To deliver the petition, protesters walked from their positions at Mass. Hall to Loeb, the former home of Harvard presidents and the current meeting place of the Harvard Corporation, the University’s highest governing body. The building was guarded by Harvard University Police officers and bordered with police barricades. 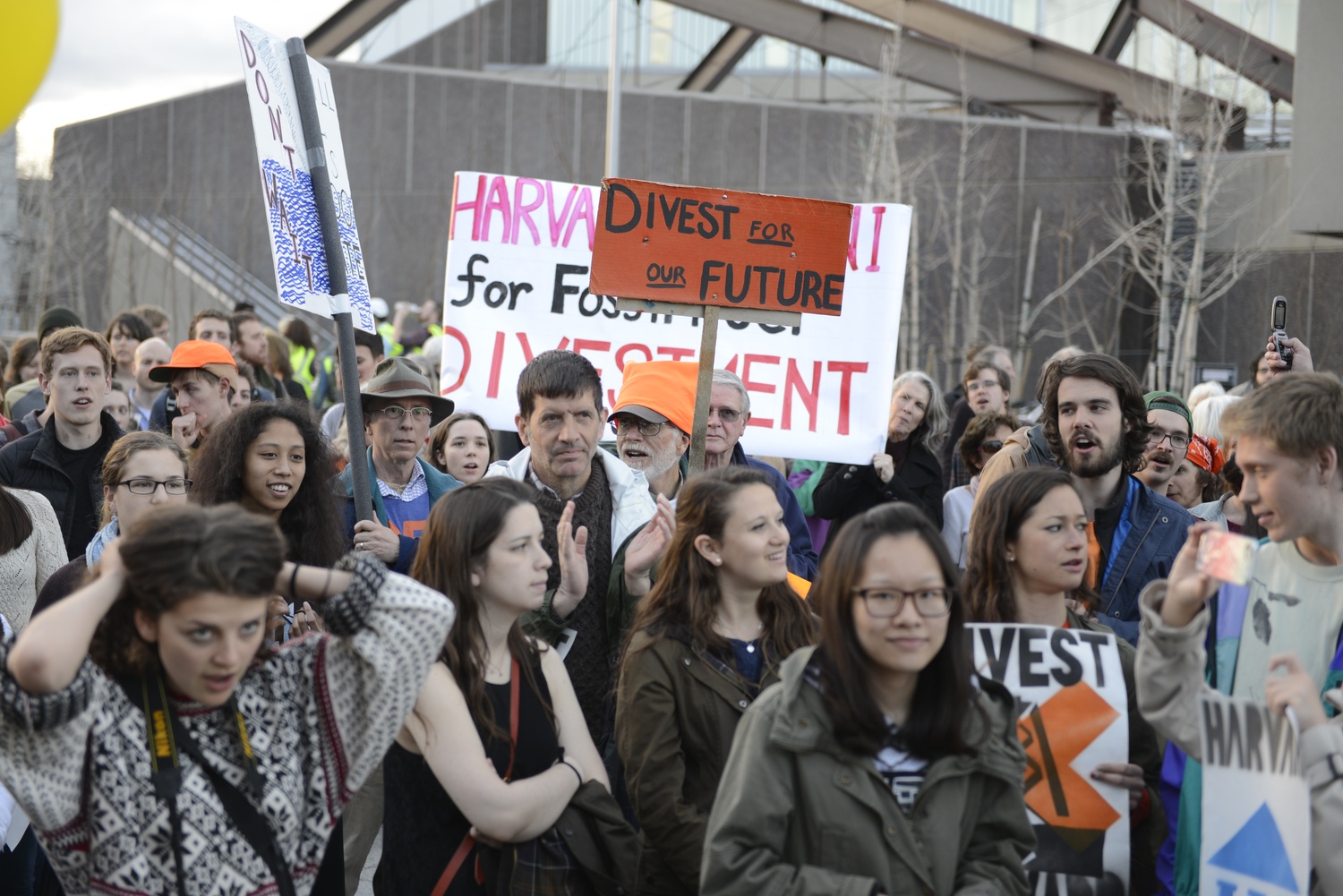 Protesters gather in the Science Center plaza for the closing rally of Divest Harvard’s “Heat Week” on Friday evening. By Alana M Steinberg

After a short negotiation with an officer stationed at the entrance, Sidni M. Frederick ’17, who is a current Crimson Multimedia comper, walked through the fortification to deliver the petition and a letter from alumni. Former Harvard University Professor Cornel R. West ’74 and Medical School professor James M. Recht followed. More than 100 demonstrators chanted and sang protest songs, before returning to their blockade.

At a rally preceding the march to Loeb, West and other activists spoke to the protesters, denouncing Faust, who has repeatedly argued against divestment, maintaining that Harvard should address climate change through research and teaching.

In the afternoon, Divest Harvard held an open forum. The forum, which took place in a Harvard Hall classroom decked out with balloons and buckets of candy, featured Divest Harvard members and faculty and alumni affiliates discussing climate change and fielding questions from the audience.

On Friday night, hundreds of Divest Harvard supporters gathered in the Science Center plaza for a closing rally and subsequent march through Harvard Yard. Members from divestment campaigns at MIT, Tufts, Brandeis, and Boston College were also present.

“Heat Week,” which marked Divest Harvard’s largest set of demonstrations since the group’s conception in 2012, started on Sunday when members first blockaded all entrances to Mass. Hall, as previously planned and publicized. They later hung banners all around the building and pitched tarps and tents for a week of sleeping outside.

Faust on Thursday offered to meet with Divest Harvard members on the condition they stop “disrupting university operations.” The students continued their blockade, however, and did not meet with the president.

Besides its blockade of Mass. Hall, alumni supporters of Divest Harvard occupied the Harvard Alumni Association headquarters on Mt. Auburn St. for about two days; on Tuesday, the group blocked off all the entrances to University Hall for about four hours, and on Thursday, the group again blockaded University Hall, that time for the full work day.

With their offices inaccessible for parts of the week, administrators worked from coffee shops or hotel lobbies. Few reacted with public frustration.