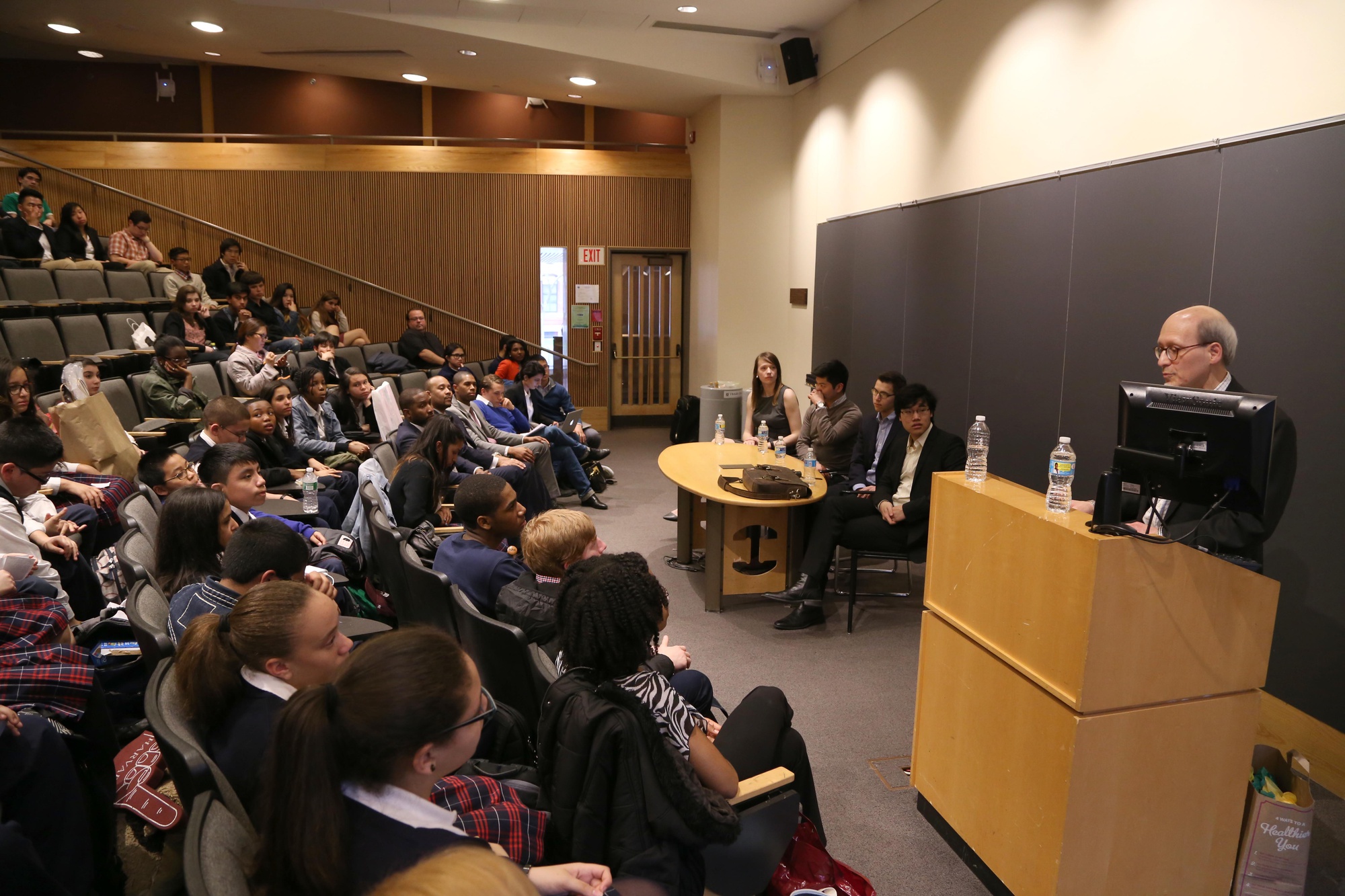 Harvard Ventures hosted an event focusing on the intersection of entrepreneurship and personal empowerment on Friday afternoon at the Fong Auditorium.
By Jasmine Hakimian, Crimson Staff Writer

Entrepreneurs of various backgrounds discussed their paths to success with an audience of Harvard students and schoolchildren from underserved New York City communities at Harvard Ventures’ Entrepreneurship and Empowerment event on Friday.

The event began with a keynote by Robert N. Shapiro ’72, a former vice-chair of the Harvard Board of Overseers, who said that future global interchange will “depend more and more” on developing an understanding of different people and cultures. 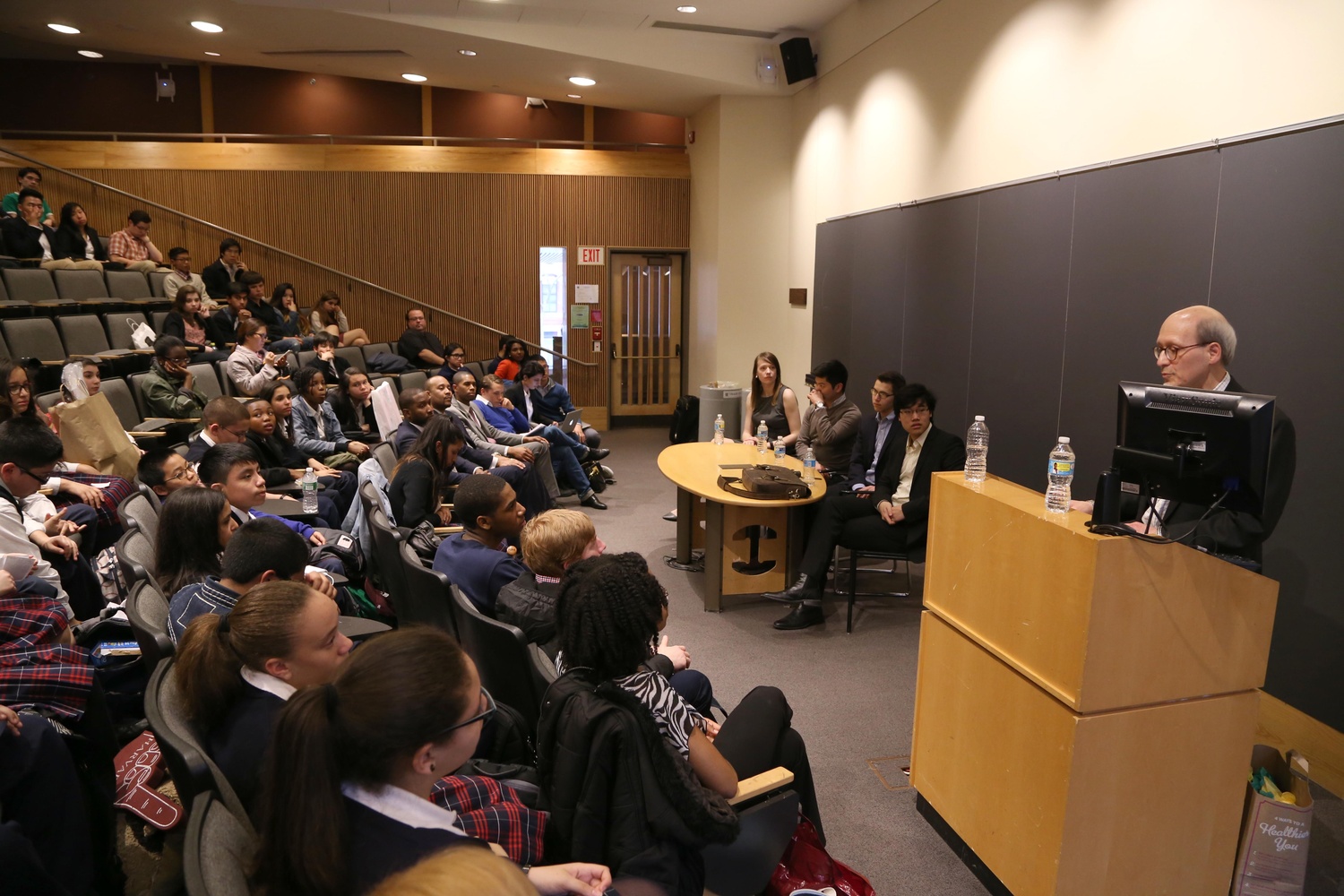 Harvard Ventures hosted an event focusing on the intersection of entrepreneurship and personal empowerment on Friday afternoon at the Fong Auditorium. By Madeline R. Lear

Shapiro encouraged the audience to diversify their academic pursuits. “As you are studying all of the STEM subjects, you should be complementing them with the humanities that enable you to understand the people and cultures you are dealing with,” he said.

One of the organizers of the event, Joseph W. Kahn ’18, said his interest in social entrepreneurship motivated him to develop the event to provide children from underserved communities exposure to entrepreneurship.

Following Shapiro’s keynote, panelists from three groups—young, experienced, and social entrepreneurs—described their ventures. In between the three panels, schoolchildren presented their own ideas to the audience.

According to several speakers during these panels, taking advantage of opportunities drives success.

Anthony Davenport, CEO and founder of Regal Financial and a speaker in the experienced entrepreneur panel, credited his success to his realization of an opportunity to develop a business to teach people about credit.

Reflecting on his experience losing money in his real estate endeavors during the financial downturn, Davenport said that he then realized that “a lot of people were suffering from the same issues who needed help getting back on their feet.” The ability to help people with credit continues to motivate him in his career to this day, he said.

Brendan Lattrell, CEO and Founder of Grapevine, said that not wanting to give up on his ideas was a large determiner of his success, as was seeing a space in the market for helping various brands sell their products by working with Youtube stars.

In the social entrepreneurship panel, CEO and Founder of Pursuit Sports Group Romone F. Penny said he developed his financial strategy consulting firm based on the prospect of not only helping professional athletes remain financially stable, but also using those athletes as ambassadors of financial education to impact “the community from a financial standpoint.”

—Staff writer Jasmine Hakimian can be reached at jasmine.hakimian@thecrimson.com.