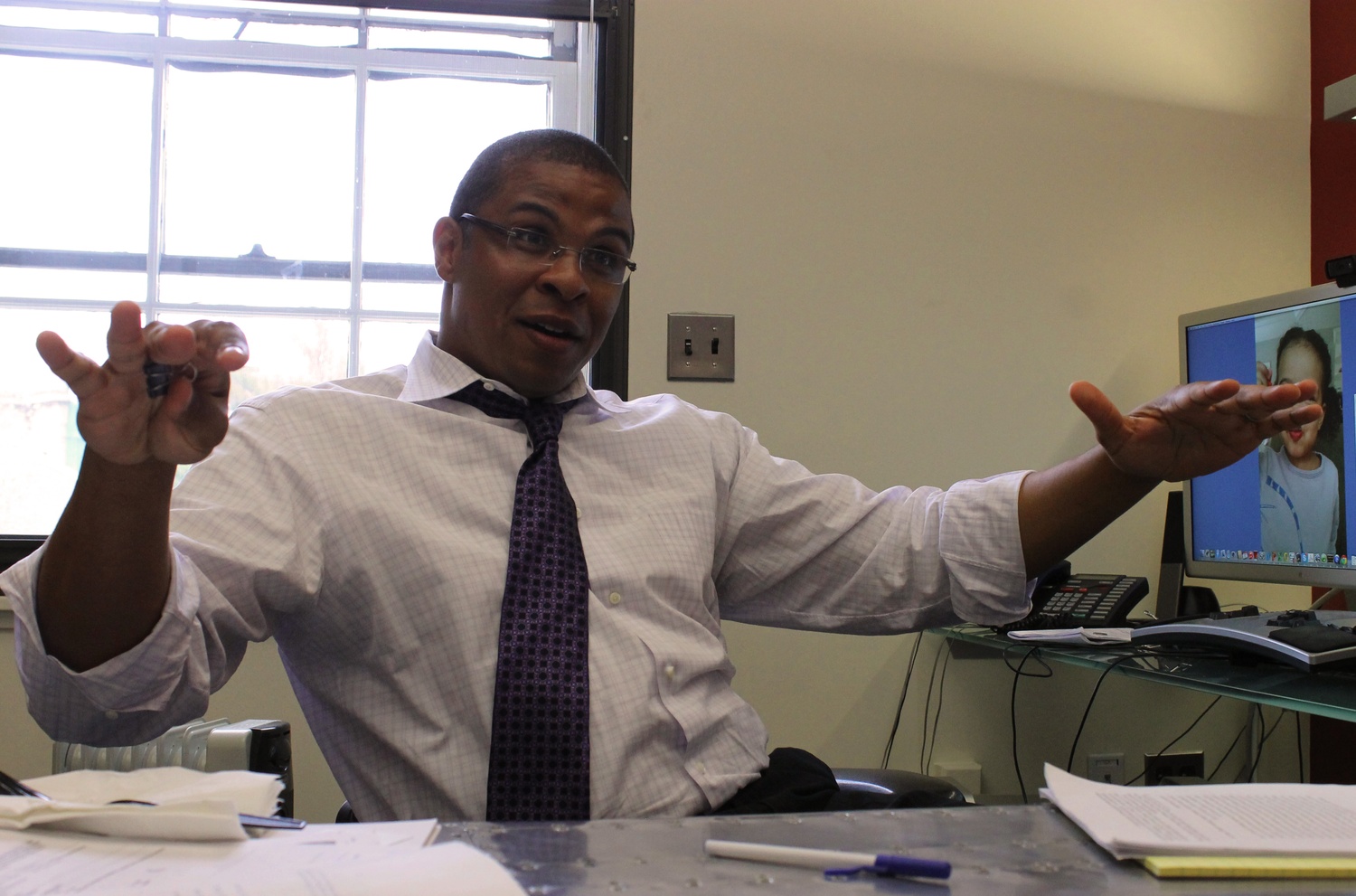 Roland G. Fryer, this year’s John Bates Clark Medal recipient, speaks about his research on education for disadvantaged youths, influential mentors, and his two-year-old daughter on Monday afternoon in his office at Littauer Center. By Jennifer Y Yao
By Sharon Yang, Contributing Writer

Harvard professor Roland G. Fryer Jr. was awarded the 2015 John Bates Clark Medal this Friday in recognition of his contributions to research on the economics of race and inequality. Fryer is the first African-American to receive the award.

The honor, bestowed by the American Economics Association, is given to an American economist under age 40 in recognition of his or her contributions to the field. Fryer is one of several Harvard economists who have won the award, including Raj Chetty ’oo, Andrei Shleifer ’82, and former University President Lawrence H. Summers. Many recipients have gone on to win Nobel Prizes in economics.

The shock of winning the medal “hasn’t quite worn off yet,” said Fryer.

He added that he is particularly excited that students may be motivated to enter the field of economics to study issues of race, education, and inequality as a result of the recognition brought by the award.

Economics professor Lawrence F. Katz, a member of the Honors and Awards committee, praised Fryer in an email to The Crimson.

“Roland is an amazingly creative, innovative, and hard-working economist,” he wrote.

Other members of the Economics Department, who hosted a reception in the Littauer Center in honor of Fryer, also congratulated their colleague.

Summers, the 1993 recipient of the medal whom Fryer said he considers one of his mentors, praised Fryer’s work.

“His work has made me proud to be an economist,” Summers wrote in an email.

Fryer is currently working on several projects, such as studying the impact of high quality charter schools on students’ earnings later in life and research on the college choices of disadvantaged students.

Fryer said he recognizes the public policy implications of his work and remains open to future involvement in policy making, although he added that his current priorities remain his research and his young family.

“If called upon to serve, I would do it. I just hope I would be called when my two-year-old grows up a little more,” he said.

In the meantime, though, Fryer said he will continue his award-winning work.

“For me right now, it’s nose to the grind, working on papers, trying to do good economics,” he said.