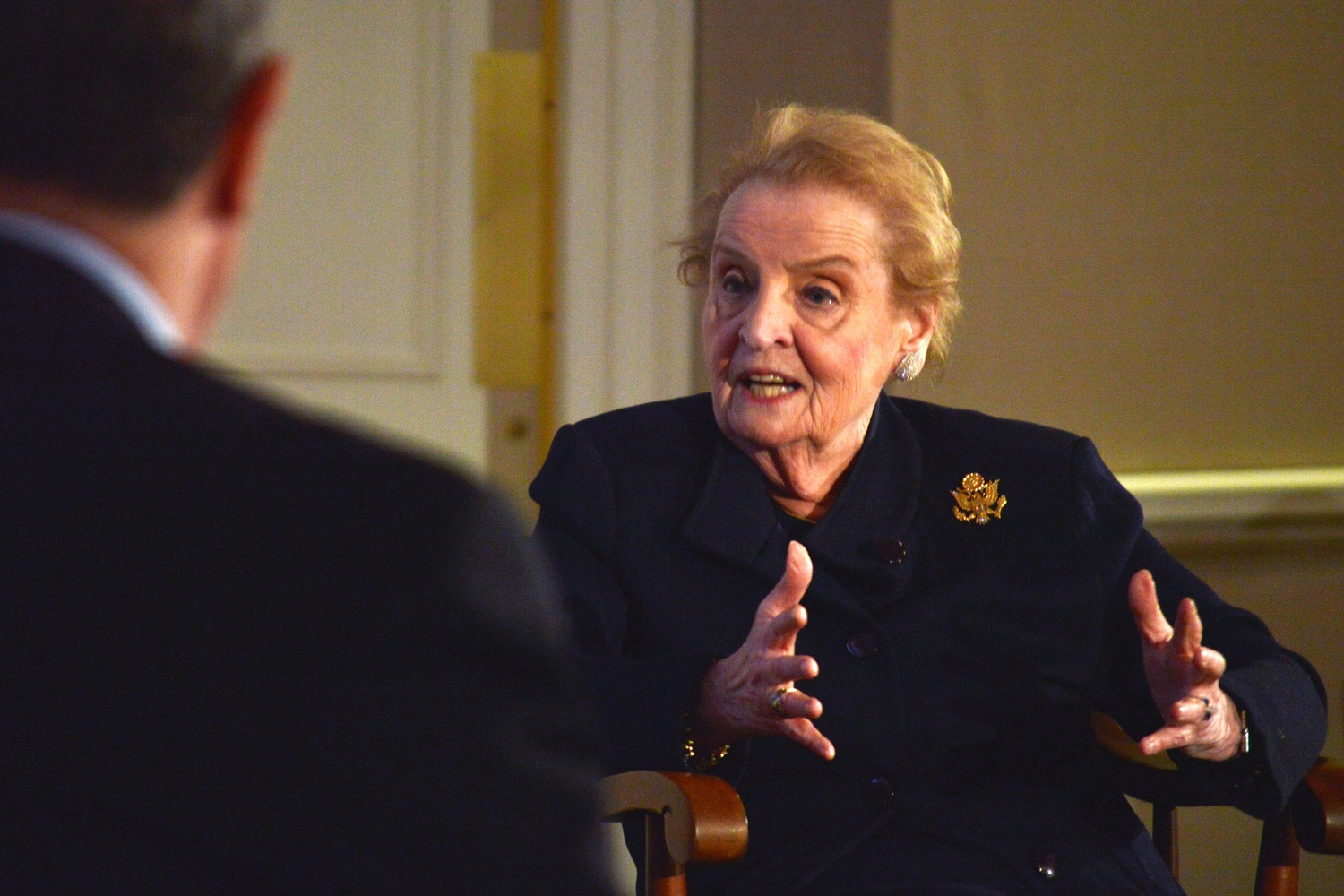 Former Secretary of State Madeleine K. Albright speaks of her diplomatic experiences with Slobodan Milošević and other challenging negotiations during her time with the Clinton Administration. She spoke as part of a larger project focused on diplomacy, negotiation, and statecraft organized by the Harvard Business School. By Y. Kit Wu
By Sharon Yang, Contributing Writer

Former Secretary of State Madeleine K. Albright spoke about her experience in international negotiations and interpersonal diplomacy as part of a panel hosted at the Harvard Business School on Thursday.

At the event, she discussed her time as the U.S. Ambassador to the United Nations as well as her role as the first female Secretary of State, and touched upon her involvement in negotiations in the Balkans, Russia, the Middle East, and Asia.

Albright praised listening skills as integral to successful diplomacy. She cited the ability to comprehend the needs of the other side during a negotiation as helpful in determining areas of common interest.

“The basis of any successful negotiation is to understand what the other person needs,” she said.

She also emphasized the importance of building personal relationships several times throughout the event, noting how a personal rapport could help move the diplomatic process along.

“The human relationship makes a big difference,” she said. “You don’t have to like everybody, but you do have to know what makes them tick.”

In addition, Albright spoke about a “toolbox” available for diplomatic action. She named the use of force, law enforcement, intelligence, and economic tools as supplements to bilateral and multilateral diplomacy.

Albright cautioned that purely diplomatic solutions were insufficient. She cited the lack of political will as a major obstacle in resolving issues like the continuing Israeli-Palestinian conflict.

“It’s so tragic, because we know how to solve this, we really do. I keep going back to the [lack of] political will,” she said.

She also highlighted the unique challenges she faced as the first female to assume the position as the top diplomat for the United States.

“There is an attempt, if the person on the other side is a man, to think that he can charm you, and you’re just a pushover,” Albright said. “I ultimately got to be known as not a pushover.”