Love Harvard by Critiquing It 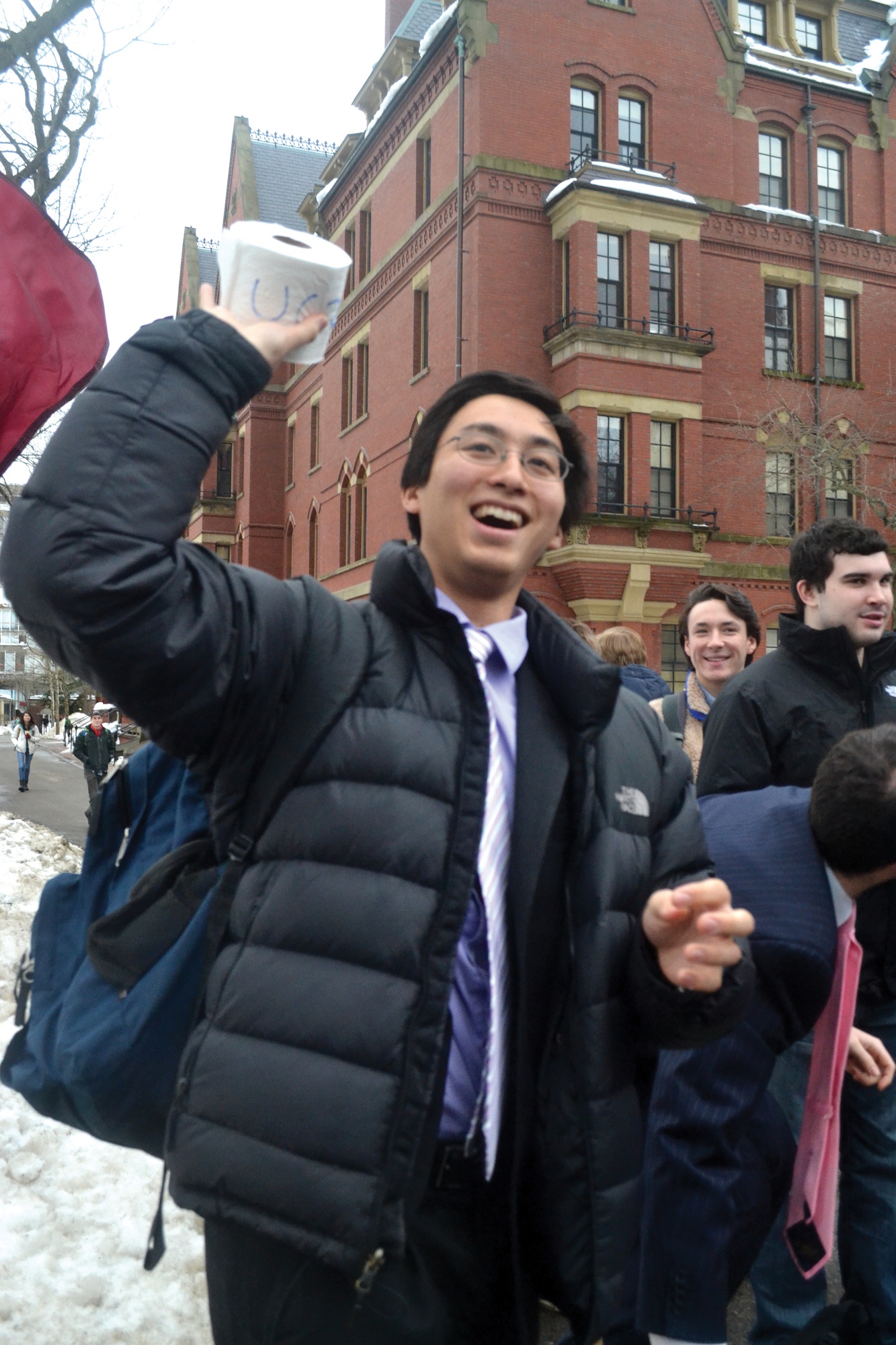 The Crimson asked for a short essay for the Commencement issue. I thought essays were done after finals period, so, please, pardoon my proofreeding.

Former Undergraduate Council President Gus A. Mayopoulos and I thought long and hard about topics to write about. On the shortlist: “The Value of Unexpected Friendships: How Gus and Sietse Became Pals”; “The Importance of Staying Engaged as Alumni: THANK YOU KEN GRIFFIN”; and “Second Chances: Life of Gus Mayopoulos, the Serial Resigner.” 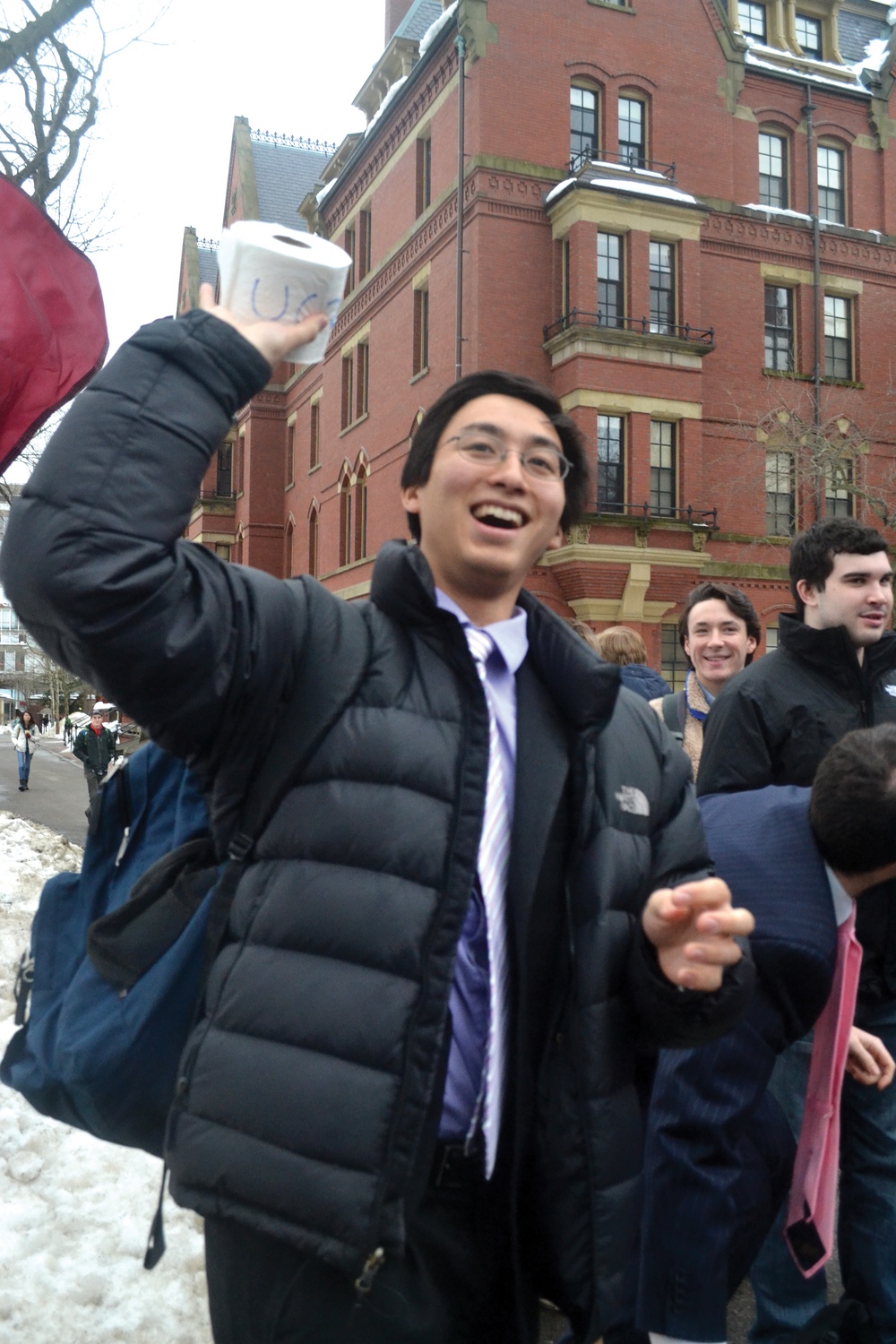 In the end, I decided to go with four brief but hopefully meaningful lessons Gus and I learned at the helm of the UC.

1. Critique this University because you love it. Harvard is obviously a great institution with brilliant, well-meaning faculty and first-rate academics, and we’re grateful to have been a part of it. But no school is perfect, and we should never be afraid to point out ways in which Harvard can better itself:

Unsatisfactory sexual assault policies and resources. Poor Gen Ed curricula. Lack of wheelchair accessibility in most dorms and Houses. A dearth of above-ground spaces on campus to promote diversity and inclusion. Frankly speaking, these are somewhat embarrassing issues, and Harvard shouldn’t hide behind the veil of its prestige to pretend they don’t exist.

So we criticize our beloved college (respectfully, of course) because we really do care about this place and want to see positive change.

When the UC held a public rally for $250K in extra funding or when we demanded more student voice in University decisions, we realized it would make some students and administrators a little uncomfortable. Erring on the side of being more “confrontational” at times wasn’t an easy choice, but in retrospect we feel it was the right one.

Change happens not when people are complacent with the status quo, but when they speak up and hold a vision for an even better future. In the words of Robert Kennedy, “Some men see things as they are and say, ‘Why?’ I dream of things that never were and ask, ‘Why not?’”

2. Decisions here frequently follow the money. More often than you might think, budgets and balances are what explain most decisions and situations at Harvard.

Why don’t we have hot breakfast every day? Budget constraints (HUDS is funded only by our board fees, and is not subsidized by the College) Why is subsidized House storage being phased out? Budget constraints (it would cost millions to cover storage fees for every student). Why is Stillman Infirmary cutting back overnight care? Budget constraints (limited resources need to be shifted towards improving daytime care and mental health services). In a place where aspirational goals and idealism run strong, budgets are often the “limiting reagent.”

As President Faust correctly reminded us in our first UC meeting with her in February 2014: “Money doesn’t fall from the sky.”

Sometimes this is perceived as the College not caring about its undergrads. While I share some students’ frustration, I would beg to differ on that point. Administrators do genuinely care about undergrads. Some of the nicest, most thoughtful, most compassionate people I’ve ever met worked in the Dean’s Office, the Office of Student Life, and the Title IX office. I have tremendous admiration for the leaders of Harvard. Yet inevitably, sometimes that gets lost in the bureaucracy that defines a large university like Harvard.

That’s not a bad thing per se. Bureaucracies are a fact of life. Budgets keep us realistic. Tradeoffs are impossible to avoid.

3. Students here have vocal opinions and disagree about almost everything—and that’s fabulous. Keep it up.

Anyone who visits a UC meeting is no stranger to the constant raucous debate over issues as weighty as inclusivity and as petty as Robert’s Rules of Order (a style of parliamentary procedure). Throughout our term on the UC we also saw immense discord among the student body over divestment, the honor code, and final clubs.

Discussion over these topics, while sometimes frustrating, is very valuable. It made our job harder because we knew we could never satisfy everyone. But we all grew a lot from the conversations that took place.

4. As alumni, you wield great power at Harvard—stay engaged and use that influence in effective ways. On so many occasions, decisions (concerning Smith Campus Center plans, student group endowments, House storage timelines, and more) depended heavily on catering to the alumni community and their opinions on what they thought was important.

Harvard definitely prioritizes its alumni—which is great, especially now that we’re alumni—because the alumni are such a huge source of money and prestige for our university. We’ll all be joining that wonderful community as we graduate, but just know that with great power comes great responsibility.

So what can you do? Of course you can donate to Harvard via the capital campaign and support terrific, groundbreaking new programs like the Harvard Financial Aid Initiative or House renewal. Generous alumni donors have undeniably transformed the face of Harvard for the better.

However, there are other, equally important methods, too. Not everyone can (or wants to) donate large sums to Harvard, but everyone can stay aware of University issues and effect change in other ways. Read The Crimson. Read the Gazette. Stay an active citizen when it comes to campus issues. Advocate for policy reforms even after graduating. As an alumna or alumnus your voice actually matters—in some circumstances, it can be far more powerful than when you were an undergrad.

TLDR: Harvard is a complicated, at-times-frustrating, but certainly beautiful place. If you care deeply about it, continue critiquing and improving it, now and in the future.

What will you do to make a change?

Sietse K. Goffard ’15 is the First Marshal of the Class of 2015 and the former vice president of the Undergraduate Council.