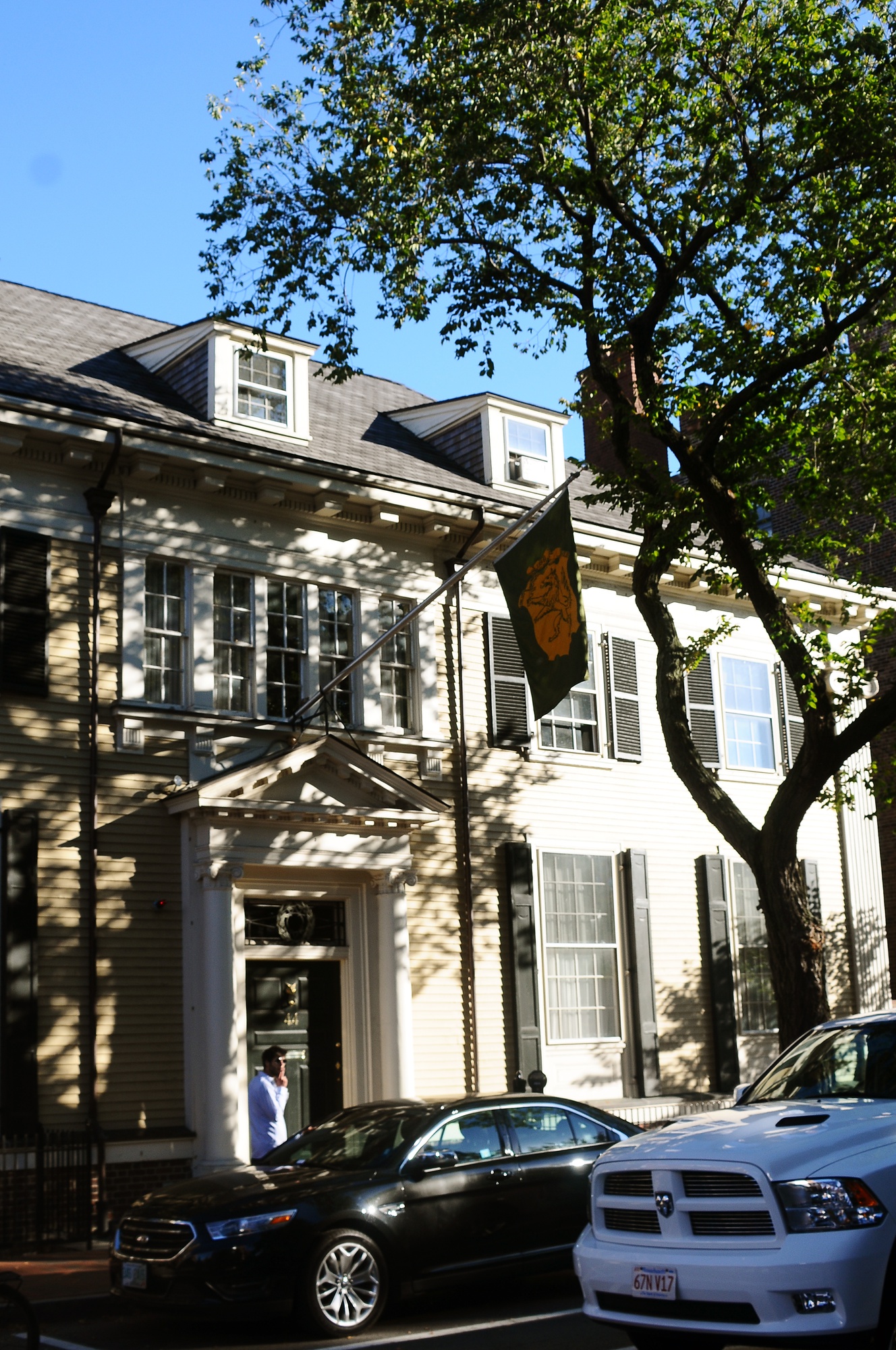 Following a year of administrative scrutiny of Harvard’s unrecognized social organizations, one all-male final club recently tightened its guest policy in an effort to reduce liability.

Fox Club graduate board president Douglas W. Sears ’69 said Monday that non-club members will not be allowed in the Fox, an all-male final club located on JFK Street. Only when events are planned with grad board approval in advance will guests be allowed in the club.

“Bottom line, the grad board said that this is a private club and we’re not having guests,” Sears said.

The Fox Club. By Özdemir Vayısoğlu

Sears said the Fox’s grad board wanted to return the club to its original purpose: to facilitate friendships between its members rather than serve as a party space for the College.

Sears, who was formerly president of the now defunct Inter-Club Council and who has been involved in the final club graduate board network for more than 15 years, has routinely argued that because there are few party places at Harvard, final clubs bear the unwanted burden of providing a social scene to the College.

Sears said that the no-guest policy was not a direct response to administrators, but he thinks they share the same goal of the club’s grad board in trying to make the Fox serve less as a space for “random ad hoc venue-type events.”

Dean of the College Rakesh Khurana declined to comment on whether or not he had any conversations with clubs regarding their guest policies.

Khurana follows a line of administrators that have had to navigate the College’s historically fraught and fragile relationship with its social clubs. This year, he has vamped up attention to the College’s unrecognized social scene, which plays host to numerous male and female final clubs, fraternities, sororities, and several other social groups.

Behind the scenes, Khurana has met with members of unrecognized clubs and pushed them to reconsider their practices. In March, he blasted a controversial party invitation circulated to some students by the all-male Spee Club.

While the all-male Fly Club does not have a no-guest policy, John L. Powers ’70, the Fly’s graduate board president, said the club annually revisits its guest policies. Powers added that no-guest policies have more to do with liability concerns.

“I think that the consideration of no-guest policies has more to do with potential liability and less to do with pressure from the College since the final clubs are unrecognized and not subject to Harvard’s jurisdiction,” Powers, a former Crimson sports writer, wrote in an email.

Faced with liability concerns in the late 1990s after the death of an MIT student at a fraternity, several final clubs tightened their guest policies.

More than a dozen undergraduate members of the Fox did not respond to requests for comment.