As Harvard tackles climate change in the lab, some say research is not enough 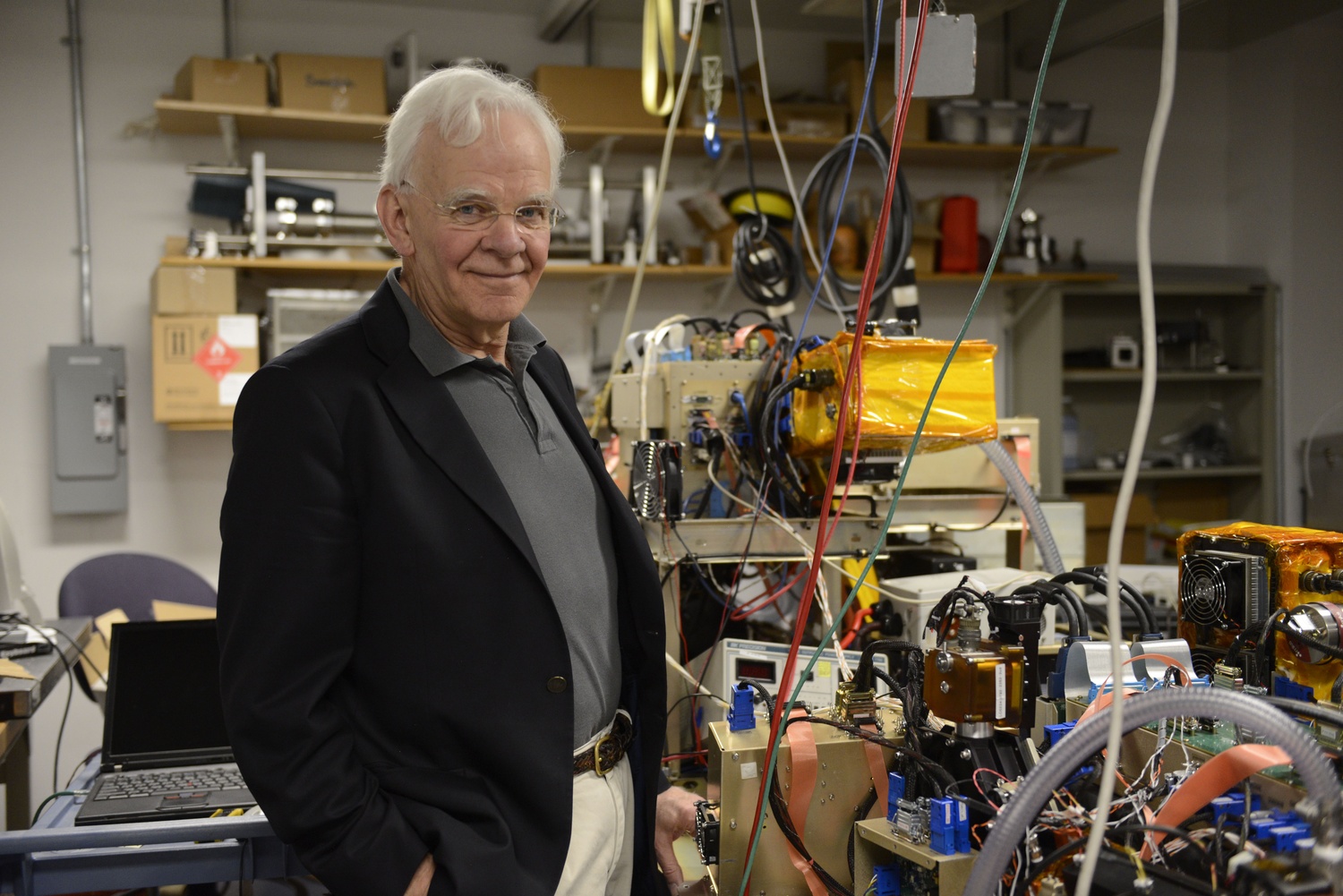 Chemistry professor James Anderson leads a research team of 20 that focuses on the interaction between climate and energy. By Alana M Steinberg
By Luca F. Schroeder and Zara Zhang, Crimson Staff Writers

Faust’s stance against divesting Harvard’s $35.9 billion endowment from fossil fuels has remained steadfast in the face of numerous sit-ins and demonstrations by students, alumni, and faculty affiliated with the activist group.

“The funds in the endowment have been given to us by generous benefactors over many years to advance academic aims, not to serve other purposes, however worthy,” Faust wrote in a 2013 letter on divestment that remains the University’s official position. “The endowment is a resource, not an instrument to impel social or political change.”

Yet various faculty members and students at Harvard diverge on their assessments of the size, scope, and effectiveness of Harvard’s research on specifically climate change, and for some, the battle over divestment remains at the forefront of the issue.

Part of what may lead to divergent views of University programs are the difficulties and ambiguities in quantifying Harvard’s academic and financial commitment to climate change.

Vice Provost of Research Richard McCullough, who oversees research at the University at large, emphasized that energy and environmental research is one of his top two priorities, but said decentralized accounting across the University made estimating total research expenditures in this area difficult. McCullough said one of the offices he oversees estimated that $71 million in research grants were awarded to energy and environment research since 2009, but noted that the actual number would probably be higher since only grant titles, and not more detailed descriptions of work, are used to categorize the subject of research. The University’s annual research expenditures in 2014 totaled $851 million, according to McCullough.

How one defines research and education related to climate change also makes a big difference: For Divest Harvard member and Applied Physics graduate student Benjamin Franta, much of the work being done by faculty affiliated with HUCE is only tangentially related to addressing climate change.

“If they’re going to only limit themselves to that far-off, very uncertain, not timely research that’s needed for a very timely problem they should say, ‘We’re not working to solve climate change,’” he said. “We don’t have a very long clock on this particular problem.”

David W. Keith, a professor at the Kennedy School of Government and the School of Engineering and Applied Sciences and a signatory of an open letter to Faust urging divestment, also argued that by his count, there are only a handful of courses about the policy and technology of emissions reductions “central” to solving the climate change problem. 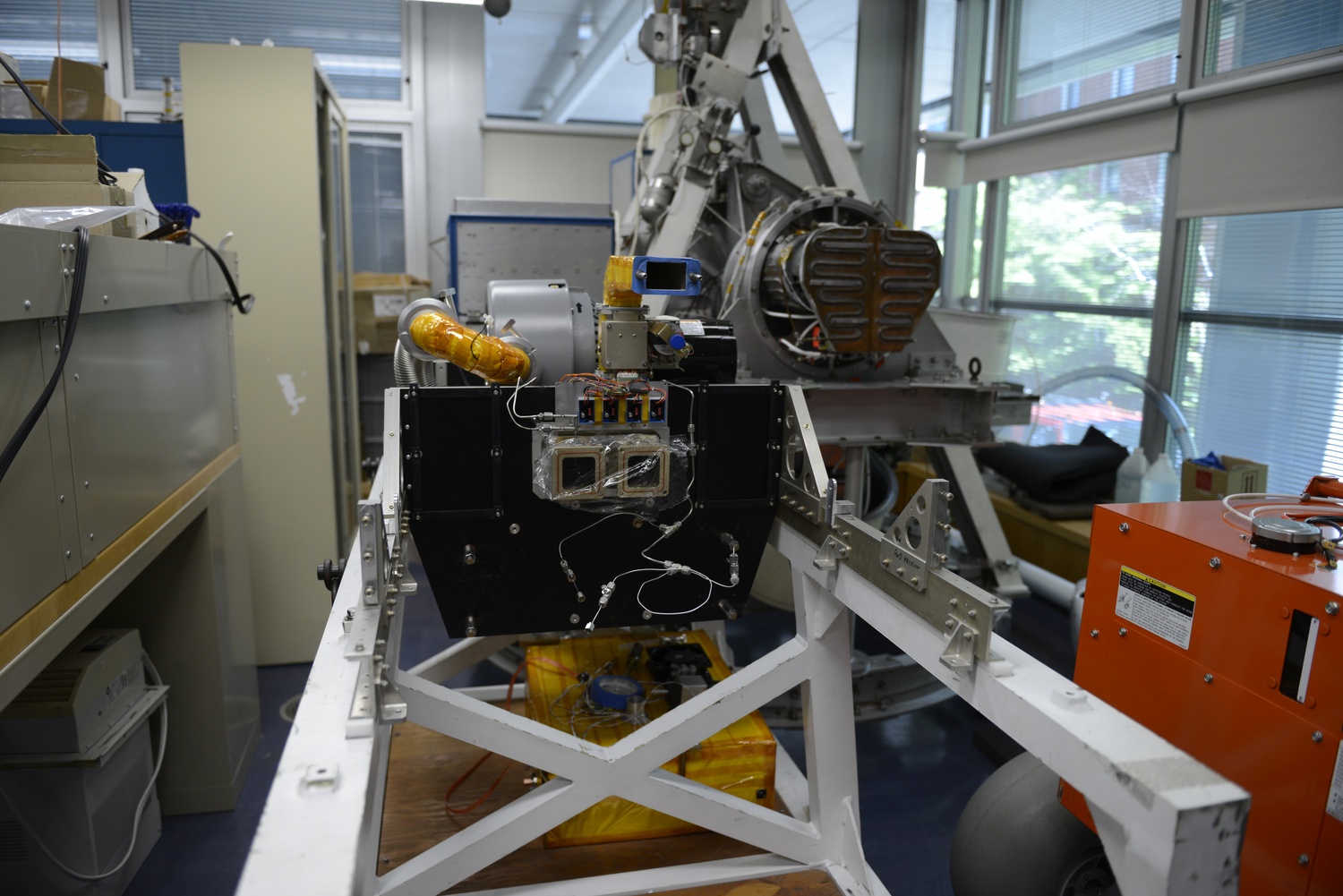 But for McCullough and Environmental Science and Engineering professor Steven C. Wofsy, who sits on HUCE’s steering committee, climate change, energy, environment, and sustainability are fundamentally inseparable topics, suggesting that the University’s numbers are not only accurate but may even be underestimates.

Earth and Planetary Sciences professor Zhiming Kuang, for one, “thinks a lot about tropical convection—you say, is that really climate?” said Wofsy, giving an example of how it is sometimes difficult to immediately identify research related to climate change. “Well, yeah, tropical convection is the firebox that drives the atmosphere…if you don’t understand how big thunderstorms work, you can’t make meaningful models of it.”

Wofsy said that though Harvard is perhaps not engineering immediate solutions to climate change, the University’s professors and students are conducting environmental research that would shape policy in 10 years and beyond.

“There are some people that tell you about climate change, and that’s what it’s going to be, and then there are others that are actually trying to understand what happens…and you have to understand it to mitigate it,” McCullough added.

Whatever the absolute size of Harvard’s commitment to climate change research may be, increased attention without a doubt has been given to the environmental sciences in general in recent years. Wofsy said Environmental Science and Engineering has seen three faculty appointments this year, what he said was a significant increase for an area that has only 10 core faculty in SEAS. The department also expects an average of 30 concentrators every year, about six times the number it had just five or six years ago.

McCullough also pointed to the University’s new $20 million Climate Change Solutions Fund, which awarded roughly $800,000 to seven research teams this year, as evidence that environmental research is a top capital campaign priority for his office and for Faust.

Professors and administrators such as Wofsy argue that Harvard is uniquely prepared to meet the climate change issue with an interdisciplinary solution uniting policy and science, but for others, Harvard’s historically decentralized structure raises questions about its ability to connect researchers from across the University.

“I think we need to strengthen the link between SEAS and the Kennedy School,” said Keith, who holds a joint appointment at both schools. “We don’t have enough connection between people who are cutting-edge at the relevant science and tech and industry that’s actually developing solutions, nor with those people and policy people who understand [the] world of politics.” Keith said Harvard should prioritize hiring faculty with expertise in multiple facets of the energy and environment debate to bridge the gap.

For some, HUCE is already bridging that gap. The center’s managing director, James I. Clem, described its role as “convening and coordinating” researchers from different schools in an effort to bring Faust’s spirit of “One Harvard” to the environmental space.

“We want to make sure that the people making breakthroughs in renewable technology are in touch with the people at the Business School, at the i-lab, with the policy people at the Kennedy School, that that collaboration is happening,” he said.

Clem, though, also acknowledged that Harvard’s decentralization might lead to schools being “preoccupied with what they’re doing” and not “necessarily connected to the other parts of campus.”

McCullough, who views his role as “matchmaking” researchers across the University, points to the fact that Harvard recently received two large Energy Frontier Research Center grants from the U.S. Department of Energy—one worth $12 million—in a year when many institutions lost theirs as evidence that research efforts have begun to transcend decentralization.

“You can’t win them unless you have people marching in lockstep—it’s not a fake collaboration,” McCullough said. “When leaders at the University stand up and say, ‘Energy and environment, climate change solutions [are] important,’ it has a tremendous impact on the University….People tend to rally around these issues.”

Some are also concerned that even if the University’s research efforts are able to produce the breakthrough policies and technologies needed to address climate change, political realities in Washington and around the world—which in some respects are working directly opposite sustainability research—will stall their implementation and further developments.

“The speed at which technology is developing is adequate to keep up with climate change, but they have to be incorporated immediately after they develop,” Chemistry professor James Anderson said. “Congress right now is trying to eliminate research on climate problems—this is really a serious breakdown in the governance of this country.”

Wofsy pointed to the capital-intensive nature of energy infrastructure as a reason it is difficult for businesses and governments to rapidly incorporate developing technologies.

And further climate research could stall as most institutions are experiencing 8 to 12 percent decrease in federal funding for scientific research, according to McCullough. Though Harvard has been relatively less affected by this trend, receiving 3 to 5 percent less funding from Washington than past years, researchers say they can already feel the impact.

Chemistry professor Roy G. Gordon ’61 said seed funding from Harvard for research projects would be critical going forward in producing the results needed to land larger federal grants. An ongoing battery storage research project that Gordon leads, for example, was recently able to obtain funding from the Department of Energy after SEAS seed funding allowed it to generate some preliminary results. 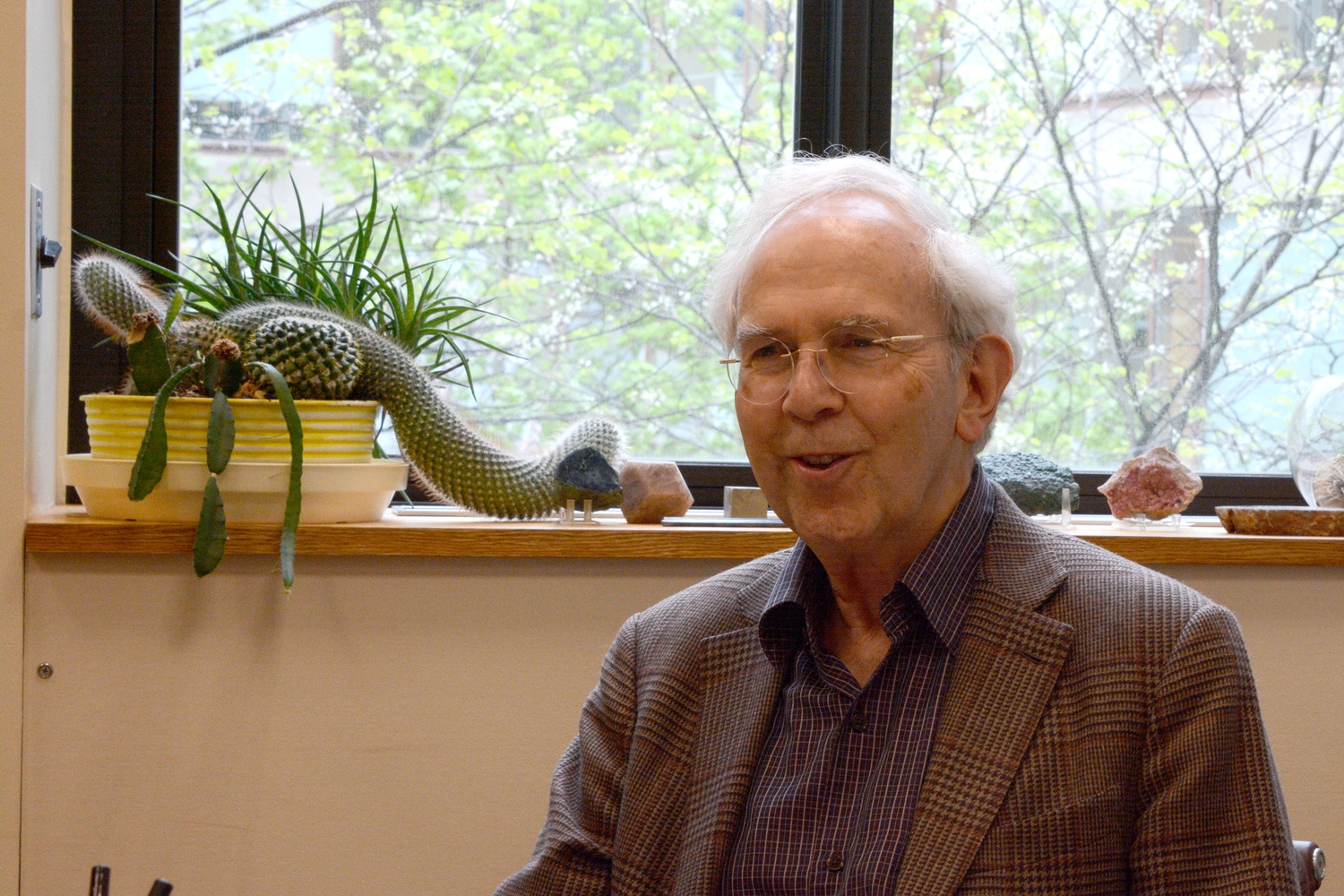 But for Franta, slow adoption of research findings by change-averse political and business circles is a reason for why laboratory work alone is not enough to address climate change.

“I’m not trying to bash teaching and research—I think they’re incredibly important...but I think we just simply need to be honest with ourselves,” Franta said. “If we really want to solve this problem in the time frame that we have available, we need to be honest about what is actually going to make a big difference in that time.”

Some, however, view climate change as a fundamentally long-term problem to which the University can best contribute as a research institution alone. Business School professor Rebecca M. Henderson credited research with informing society of the dangers of climate change and subsequently uncovering potential mechanisms to address them.

“It’s an incredibly difficult collective action problem, and without the work of the scientists who brought it to our attention we wouldn’t even be talking about it,” Henderson said. “I think not to do research is to shoot our eyes out.”

McCullough similarly maintains that research is the University’s most appropriate response to climate change.

“We’re focusing on the problem in exactly the way that universities should focus on the problem,” McCullough said. “[And] we’re talking about the planet, it’s just not something that we can pull the string and all of a sudden there’s no climate change—it’s a really complicated and long-term issue, something we’re going to live with for a while.”

But for Franta, a little hope at least lies in his perception that research will inevitably propel the University to take that final step towards divestment and match its commitment to a sustainable campus and research with action.