For Low-Income Students, the Cost of Books Can Be a Burden 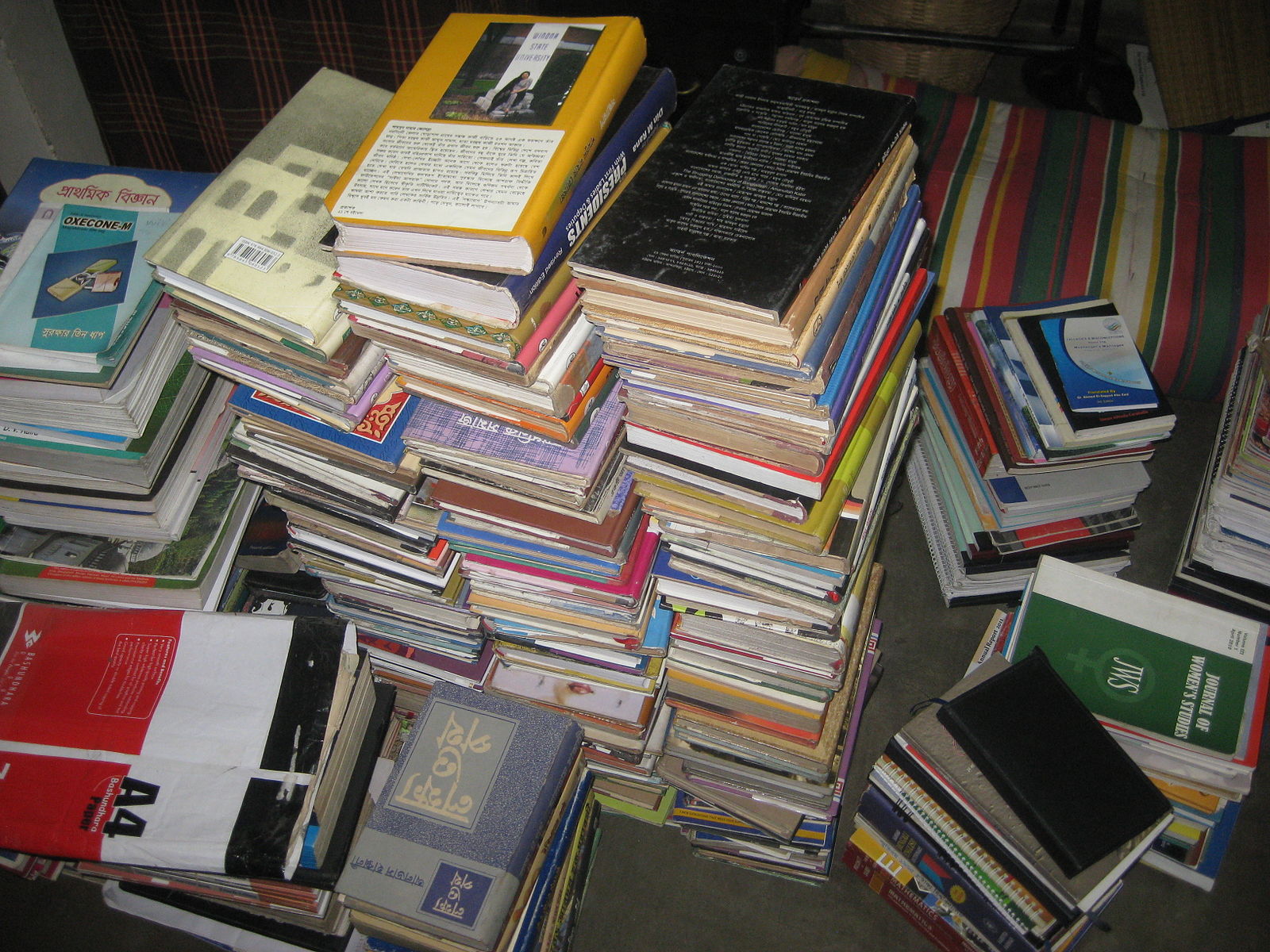 For many students at Harvard, course selection is hectic enough. But for some students, particularly those from low-income backgrounds, shopping for books and course packs delivers added stress.

Even at a school acknowledged to have one of the most generous financial aid programs in academia, students at Harvard still run into barriers created by costly course materials.

Jasmine A. Fernandez '16, a member of the Harvard College First Generation Student Union, said she often sees this challenge up close. “I distinctly remember one of my friends telling me that there was this education class that he really wanted to take,” Fernandez said. “It was about social disparities in the U.S. education system, and it really hit close to home.”

After realizing the course required multiple books that added up to hundreds of dollars in expenses, Fernandez said, her friend decided to look elsewhere for a less financially burdensome course.

“This class is talking about the social disparities within education, and it’s actually providing that barrier for him,” Fernandez said.

For more than a decade, the Financial Aid Office has conducted a survey of the price of books among the top 25 most widely subscribed fall courses. For the 2014-215 academic year, the average cost on a student for a year of books was estimated at $1,217. This data provide the starting point for expectations on the reasonable amount for students to spend on books, according to Sally C. Donahue, the College's director of financial aid. 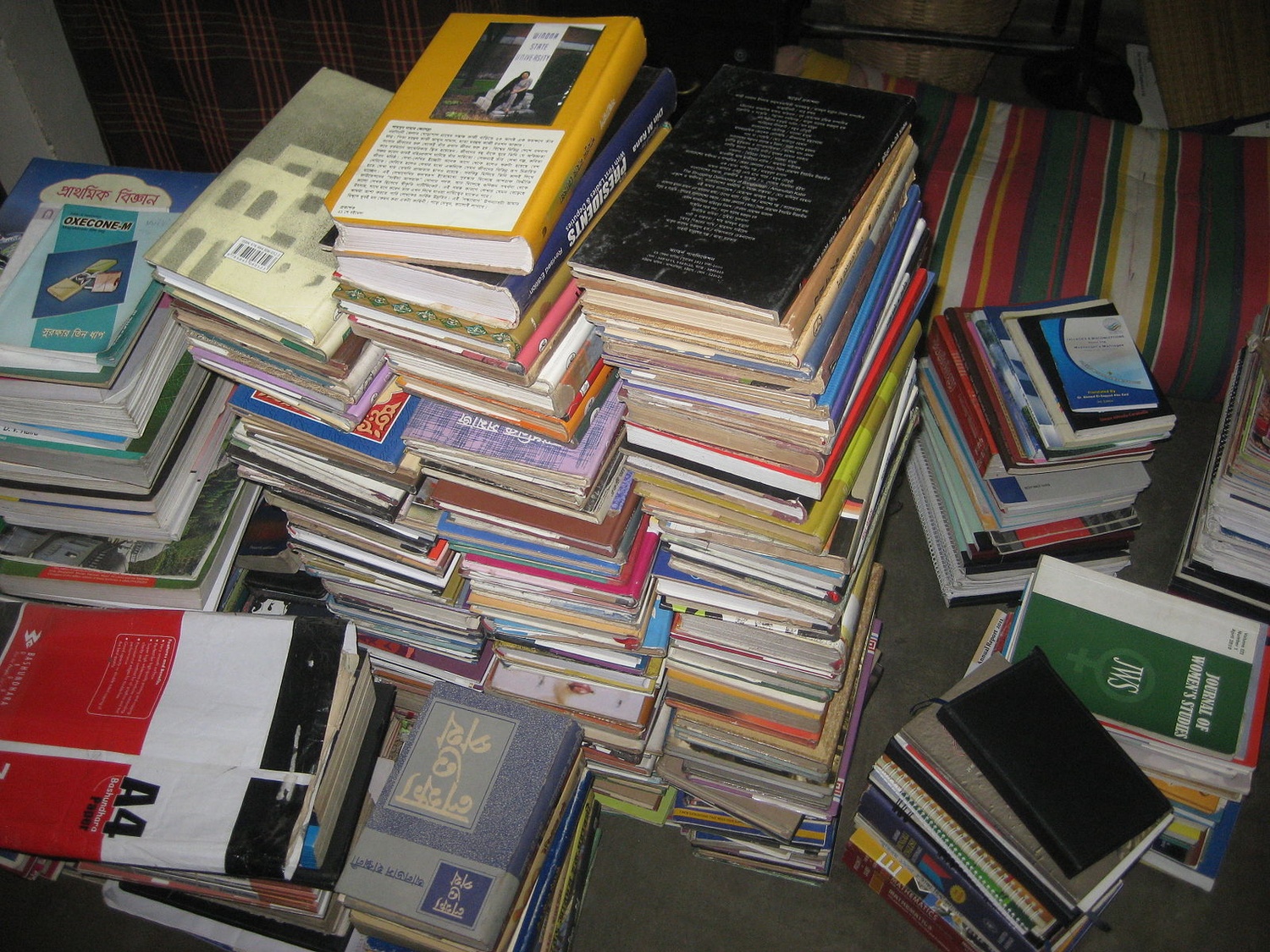 For students who come from households with incomes of less than $65,000, their parents are not expected to contribute to the cost of attending the College. The full cost of attendance not only includes the billed expenses of tuition, fees, room, and board, but also includes unbilled expenses, comprised of an estimated cost of travel and personal expenses, such as books.

But regardless of socioeconomic background, all students on financial aid are expected to contribute to the cost of attendance through some combination of a term-time job, grants, or, for domestic students, summer savings.

Term-time jobs, however, do not entirely fill the void for some students. “Yes, I have a work-study job, that does provide some money, but that’s saved up so I can go home,” Fernandez said.

And when it comes to purchasing books, a $200 textbook presents trade-offs. “I’m not going to do that, because I can’t afford it,” Fernandez said. “There are other things I need to buy, random things, like detergent, but also my flight home.”

Additionally, according to Ana M. Barros ’16, the president of the Harvard College First Generation Student Union, many students who are eligible for work-study do not immediately have a job when they come to campus in the fall, leaving them with series of undesirable options.

“These students are forced to go without the required books, take out a loan, or try to find the books in the library and risk having them recalled at any moment,” Barros said. “The cost of books can directly affect the ability of a student to be engaged in a class, and sometimes determines what classes a student can take."

When Crystal J. Johnson ’15, who receives full financial aid through the Gates Millennium Scholarship program, first enrolled at Harvard, she thought expenses like books would be covered. Johnson did not anticipate having to contribute to help cover unbilled expenses and was directed to find a term-time job. But without funds at the beginning of the semester, she was left struggling to purchase books, and other expenses, out-of-pocket.

Responding to a situation of this kind, Donahue said she would advise students to cover costs through summer savings. “Ideally, what would happen is the student would use his or her summer savings to buy books in the fall, and then would use earnings from a term-time job to cover the rest of the personal expenses,” Donahue said.

Still, expectations of summer contribution can force students from low-income backgrounds to make difficult decisions between jobs that pay and those that do not.

“Especially if you’re not doing the finance and consulting route, you can be doing research, and even if you’re getting paid, the pay can be minimal compared to other jobs,” Johnson said. “Sometimes you are only making enough to cover expenses for that summer.”

Donahue recognized that financial aid can be difficult to navigate, but emphasized ongoing efforts to clarify the process.

“We have a series of sessions with freshman in the fall where we try to go through the relationship between the term bill and the financial aid award and how they might think about personal budgeting as they are going through here in a manner that is going to maximize their resources,” she said.

HELP FROM THE FACULTY

Some professors have taken a proactive role in alleviating costs to students. Recognizing the financial demands her course presented, Graduate School of Education Professor Katherine K. Merseth, who teaches United States in the World 35: “Dilemmas of Equity and Excellence in American K-12 Education,” made the decision to alter her course materials.

“We used to require, or suggest, four or five books for the class, plus a course pack. And it became obvious that was really too much and too expensive,” Merseth said. “So we cut back and used essentially one text this last year, both in the fall and the spring.”

Associate professor of Sociology Matthew S. Desmond, who teaches Sociology 177: “Poverty in America,” addressed the issue by uploading materials for the course online.

Desmond could not be reached for comment for this story, but Melissa A. Hammer ’17, a student in Desmond’s class, said the professor "wanted to make sure this class was accessible to everybody, especially because it’s a class about poverty...He wanted to make sure all of the readings were available online so buying books or textbooks wouldn’t be a barrier to taking the class.”

Still, professors say their hands are often tied. Economics 10a: “Principles of Economics," taught by Economics professor N. Gregory Mankiw, ranks as the most expensive of the top 25 most popular 2014-2015 fall semester courses tracked by the Financial Aid Office. The required textbook, written by Mankiw himself, was pegged at $358 full cost, and an average of $269 on discount.

Mankiw said the price of his textbook is largely out of his control. “Whenever I talk to my publisher, I try to encourage them to price it lower, but as you may know the author has very little control—in fact, really no control—over textbook prices," Mankiw said. "It’s all set by the publisher."

He noted that there are cheaper options for students, as well, such as buying books used, renting them, or using electronic versions.

“No one has ever said to me, keep the cost of your course under $100, or under four textbooks,” Merseth said. “I’ve never received any direction about that. There may be somebody who worries about that, but I’ve not had any interaction with anyone on that.”

Indeed, none of the professors interviewed for this story could recall being told to keep the costs of their courses down.

Still, multiple offices advise certain professors on how much their assigned materials will cost. For courses in the Program of General Education, instructors are given a line-by-line summary of course pack costs, and texts that are unusually expensive are gently flagged, according to Laura E. Hess, the associate director of the Gen Ed Program.

“It’s not our job to police the faculty," Hess said. "We leave it up to the faculty to use their discretion, but they do get an estimate to the cost of a course pack before they approve it, so they have a chance then to decide is this in the realm of the reasonable.”

Although the Financial Aid Office surveys courses for price, it does not communicate with professors directly on making courses more affordable. “What we do is we reflect what the faculty asks students to purchase to take their course,” Donahue said.

Many low-income students at Harvard say professors’ understanding of the students they are teaching needs to change.

“A lot of faculty make the assumption that we are all from ‘modest means,’” Fernandez said.

And for leaders of the First Generation Student Union, making courses more affordable is just another step needed in making Harvard more accessible.

“Things like when the books are way too expensive to take a class and so you feel like maybe I can’t take this class,” Fernandez said. “Little things like that are reminders sometimes make you feel like this place isn’t meant for me, and maybe still isn’t ready.”

—Staff writer R. Blake Paterson can be reached at rpaterson@college.harvard.edu