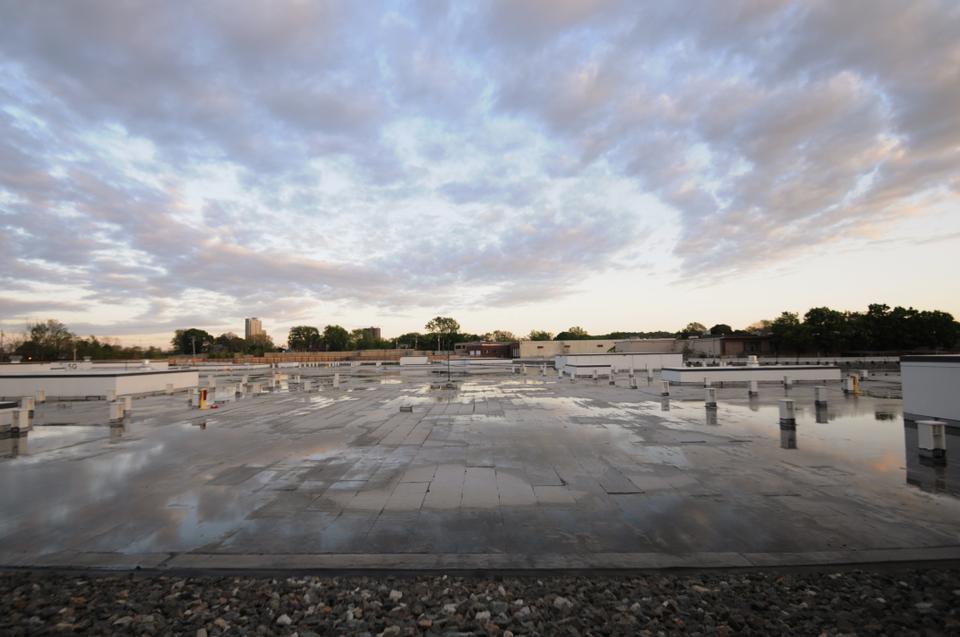 After construction was halted in December of 2009, Harvard announced that it will resume work on the Allston science center in 2014.
By Ignacio Sabate, Crimson Staff Writer

After years of construction starts and stops, Harvard officials offered more details on coming plans for the new School of Engineering and Applied Sciences complex in Allston at Tuesday’s Harvard-Allston Task Force meeting.

Representatives from Harvard Public Affairs and Communications, Harvard Business School, and the Boston Redevelopment Authority discussed the development but did not reveal floor plans or renderings.

In contrast to 2007 plans for the science complex—which then did not focus on serving undergraduates—this newer iteration will emphasize undergraduate education and research. According to Harris Band, senior director of Allston master planning, the new complex will feature a single building that will cover 586,000 square feet and feature classrooms, research labs, retail spaces, a cafeteria, energy facilities, and additional parking.

The single building—as opposed to the four smaller buildings proposed in 2007—will cover roughly a third of the property. The remaining land will be dedicated to public green spaces, with the possibility of future development on about half of this land.

SEAS, which received a record $400 million donation from hedge fund magnate John A. Paulson this summer, began construction on the new complex in 2008 as part of Harvard’s original development plan for the University’s holdings in Allston. After Harvard had laid the foundations, the financial crisis put a hold on the construction of the complex. In 2012, University President Drew G. Faust named the renewed construction of the complex a focus of Harvard’s $6.5 billion capital campaign.

According to Band, Harvard administrators believe “strongly that the planning principles that framed the 2007 project and this current project are largely the same.”

Official renderings of the complex are set to be released in the coming weeks. Behnisch Architekten is the architectural practice charged with designing the complex.

Allston residents present at Tuesday's meeting said they were concerned about undergraduates flooding the available parking spaces around the complex.

Permitting documents for the science complex will be submitted this fall, and the BRA Board is set to approve the project this coming spring. Steel framework construction is slated to begin this summer.

Harvard is also nearing its filing date for development on the new Klarman Hall on Harvard Business School's campus. William Rawn Associates will design this new auditorium, which will house about 1,000 seats, span two stories and 76,000 square feet, and replace the existing Burden Hall auditorium. The basement level of the auditorium will be connected to adjacent buildings via tunnels.

“We’re currently at design development, and we’re 65 percent designed,” said Andrew F. O’Brien, the Business School's chief of operations, who added that the developers have begun the permitting process. According to O’Brien, Burden Hall is set to be demolished in 2018.

Klarman Hall's construction will occur concurrently with the SEAS development.

“We are bringing two important projects to Harvard and running them on the same track,” said Kevin Casey, Harvard's associate vice president for public affairs and communications. “We’ve also built in a robust set of meetings to get feedback from all of you on these developments; there’s going to be multiple opportunities for conversation.”

In addition to conversations about ongoing construction work in Allston, BRA senior project manager Gerald Autler named seven of eight members of the Flexible Fund Executive Committee, a governing body charged with allocating $5.3 million from Harvard’s community benefits package to projects in Allston. Four of the executive committee members will also be members of the task force.