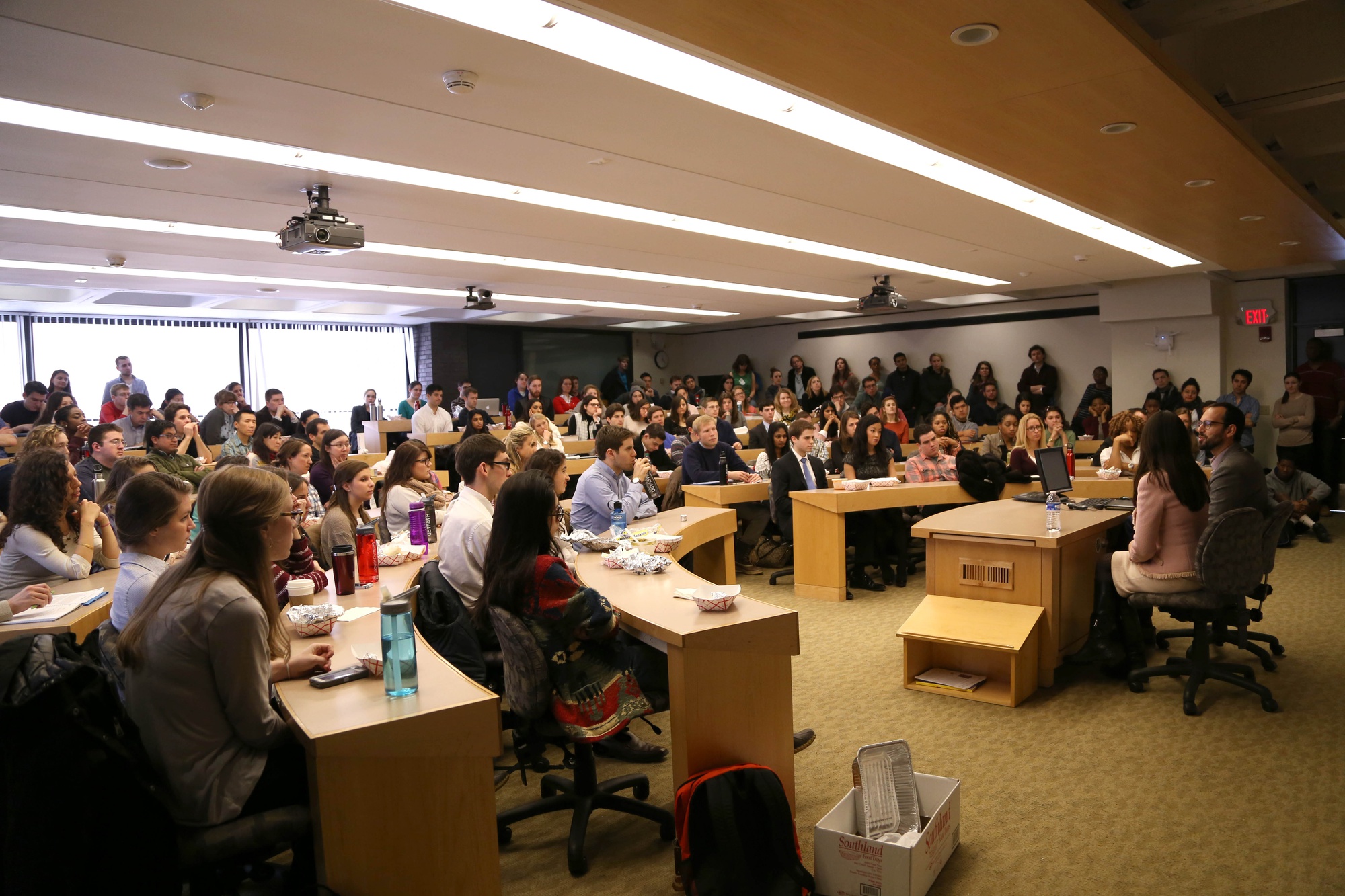 “To be able...to reason through these challenging subjects is a big part of what it is lawyers do in our society,” Law professor Jeannie C. Suk said at a panel on whether rape law should be taught in law classes on Wednesday in Pound Hall.The well-attended event featured several students sitting on the floor.
By Andrew M. Duehren, Crimson Staff Writer

At the forum—hosted by Intelligence Squared Debates and titled “Courts, Not Campuses, Should Decide Sexual Assault Cases”—Suk and Yale Law School professor Jed Rubenfeld argued in favor of the motion. Michelle Anderson, the dean of City University New York School of Law, and Stephen Schulhofer, a professor at New York University School of Law, argued in favor of university involvement in the contentious issue. 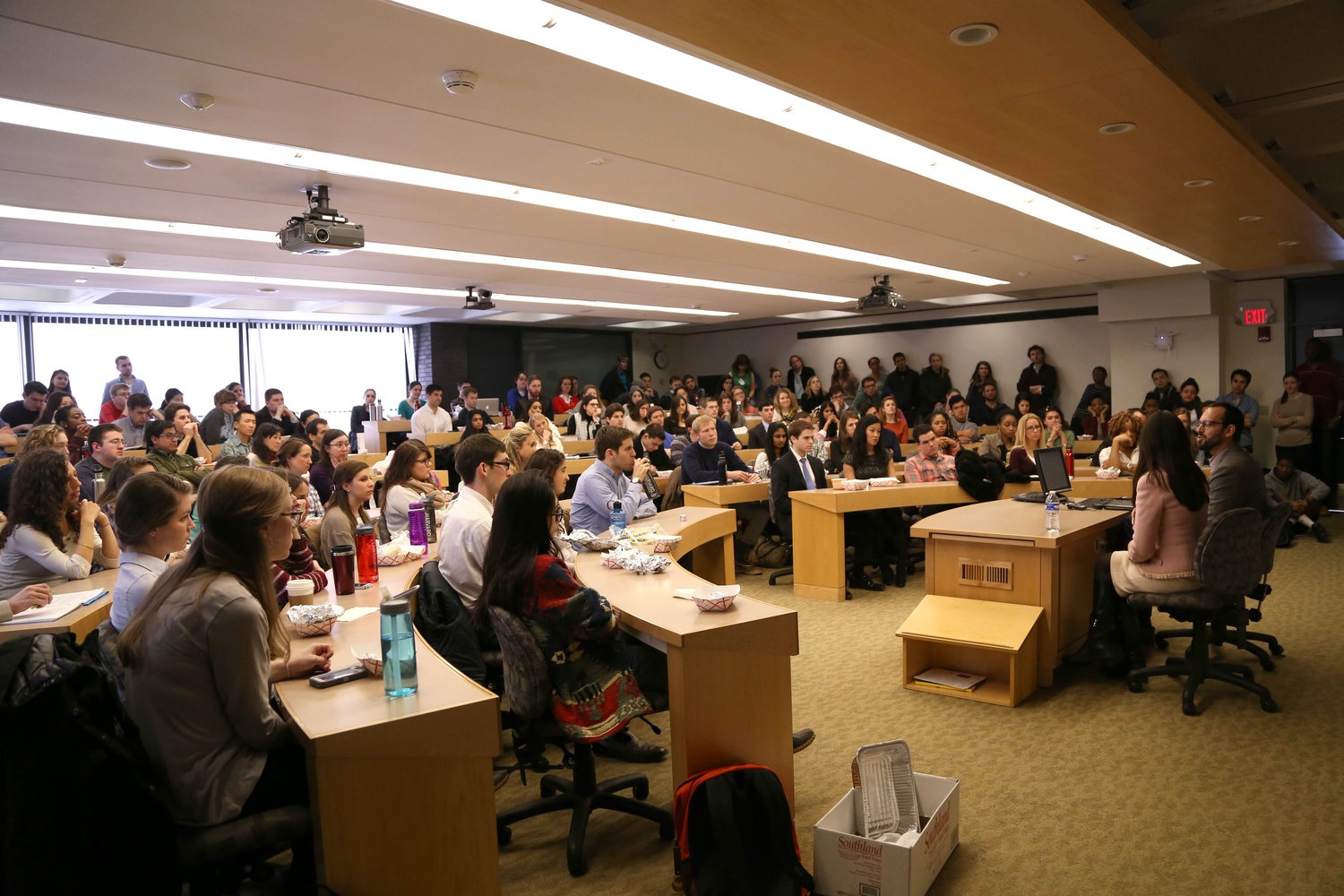 “What campuses are doing under pressure from the Department of Education is hurting the cause of gender equality,” Suk argued during an opening statement. “Campus tribunals use procedures that lack basic fairness and often reach inaccurate outcomes.”

Suk’s argument was largely in line with the now-prevailing opinion on the issue among Harvard Law School professors. Last October, a group of 28 Law professors wrote an open letter in The Boston Globe, blasting Harvard’s approach to handling sexual harassment for what they claimed were its insufficient protections of the accused.

Suk was one of the professors who signed that letter. Prompted by heavy lobbying from the discontented Law professors, the school is now rolling out a new set of Title IX procedures that differ from Harvard's central process for investigating and adjudicating sexual assault cases. The Law School’s process provides attorneys to students involved in cases and creates a separate, adjudicatory panel to determine guilt, potentially after a hearing.

Suk’s involvement in the developments at the Law School were a subject of discussion at the debate.

“Harvard has its division on the issue. And you are among 28 Harvard Law professors who issued a statement opposing the university's new policy and procedures on sexual violence,” ABC News correspondent and debate moderator John Donovan said during introductions.

Under the rules of the debate in New York, Suk and Rubenfeld lost. Anderson and Schulhofer argued that the criminal justice system was not the proper place for handling cases of on-campus sexual assault.

“The fact is that bias against victims of sexual assault has a well-documented, 200-year history in the criminal justice system,” said Anderson, the dean of CUNY School of Law. “But even when the system harbors no bias whatsoever, campuses must be able to decide sexual assault cases.”

Suk is not the only Harvard Law professor who has started arguing for Title IX policy reform outside Harvard. Janet E. Halley, another Harvard Law School professor who played a leading role in calling for the school's new process, has traveled to several other colleges and universities throughout the country to discuss Title IX issues.