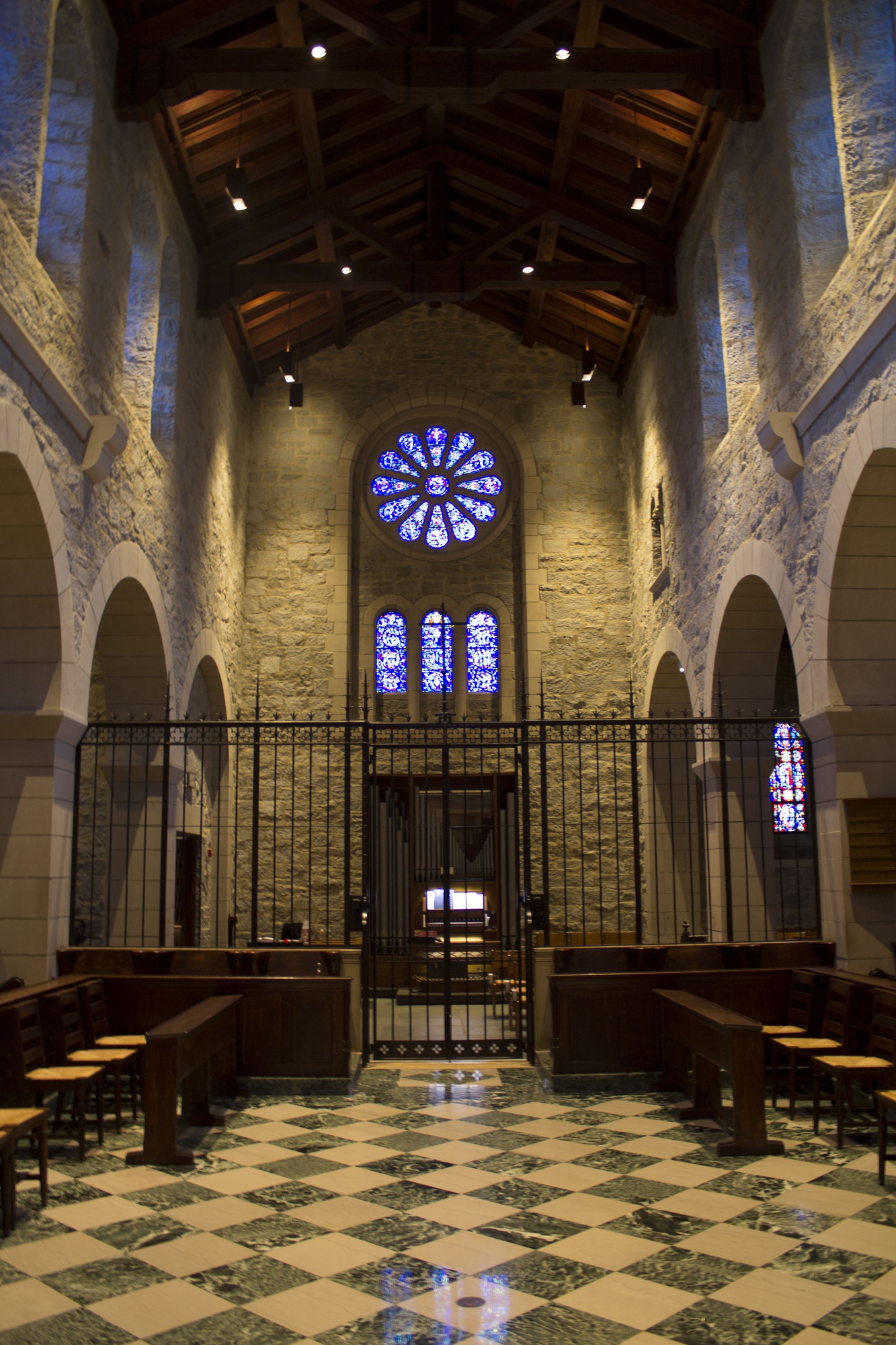 The monastery chapel of the Society of Saint John the Evangelist near Harvard Square is open to local residents for daily periods of quiet prayer.
By Mia C. Karr and Sharon Yang, Crimson Staff Writers

Just around the corner from the Kennedy School of Government on Memorial Drive sits the monastery of the Society of Saint John the Evangelist. Shielded from the bustling traffic of Memorial Drive and the hordes of tourists in Harvard Square, the monastery and its guest house offer an unexpected sanctuary for those who know where to find it.

“We try to provide a still point in the city for people to come to,” said Brother Luke W. Ditewig, one of the younger monks who lives at the monastery. "This is a place that can be refreshing, renewing, restoring, even in what seems to be small amounts of time. People are so busy, scattered, and stressed.” 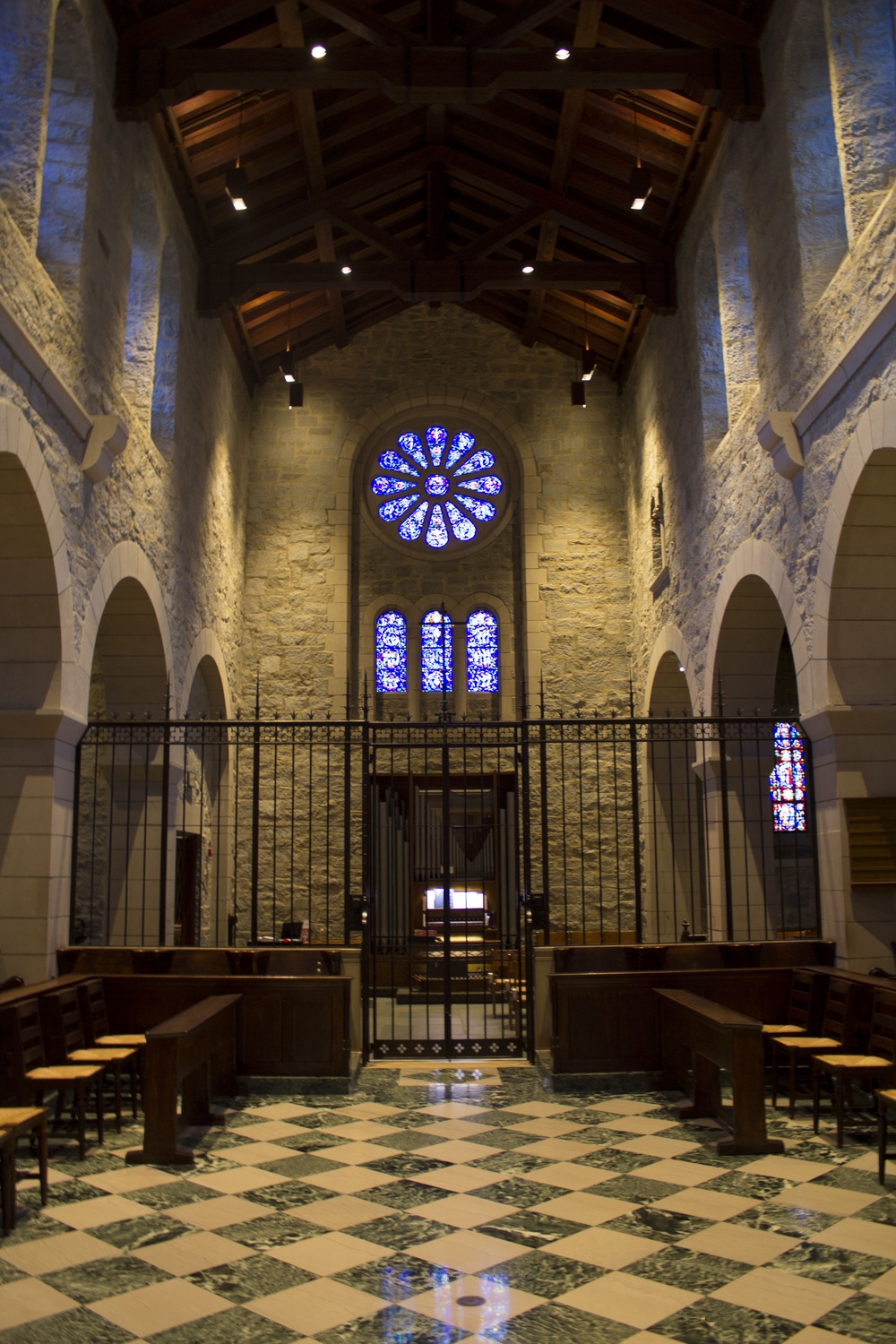 The monastery chapel of the Society of Saint John the Evangelist near Harvard Square is open to local residents for daily periods of quiet prayer. By Isabel G. Alexander

The chapel, where Cambridge residents can stop in for a moment of quiet, is open from 6 a.m. to 9 p.m. every day of the week except Mondays. Although the doors open to the busyness of Memorial Drive, the brothers say the chapel itself, with its stone walls and stained glass windows, provides a place of calm refuge.

“It is always available as a sanctuary for people who want to pray,” said Jamie Coats, director of the Friends of SSJE.

SSJE has forged ties with the University over the course of its long history in Harvard Square, since its founding in the mid-1920s.

"We've always been in a University context. We see that as married to our place, and our purpose,” Ditewig said.

When T.S. Eliot was member of Harvard’s faculty, he was a frequent visitor to the monastery.

“T.S. Eliot was a big fan of this space,” said Tom P. Marsan, the manager and receptionist of the monastery’s guest house. “In his time on the faculty at Harvard he was a regular worshiper with the community.”

More recently, SSJE has focused on reaching out to college-age members of its community. The weekly Tuesday Eucharist service is geared toward young adults, and SSJE is launching a series of sermons on Oct. 6 called “Finding God in Harvard Square” that focuses on issues pertaining to students, such as intimacy and creativity.

According to Marsan, outreach to young adults is directed toward to asking “‘Well, what does this mean to like, put my own life together, now that I’m out of my own house that I grew up in?’”

There are also opportunities for people to spend time with the brothers as guests on "retreats." Currently, the monastery is hosting 13 people in their guest house.

Ditewig has seen firsthand the effects the monastery can have on its guests. "There's an intensity of what happens here in the silence and the space, that people are touched here," he said.

People who stay in the guest house typically join the brothers for the five daily prayers, as well as lunch and dinner, both of which are eaten in silence.

"The primary interaction is simply to be alongside us in silence,” Ditewig said. “In terms of being aside the brothers and being alongside each other, often with people they've never met, people find there's a connection and an experience that happens in silence that's surprising."