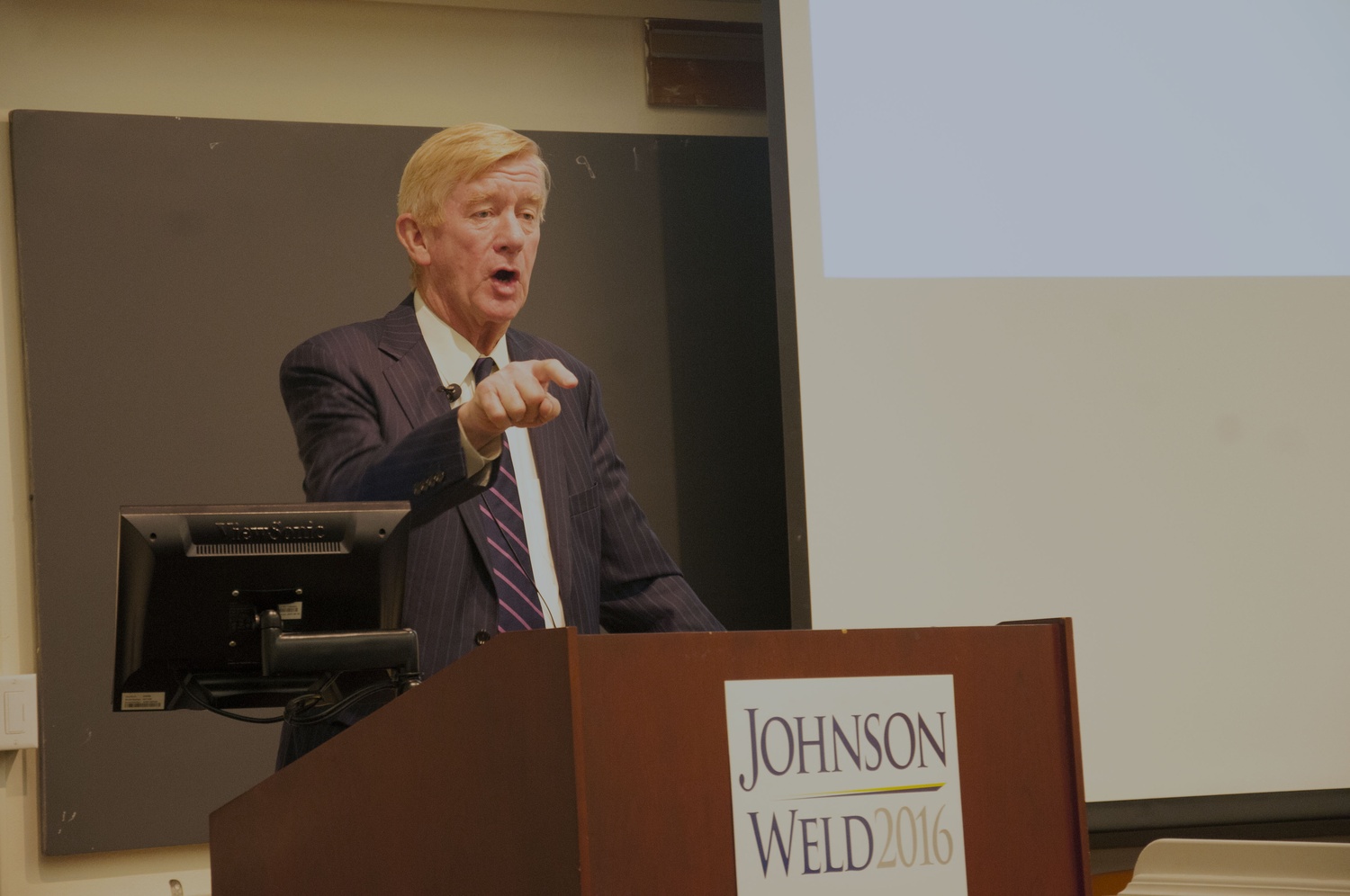 “I think the Libertarian option seems really appealing,” Weld said, reflecting on the dissatisfaction that many voters have with the current slate of major party candidates. “Libertarians are the foremost option that many people are turning to.”

Weld, who is running on the Libertarian ticket headed by former New Mexico Governor Gary E. Johnson, spoke at Harvard Tuesday evening at an event sponsored by the Harvard Republican Club. The student group made headlines over the summer for not endorsing the Republican presidential nominee—businessman and reality show star Donald J. Trump—for the first time in the group’s history, and a straw poll of the club’s membership found a plurality of members supported Johnson.

While acknowledging Johnson was not likely to win the presidency outright, Weld said the Libertarian ticket could emerge victorious if election night ended in a split vote of the Electoral College, throwing the election to the House of Representatives where Johnson could emerge as the consensus candidate.

According to Weld, the Libertarian ticket is appealing because it would bring a unique ability to reach across the aisle and a bold plan to balance the budget.

“I think we’d be a long, cool glass of water. We would have the best of the Republican Party and the best of the Democratic Party in our administration,” he said. “Cut taxes, reduce government spending, and reduce the deficit. That’s our plan.”

The speech was followed by a question and answer session, where Weld faced some friendly fire over a gaffe from his running mate. When asked about Johnson’s recent inability to identify the besieged Syrian city of Aleppo, Weld responded, “[Johnson] thought Aleppo was an acronym…Pop quizzes on TV are not Gary’s strong suit.”

Despite that slip-up, which drew headlines, Weld said overall both he and Johnson have enjoyed being on the campaign trail.

“We really haven’t looked back,” he said, laughing. “It’s been pure joy.”

“We’re exploring our different options,” Garvey said. “We’re bringing him here because he was a very successful Republican governor of Massachusetts.”

However, Weld’s visit was not all political. For a while, he talked about his own memories from his time as an undergraduate at Harvard.

“I used to have a lot of classes in Emerson and Sever and I used to take a nap at 1:40. I had a 2:00 class. Harvard time…that’s a really good thing,” Weld said, referring to the classroom buildings in Harvard Yard and the fact that Harvard classes typically start seven minutes after their scheduled time.

The roughly 75-member audience greeted Weld with applause and laughter on multiple occasions, sometimes cheering at his proposals. Many stopped to take pictures with him and ask him additional policy questions after the discussion was over. Weld was happy to oblige, even asking people with questions to come down to the front.

“I thought it was very interesting,” attendee Ninos Mansor said. “Not surprising that he studied at Harvard.”

Other attendees said they found the talk interesting, with many saying they wished Weld was at the top of the Libertarian ticket.