Tatte Brings the Smell of Fresh Bread to Harvard Square 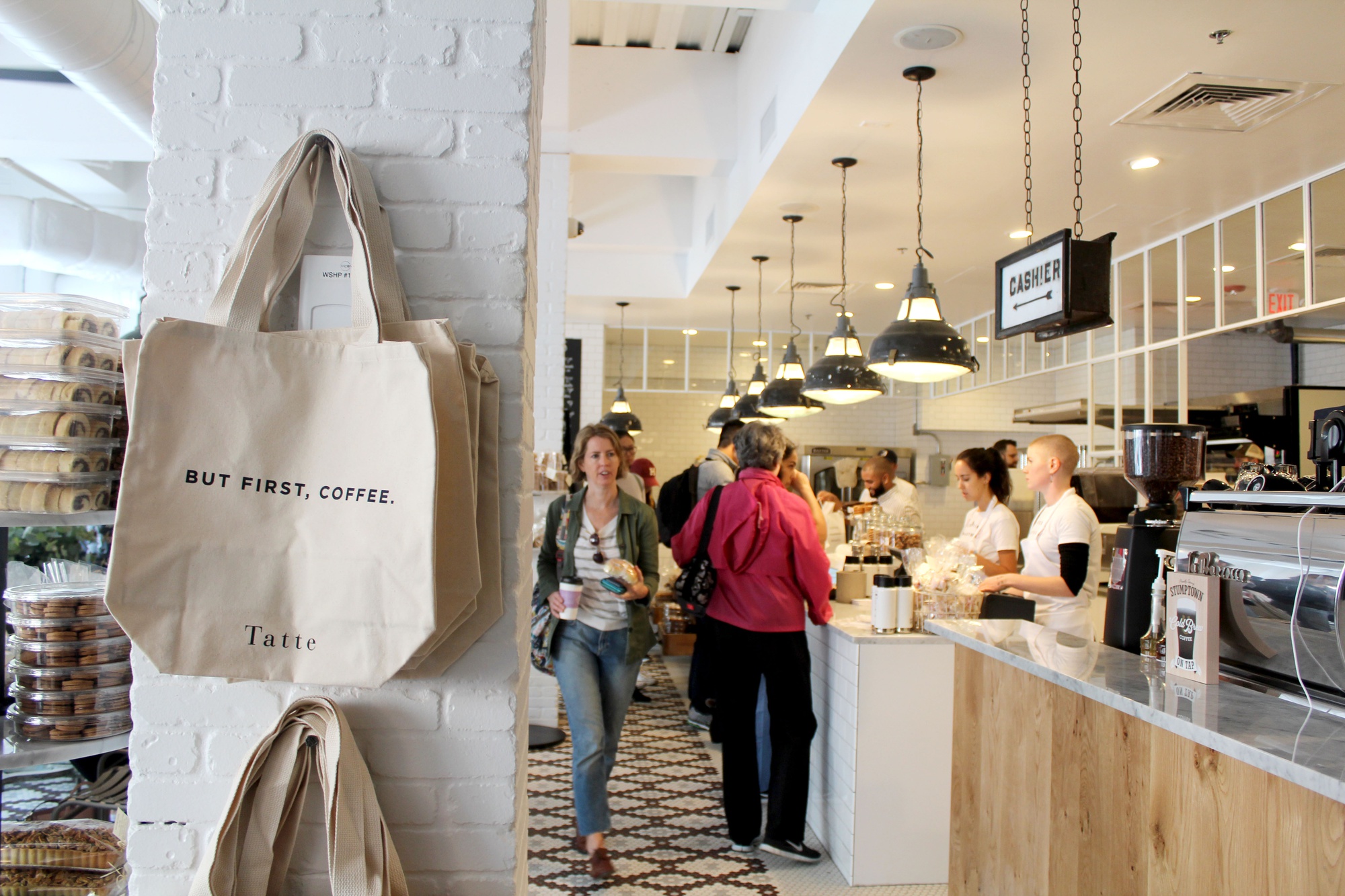 The smell of freshly baked bread and pastries wafting through the air along Massachusetts Avenue will soon grow familiar to passersby with the opening of Tatte Bakery and Cafe, a European-style establishment that features a baker on site 24/7.

The new eatery opened bright and early at 7 a.m. Tuesday morning in the former home of Panera Bread. Customers were eager to glimpse the state-of-the-art bakery the restaurant features, where workers can be seen baking pastries and bread right behind the counter. The cafe employs bakers around the clock, a feature that the chain also has at its Kendall Square location. 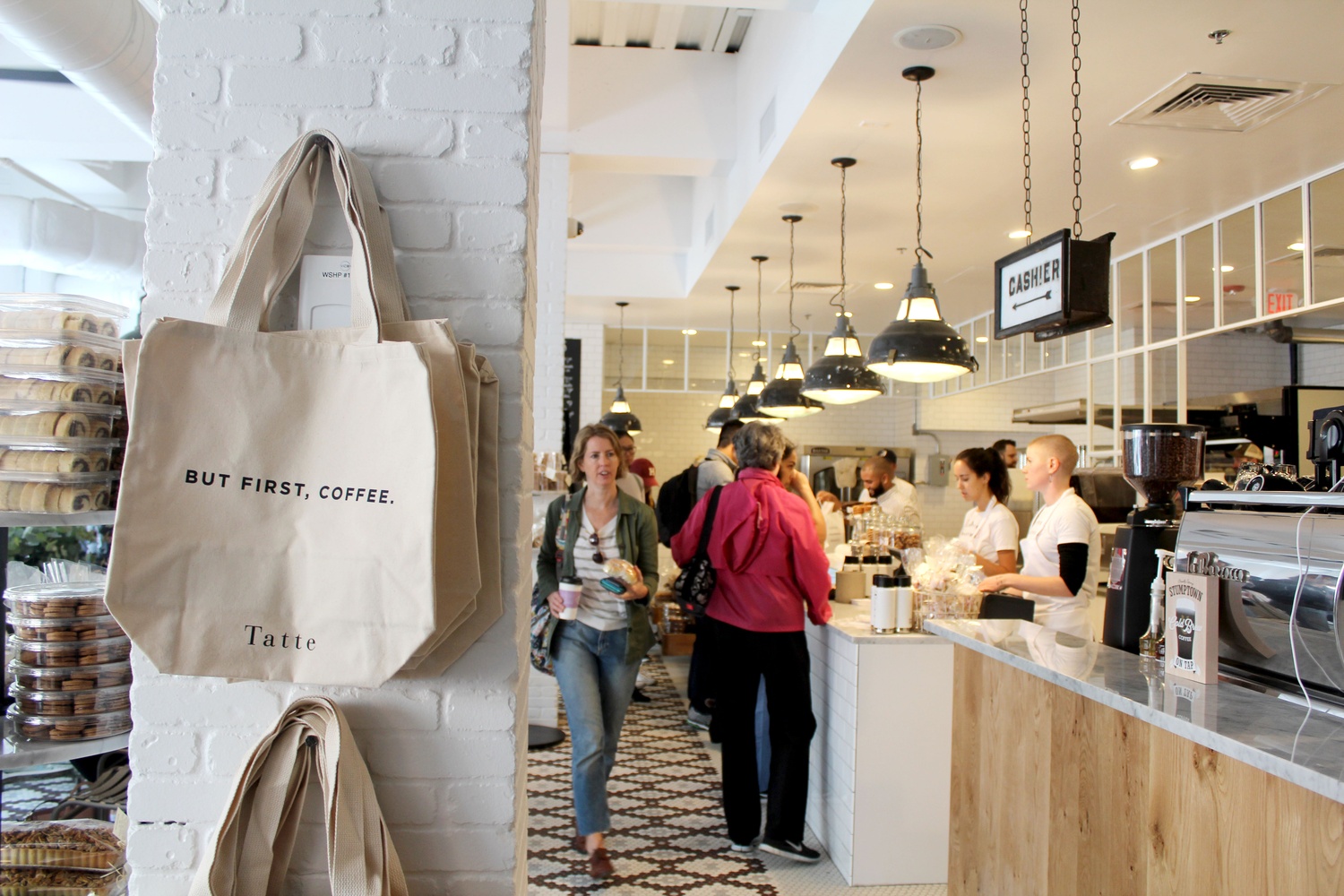 “If you pass by the store at anytime, you can smell the bread,” Tatte’s founder Tzurit Or said. “The whole street smells like bread.”

Tatte’s opening has been highly anticipated since the chain announced early last March that it was replacing Panera—which owns a majority stake in Tatte—at the two-story storefront at 1288 Mass. Ave.

For the next seven months, Or said she put a lot of thought into redesigning the space. She said that when she was first offered the space, she did not fall in love with it right away. It wasn’t until she contacted engineers and contractors to confirm the feasibility of rebuilding the staircase, to make the restaurant as a whole more cohesive, that she decided to design the space in the theme of an old European train station.

“It came to my head that with the European train station design, I could play with the design of the two floors and the stairs,” Or said. “If you want to come in and just grab your pastry or sandwich to go, you can go to the first floor and just do it very quickly, but if you have the time such as waiting for a train that leaves in an hour or two, you can go upstairs.”

To complete the look, Or spent months searching for an old European train station clock to be hung from the second floor to the first floor to “create the connection between the two floors.”

“There are a few elements that give us the industrial train station look and I wanted to make sure that once you go inside, you can see the second floor,” Or said. “They’re connected so you can see what’s happening upstairs.”

According to Or, Tatte decided to open a location in Harvard Square because the neighborhood fit the qualities that Tatte looks for when opening new storefronts: a large population of internationals, young professionals, and students. The bakery and cafe brand also has five other locations, including stores near MIT in Kendall Square and Boston University in Brookline.

“Tatte is not an American bakery,” Or said. “We don’t sell any American products so you have to have a crowd who is open to trying things.”

To prepare for the Oct. 4 opening, the staff started baking two days before the date, Or added.

Austin E. Sowa ’17 was among the students on the first day who enjoyed Tatte’s breakfast options, which include a variety of sandwiches and shakshuka, a North African and Middle Eastern dish of poached eggs with bell peppers, tomatoes, and feta cheese served in a pan with challah bread.

The eatery is open from 7 a.m. to 9 p.m. Monday through Friday, and from 8 a.m. to 9.m. on Saturday and Sunday, and serves brunch all day on Fridays, Saturdays, and Sundays.