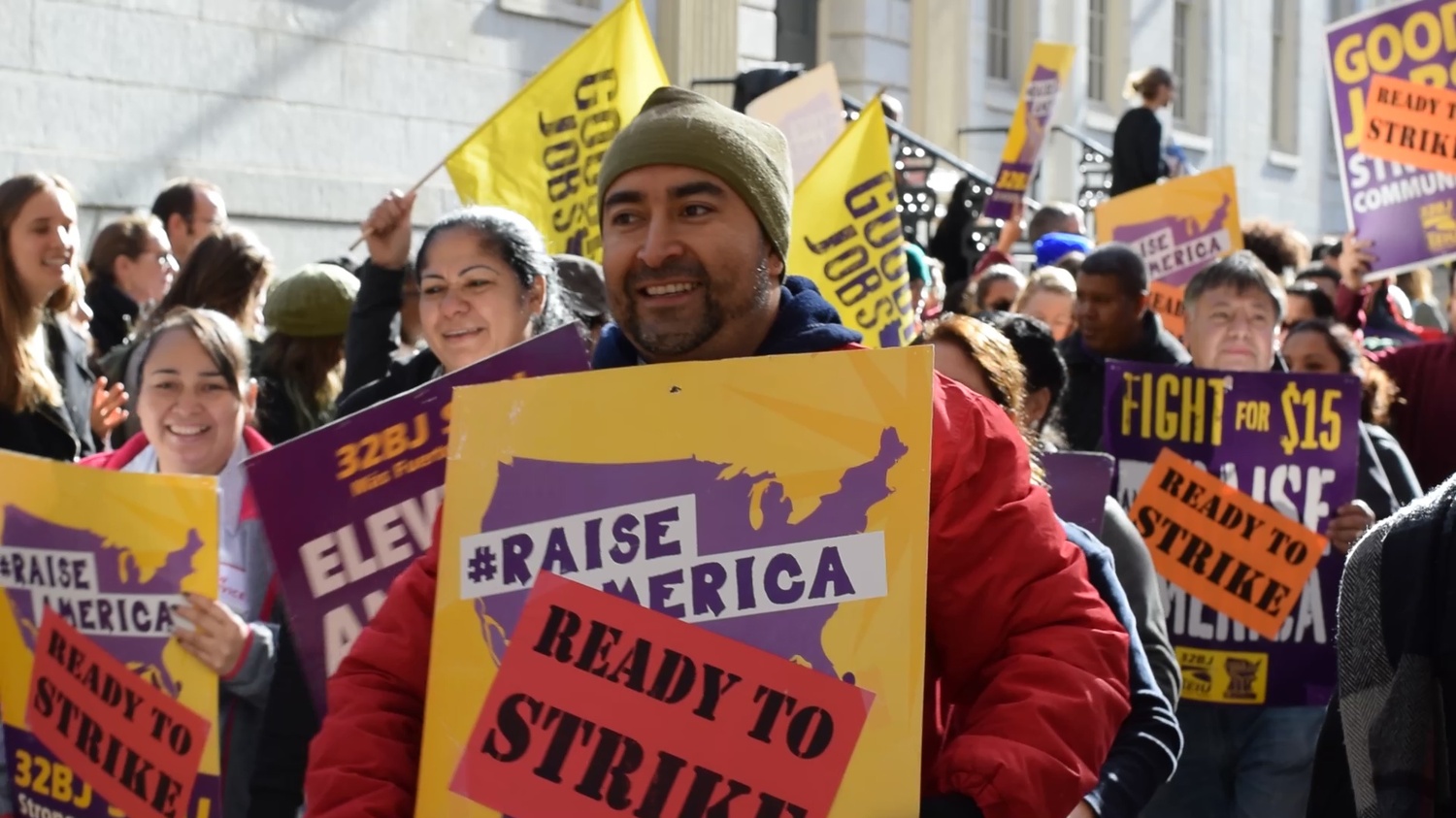 Harvard may be facing another campus strike.

The University's janitors voted overwhelmingly Thursday in favor of authorizing a strike should they fail to reach an agreement by next Tuesday, less than a month Harvard’s dining workers ended their own weeks-long picketing.

According to Eugenio H. Villasante, a spokesperson for 32BJ SEIU—the union that represents Harvard’s custodial staff, the vote was conducted by “acclamation,” meaning members vocally indicated their support of the strike. Villasante said only 16 union members were against the idea of a work stoppage, and “hundreds” of members voted in favor.

The union’s current contract with the University ends Nov. 15. They began bargaining with Harvard Oct. 7.

Should the janitors strike, their action would come less than a month after the conclusion of a 22-day work stoppage by Harvard’s dining service workers, who rallied to increase wages and maintain their health benefits package. That strike rocked campus, resulting in the shutdown of several of the University’s dining facilities and drawing national media attention.

In a press release, Roxana Rivera, the vice president of 32BJ SEIU wrote that “the janitors who help to keep Harvard at the top are ready to do what it takes to protect their families and their communities.”

After the vote, union members marched from the Science Center through Harvard Yard, carrying signs that read “good jobs, strong communities” and “ready to strike.”

Rafael Torres, a custodial employee, said the workers were rallying for increased salaries and what they consider more affordable healthcare. He compared 32BJ SEIU’s goals to those of the dining workers.

“But almost we fight for the same things,” Torres said. “If the dining hall workers won, why don’t we win?”

In an emailed statement, University spokesperson Tania deLuzuriaga wrote that “Harvard has enjoyed a long and productive relationship with SEIU,” adding that their wages are “highly competitive in local markets.”

The press released stated the union is “demanding a path to much needed full-time jobs,” echoing one of the biggest proposals that Harvard’s dining service workers rallied behind last month. While HUDS did not secure full-time work for all of their employees, The University agreed to create a summer stipend program in which employees available to work during the summer could be paid up to $3,000.

Other issues at hand in SEIU’s contract talks include discussions about the union’s health care plan and wage increases for the workers. In an interview in early October, Rivera said the union’s current health plan differs from other campus unions in that workers do not receive their benefits directly from the University, but rather from a fund SEIU maintains. Harvard allocates money into that fund, though Rivera did not specify how much.

Under the proposals SEIU put forth, Harvard would have to “contribute a little bit more” to the health care fund than it does currently, Rivera said.

According to deLuzuriaga, the average salary for Harvard’s janitors is $22.07 per hour.

—Claire E. Parker contributed to the reporting of this article.