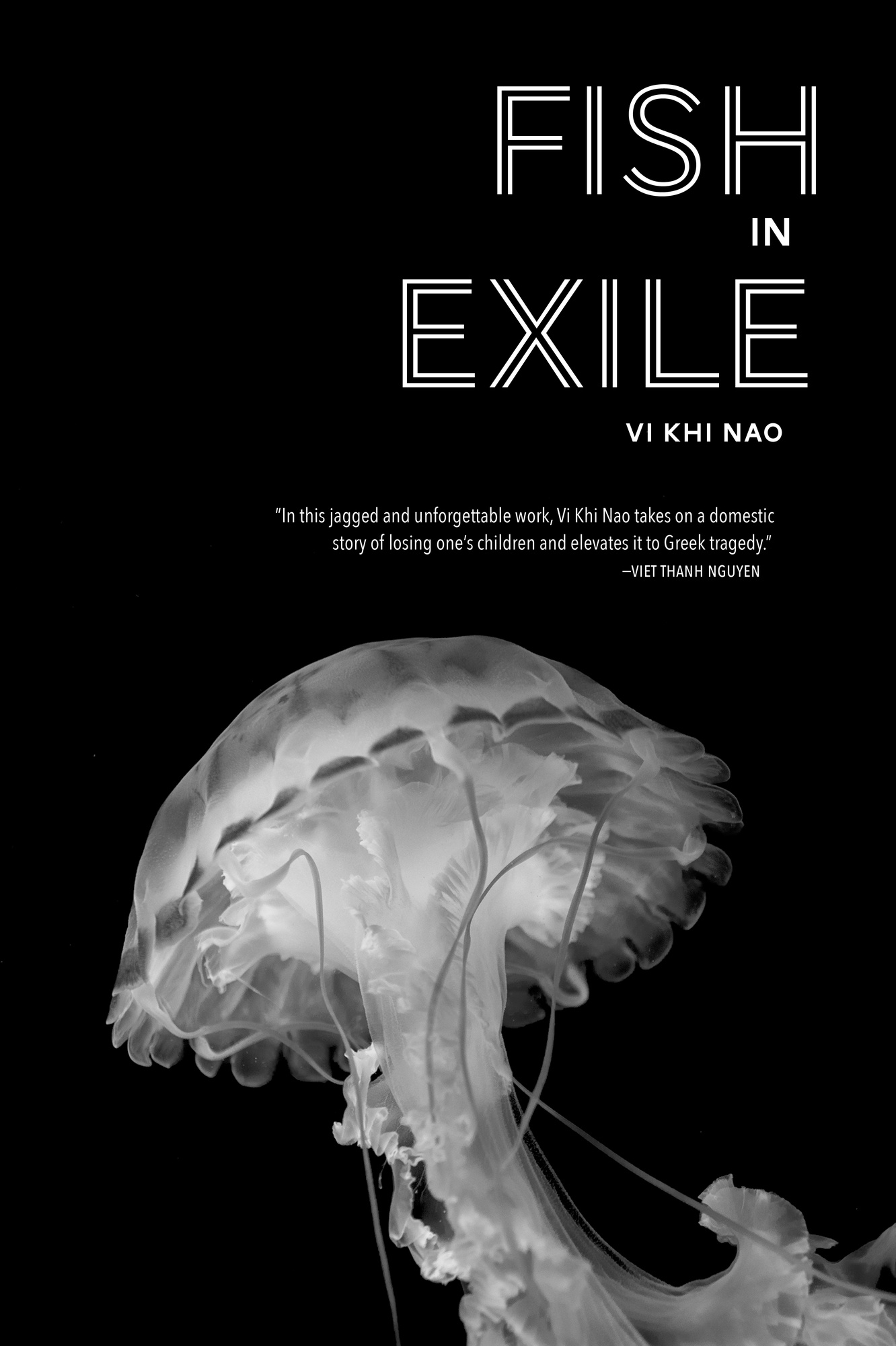 Only the premise of Vi Khi Nao’s first novel, “Fish in Exile,” resembles anything from a traditional narrative: A couple in their early 30s grieve over and reconcile with losing their two toddlers in a drowning accident. Everything beyond this foundation defies the trappings of both the novel form and the rational motivation that usually propel realism. Though at moments the unconventional use of medium and language in “Fish in Exile” feels heavy-handed, Nao takes this simple seed of narrative and, using a unique alchemy of allusion and unnerving linguistic innovation, expands it into an ocean full of bizarre, pulsing brilliance.

Nao elevates and enriches “Fish in Exile” through a huge number of explicit allusions that include “The Odyssey,” “Ulysses,” the myth of Persephone and Demeter, and David Foster Wallace, among others. Many occurrences or characters that are essential to “Fish in Exile” would make little sense without this allegorical framework. Some conventional plot points do serve as backbone—Ethos and Catholic Romulus cheat on each other with their neighbors, Lidia and Callisto; Catholic gets her tubes tied; Ethos debates whether or not to return to his job as a teacher—but others diverge farther from the rational—Ethos and Catholic build a large aquarium and occupy it with fish for which Catholic sews intricate, fish-sized toddlers’ clothing. Even the names themselves could only be allusions. These subtexts allow us to understand these moments as entirely allegorical, mythical, or metaphorical, a point that Nao slyly makes in a line of dialogue: “I don’t believe that the mind can distinguish between the literal world and the conceptual world.” Such potent references could easily evade control, but as the novel unfolds and layers through more perspectives and voices, Nao winds each new metaphor and detail around what has come before, carefully sustaining and augmenting every allusive thread. What could have been chaotically pinwheeling lines of thought instead becomes an engaging, resonant fugue.

Given the works that Nao chooses to reference, allusion often necessitates unconventional formatting or diction—in a reference to the Platonic dialogues, for example, all speech is written as if for a play’s script. Nao also restructures the traditional novel form using her own rules, which sometimes works but at other times feels unnecessary. An effective formatting gamble: In the middle of an otherwise empty page, Catholic confesses, “Now that I can’t give birth to anyone anymore, I feel I am truly receding,” and the sentence literally recedes into the surrounding white space. The one-time usage of the plus-sign in lieu of “and,” on the other hand—“frozen water + atmosphere + vapor + ice crystals,” says Ethos—feels arbitrary and gimmicky. On a larger scale, Nao partitions the novel into six chapters: Ethos, Charleen, and Catholic’s first-person narrations; dialogue among Charleen, Lidia and Catholic; and a news interview with Lidia and Catholic. Each represents a facet of grief, guilt, and love entirely distinct from yet in dialogue with the others, a format through which Nao can exercise the full range of her stunning prose and keen empathetic eye.

An esteemed poet, Nao boldly bends, breaks, and rearranges her language as well. Many of her metaphors keenly and unforgettably juxtapose banal and wondrous, modern and ancient. “The glass serpent will contain our history in its belly,” Catholic says of the aquarium. “An oral history of footsteps, sobs, running water, refrigerator hums, plate echoes, jar rattles, clicked heels, and creaking doors.” As with the structuring, some unusual choices feel distracting rather than innovative, but the overall effect is what distinguishes “Fish in Exile” as a worthy addition to the literary canon. At the novel’s heart are the unique ways in which Nao represents grief and the experience of living a tragedy-shattered life.

Like “Ulysses,” “Fish in Exile” is predominantly about subtle and intangible shifts in consciousness. The multitude of perspective and voices, especially set in such in fertile allusive grounds, give Nao the space to powerfully depict not only grief and loss but also gender, gradations and distortions of love, and the incommunicable feeling of existence. Ethos, for example, whose first-person narration is the most insularly stream-of-conscious, offers some of the most innovatively compelling (if, at times, also the most overbearing) representations of mourning. Ethos obsesses Knausgaard-like over the corporeal, arduously detailing movement, brand names, and the body as collection of surfaces; at the same time, identity and sense of self become detached from physical existence. As Catholic walks away from Ethos, “Each step strikes [him] higher in the stairwell of his loneliness.” But he describes getting into bed as “I insert my body between the bedsheets,” rather than “I get between the bedsheets”; or “I push the paper sack into her body” rather than “I give her the paper sack.”

“Fish in Exile” concludes as Ethos and Catholic descend to their basement, the “lower cosmos”—like Odysseus and Persephone, like Leopold Bloom and Stephen Daedalus—where Catholic experiences realization, or perhaps reconciliation: incommunicable feelings of circularity and universality; a jumble of raw emotion and mythology and Biblical memory and scientific language; an accelerated rush in which all the novel’s elements churn, like a wave finally breaking at the end of its journey. As Ethos and Catholic finally re-consummate their union, one cannot help but think of Molly Bloom’s famous concluding soliloquy in “Ulysses.” The impressions that last, however, will be entirely Nao’s own: all the wondrous forms she has revealed to us, the image of them luminescent, flourishing, in the seemingly dark and empty waters of grief.