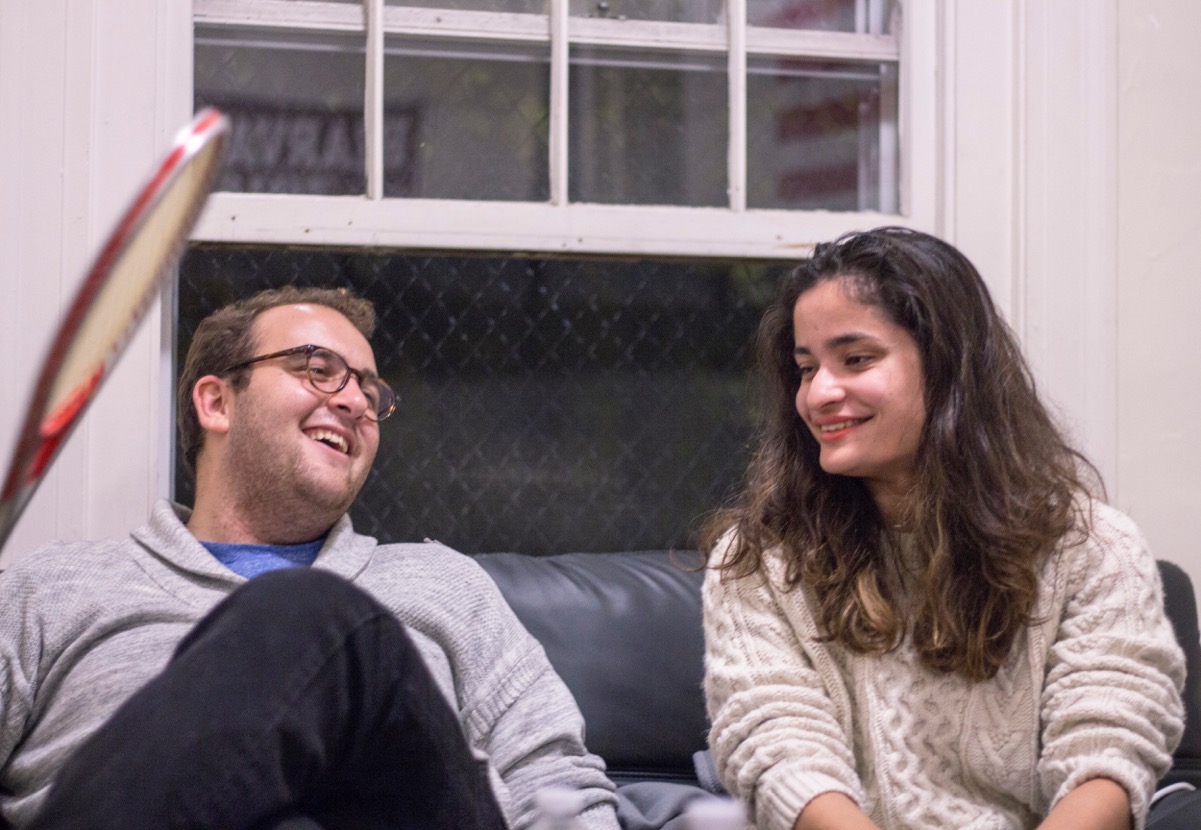 Yasmin Z. Sachee ’18 and Cameron K. Khansarinia ’18 will be the next Undergraduate Council President and Vice President after an hours-long investigation found there was insufficient evidence that the pair had violated campaign rules, according to UC Election Commission Chair Matthew C. Estes ’18.

“We are just so absolutely thrilled and grateful and thankful to the student body for putting their support in us and for believing in our vision, and we look forward to… making a lot of changes this year,” Sachee said.

At 9 p.m. Thursday, the UC executive board held a last-minute meeting in response to allegations that Sachee and Khansarinia violated election rules. In the meeting, which current UC President Shaiba Rather ’17 described as “urgent” in an email to UC executives, the board voted to grant the Election Commission more time to certify the results of the election. The investigation reviewed “whether or not their campaign was involved in any sort of coercive activity”—allegations that had been brought against the UC ticket Thursday morning—according to Estes. Estes declined to comment further on the nature of the investigation.

All executive board members other than UC Vice President Daniel V. Banks ’17 and Student Life Committee Chair Berkeley Brown ’18 were in attendance at Thursday night’s meeting.

Early Friday morning, the five members of the UC Election Commission—who are independent of the UC’s executive board—unanimously agreed that there was insufficient evidence to conclude that Sachee and Khansarinia’s campaign had “in any way engaged in coercive behavior.”

According to three individuals with direct knowledge of the executive board meeting’s proceedings, the allegation concerned whether incoming members of the Bee Club, Harvard’s oldest female final club, were coerced into voting for or assisting in the campaign for Sachee, a Bee Club member, and Khansarinia. Ultimately, the committee ruled that there was “not a case to be made” that their campaign had violated the rules.

During the voting period, 3,042 undergraduates cast ballots for the UC presidency, a slight increase over last election’s 2,898 ballots.

Voting for this year’s UC presidential election ended Thursday at noon. The UC Election Commission typically has 24 hours after the end of the voting period—or until Friday at noon—to calculate and certify the results of the election. Because of the executive board vote, the Commission had extended its deadline to Saturday at noon—though the Commission announced the winners just after 1:30 a.m. Friday.

Undergraduates also voted on three referendum questions during the election.

The first question, which asked students whether they thought the College should repeal its sanctions on unrecognized single-gender social organizations, passed. Because the policy was formulated by the College itself, the referendum has no bearing on whether the sanctions will go into effect.

The other two questions—one that asked whether the Harvard Turkey should become the official mascot of the University, and another that questioned whether unrecognized single-gender social organizations should go co-ed—did not pass.