Bannon, Conway Among 2016 Political Advisers to Convene at IOP 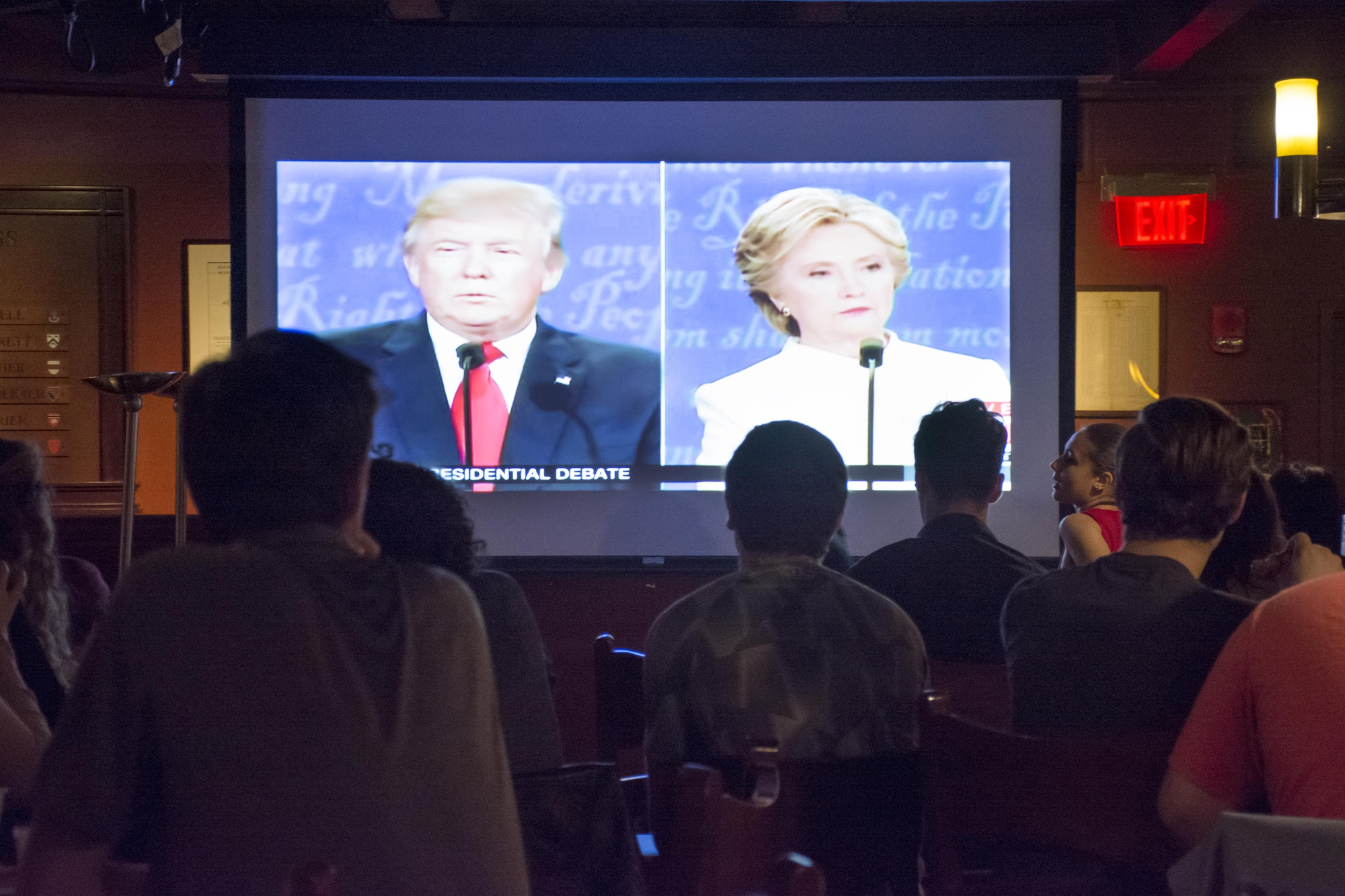 Freshmen watch the third and final presidential debate in the Cambridge Queen’s Head pub Wednesday night. The Undergraduate Council and Freshman Year Social Committee hosted the event, which was open to freshmen only.
By Claire E. Parker, Crimson Staff Writer

Dozens of the biggest political advisers and journalists from the 2016 election will visit Harvard’s Institute of Politics this week to debrief on the most divisive presidential campaign in recent history.

Campaign managers for both President-elect Donald Trump and Democratic presidential nominee Hillary Clinton are slated to speak at the two-day IOP event called “Campaign for President: The Managers Look at 2016,” which will be held Nov. 30 and Dec. 1. Controversial right-wing media mogul and Trump’s chief strategist Stephen K. Bannon will also be on campus over the course of the two-day event, though a draft of the agenda did not include him among the list of speakers. 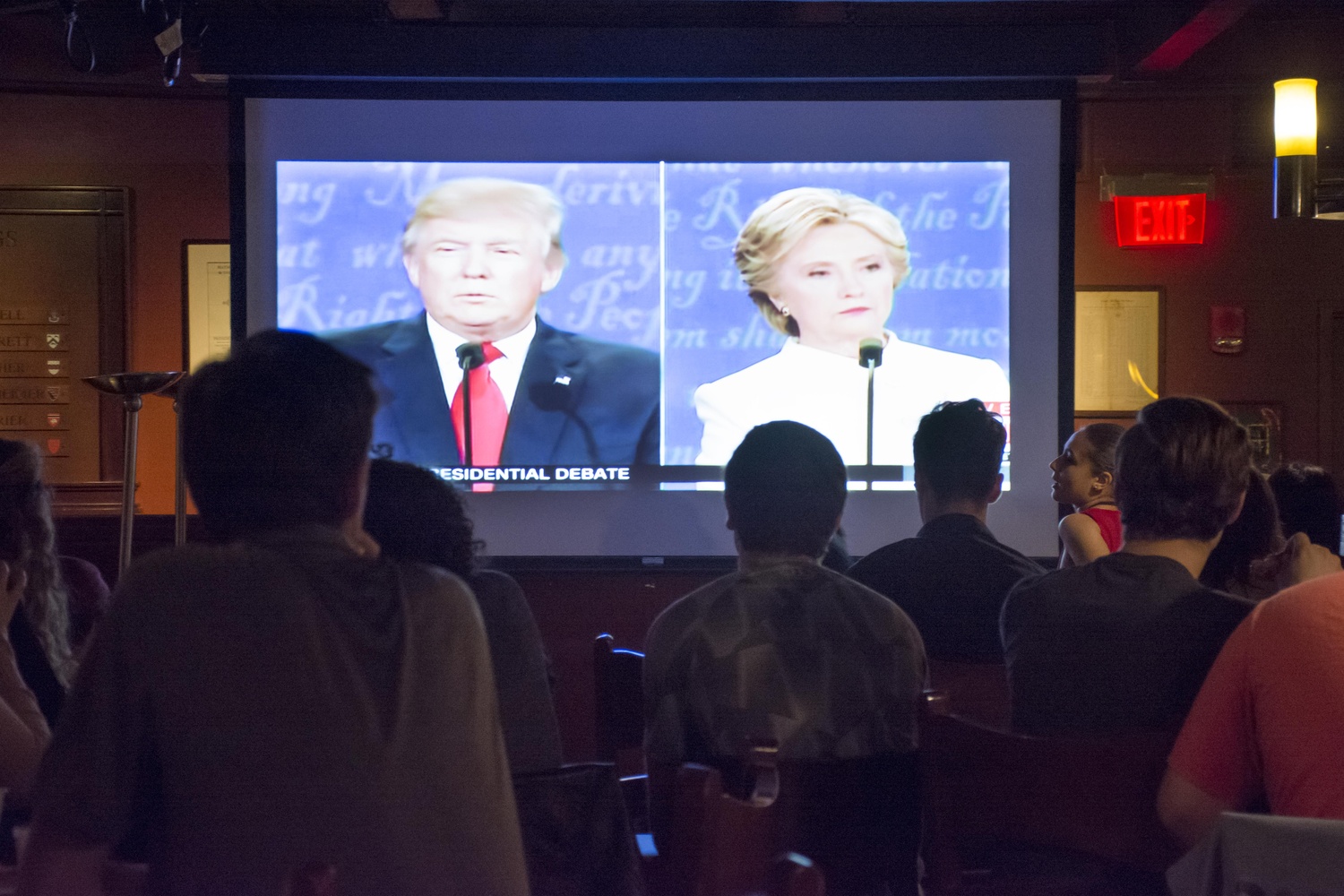 Freshmen watch the third and final presidential debate in the Cambridge Queen’s Head pub Wednesday night. The Undergraduate Council and Freshman Year Social Committee hosted the event, which was open to freshmen only. By Charles K. Michael

The Kennedy School has hosted a similar event after every presidential election since 1972, Interim IOP Director Bill Delahunt wrote in a statement to The Crimson. This year’s will feature a host of prominent political strategists and journalists, including CNN anchor Jake Tapper, Snapchat head of news Peter Hamby, and political statistician Nate Silver. The speakers will discuss the strategies of both presidential campaigns, the media’s role in politics, and the results of November’s election.

Events will include roundtable discussions about the primaries and the conventions, as well as the general election, according to a draft of the agenda. The final event of the program is a panel titled “War Stories: Inside Campaign 2016,” and will bring together Trump campaign manager Kellyanne Conway and Clinton campaign manager Robby Mook. That discussion will be open to Harvard affiliates and broadcast on CNN on Dec. 4.

The two-day event comes as Harvard affiliates comes to terms with the reality of a Trump presidency. Many students and faculty have criticized the president-elect for some of his recent White House appointments, particularly his selection of Bannon as chief strategist. Hundreds of Business School alumni and the Dean of the Radcliffe Institute for Advanced Study have denounced some of Bannon’s comments and political views as racist, misogynistic, and anti-Semitic.

Before working as Trump’s campaign’s CEO, Bannon was a founding member and executive chair of the right-wing media outlet Breitbart News.

In an interview last week, Lauren Rourke, one of the authors of a New York Times letter signed by more than 1,000 female graduates of Harvard Business School condemning Bannon’s appointment, said she thought Harvard should not invite Bannon to speak on campus. She did not know about the IOP event at the time.

Rourke and Ali Huberlie, the letter’s other principal author, declined to comment on Bannon’s upcoming appearance at the IOP event.

Delahunt wrote in a statement that the IOP event ultimately aims to “to allow future candidates, managers, journalists and scholars a better understanding of the nature of modern presidential campaigns.”