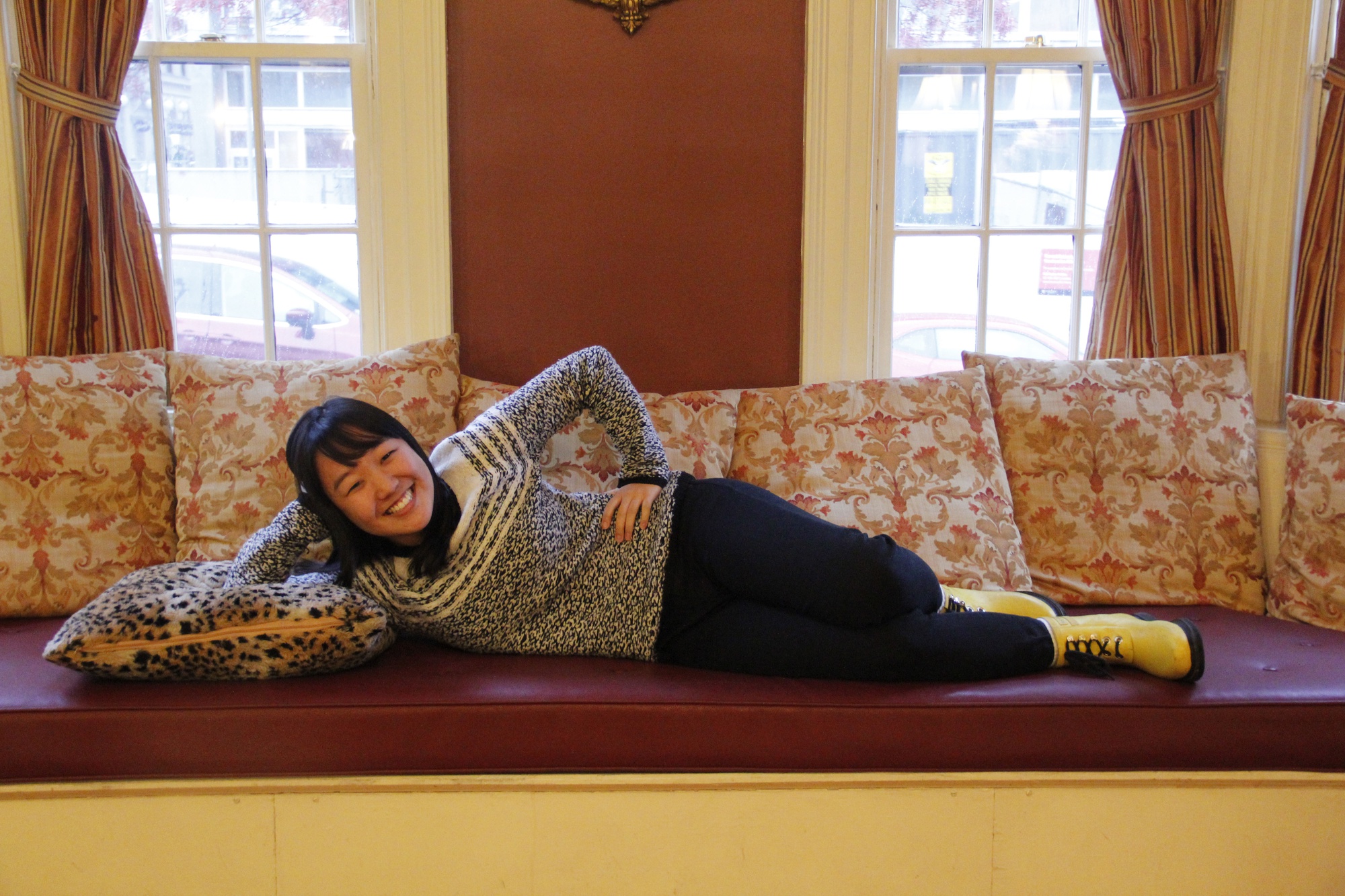 By Molly E. Wharton, Crimson Staff Writer
An improv pro, Karen Chee's dream job is to write (and star) in her own comedy show. By Isabella S. Beroutsos

I’m not convinced. Chee is president of the improv troupe the Immediate Gratification Players (IGP), the founder of “SKETCH,” a comedy show that now runs every spring, and a former intern at “Full Frontal with Samantha Bee” and “The Late Show” with Stephen Colbert, where she appeared on camera one night alongside Keegan-Michael Key.

“I was never the class clown [in high school,]” Chee continues. “But I really wanted to learn how to craft and write comedy, and the willingness I put into in doing that showed me that this was something I was really interested in.” 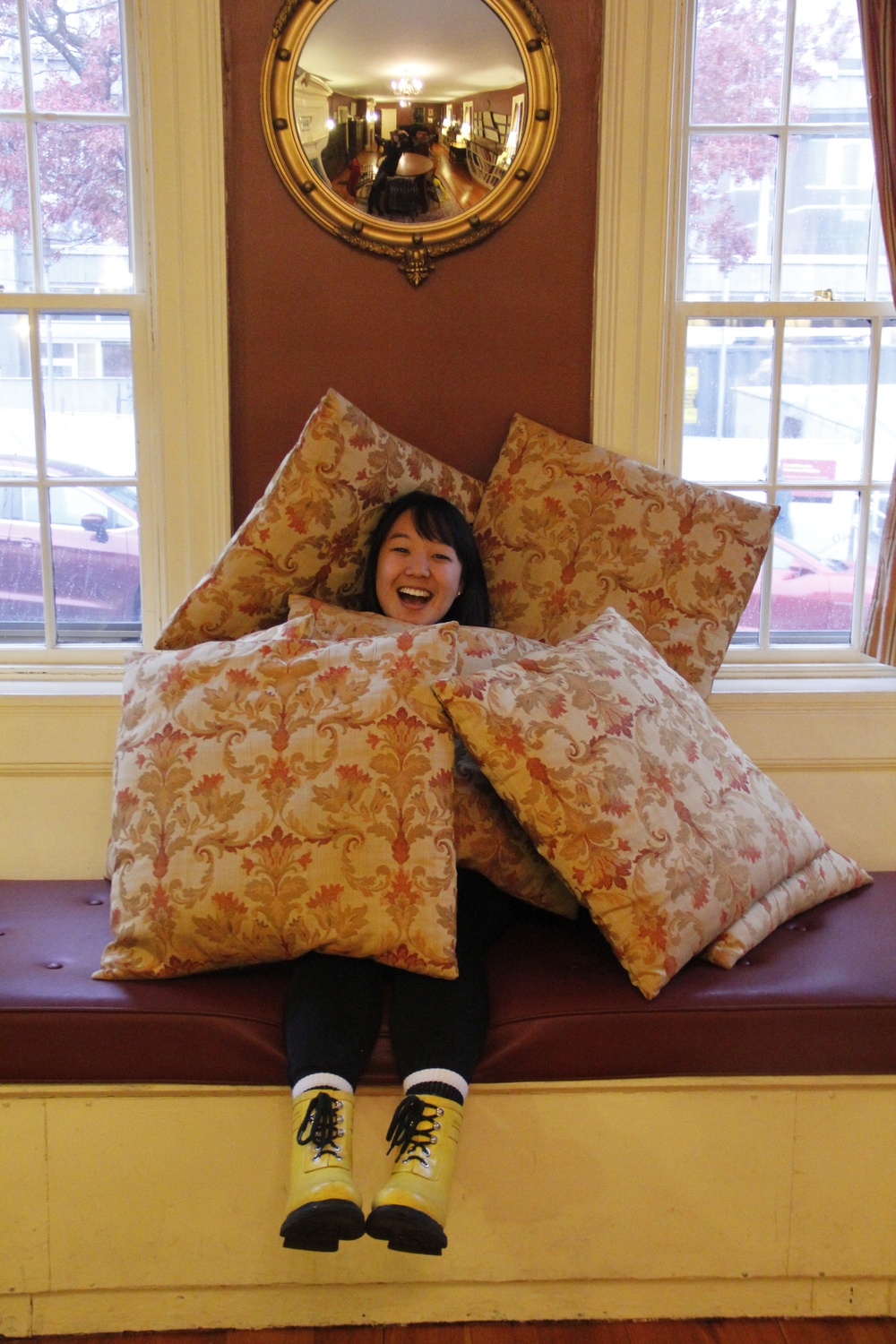 As a child, Chee wasn’t allowed to watch television “pretty much ever,” with the exception of Arthur and PBS Kids on the weekends. But she was exposed to humor nonetheless. “I grew up laughing a lot,” she says. “My mom has a big laugh... you can hear it from rooms away, and I grew up listening to that and loving it.”

Chee’s big revelation came at age 13, when she stumbled upon “The Office” and “The Colbert Report.” She remembers researching the shows’ actors and writers, and discovering other comedy shows that way. After learning that Chee planned to pursue comedy, her mother, who grew up speaking Korean and for whom American comedy was foreign, became an “Office” devotee as well.

“She knew that if this was something I was interested in and wanted to do, she wanted to understand, too,” Chee says.

Chee’s favorite Office character? Mose Schrute, a cousin of a major character who seldom actually appears on the show.

Michael Schur ’97, the performer who played Mose, has worked on “The Office,” “Parks and Rec,” and “Brooklyn Nine-Nine.” His is the comedic career Chee says she admires the most.

“The reasons I love his work so much is that he uses his comedy to celebrate friendship and love and supporting each other,” Chee says. “I love when comedy is positive... as opposed to comedy that brings people down and makes fun of people.”

This philosophy mirrors Chee’s own approach to comedy at Harvard, where she has led efforts to create spaces for minority students to participate in comedy.

Last year, along with her friend (and one of 2016’s Fifteen Most Interesting Seniors) Sierra Katow, she organized “The Other Comedy Show,” which featured comedians of color alongside two “token white males." 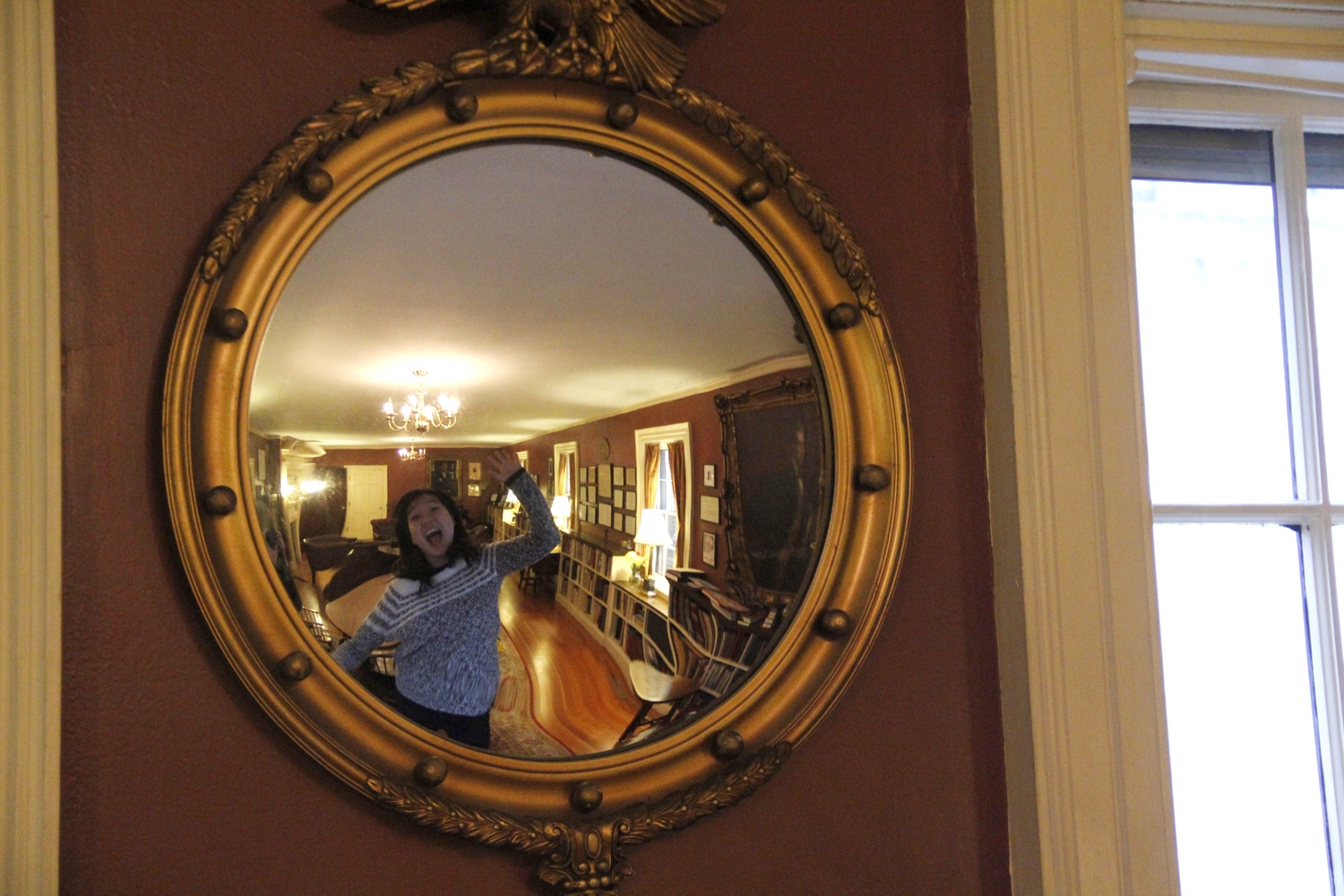 “It can be a little intimidating to enter a space where nobody looks like you—it just sort of feels like there isn’t really room for you,” Chee says, though she notes that the various Harvard groups she’s been involved with have always been welcoming.

Now that Chee helps lead many of these organizations, she says she’s conscious of including minority students during comp and audition processes.

“I try to make sure that people who might feel intimidated or awkward or uncomfortable to be there feel comfortable,” she says. “If you have the ability to make room for people, you absolutely should... That’s an obligation I feel as a minority student.”

Before she graduates, Chee hopes to host a pop-up show featuring only women.

“I thought it would be great to have a space that was all about celebrating women and hearing them and giving a platform for them to do their thing,” she says.

In addition to performing, Chee writes comedy. She’s been published in The New Yorker, McSweeney’s, and CollegeHumor, among other publications.

“Writing is very solitary—it’s just me alone in my room and there’s not really a pressure to be funny immediately,” she explains. To practice her writing, Chee often turns to Twitter.

“Now I have more than, like, two followers so it’s nice to see what jokes land and which don’t,” she says.

Chee concentrates in History and Literature (following in the path of the comedian Conan O’Brien ’85). Her senior thesis focuses on Asian American satire in the 1920s and ’30s. Chee says her work is focused “on learning about these people and these stories and how they reflect the time period.”

If comedy doesn’t work out, Chee will fall back to a similarly ancient profession: agriculture. “I used to joke with my friends that I would drop out of school and become a farmer in rural Scotland, so now I’m imagining that I would graduate and then become a farmer in rural Scotland,” she explains. Chee spent a summer working at a farm in rural France, until she was kicked off and had to hitchhike her way back to Paris.

But given her success so far, we don’t expect to see her returning to the plow anytime soon.