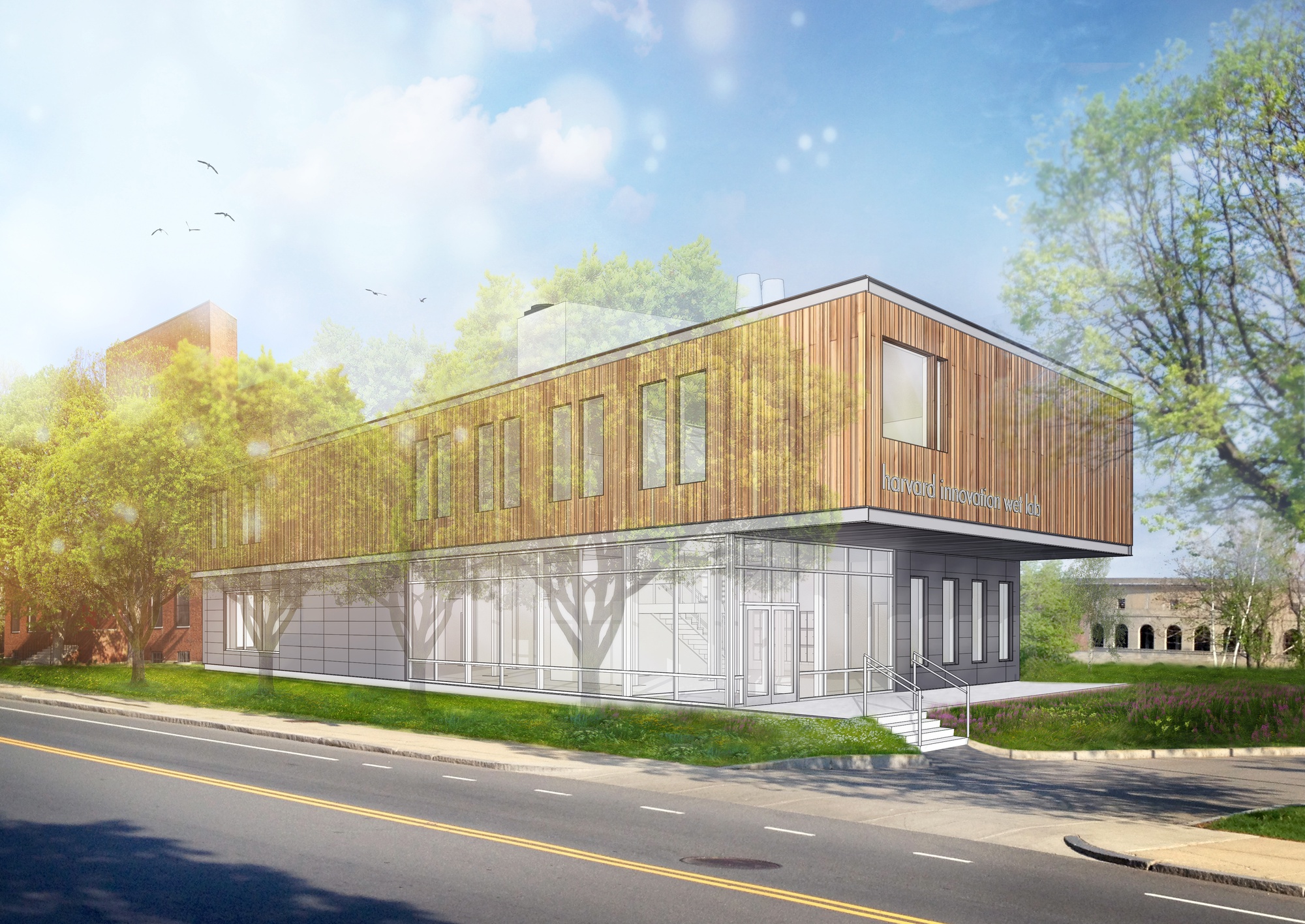 Artist rendering of the future Harvard Innovation Wet Lab Building, a new co-working lab environment, set to open in August 2016 after approval for construction by the City of Boston.
By Jonah S. Lefkoe and Hannah Natanson, Crimson Staff Writers

The whir of centrifuges may blend with the noise of chattering keyboards and buzzing work rooms when the Harvard Life Lab, a biotechnology research and entrepreneurial facility, is slated to open this fall in Allston. 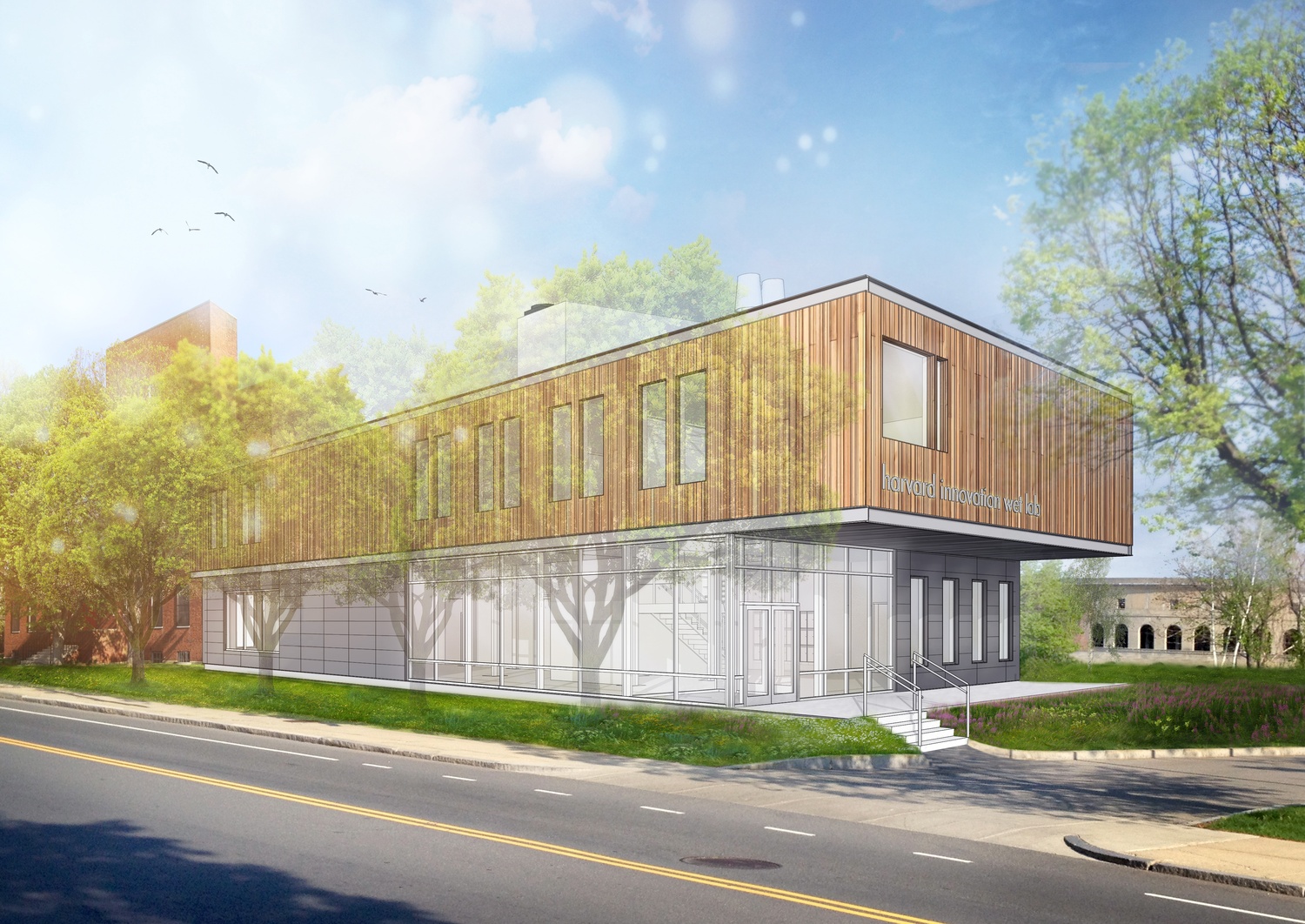 Jodi Goldstein, the i-lab’s managing director, said the Life Lab will be an interim facility, expected to operate for the next five to 10 years before moving to a more permanent location.

“We look at this as a prototype of sorts, as a way to inform the future development of this Allston research and science community,” Goldstein said.

Goldstein said the lack of space and resources for life science ventures has been a conspicuous deficiency among Harvard affiliates interested in enterprise.

“It’s been a pain point of mine when we do have students in this area, we can’t offer them the wet lab resources to replicate and demonstrate their science, which slows them down,” she said.

Previously, life science startups based in the i-lab hired research organizations or academic labs to perform their research. Contracting out lab work is prohibitively expensive for companies in the early stages of development, according to Michael A. Schrader, a 2012 Harvard Business School graduate and the CEO of Vaxess Technologies, a startup founded at the i-lab. Vaxess uses silk proteins to develop vaccines that do not need to be refrigerated.

During its tenure in the i-lab, Vaxess often had to outsource lab-based research, Schrader said. He said outsourcing both cost the company money and lowered the quality of lab work.

“I can’t even imagine, had [Vaxess] been able to have that kind of infrastructure available two years earlier, I think we’d be at least a year to a year and a half farther ahead in the development of the technology,” he said.

If approved by the Boston Redevelopment Authority, Boston’s urban planning agency, the Life Lab will join the i-lab and the alumni-focused Harvard Innovation Launch Lab opened in 2014 as the third fixture of Harvard’s expanding entrepreneurial network in Allston. Harvard first presented plans for the Life Lab to the BRA at a public meeting in October.

“The way I think about it is the i-lab is the platform for all of this One Harvard, cross-disciplinary approach to occur,” Goldstein said, referencing Drew G. Faust’s “One Harvard” initiative.

The Life Lab will sponsor STEM workshops for local residents as part of the community benefits that now commonly accompany Harvard projects in Allston. Goldstein said the workshops are a result of input from the Harvard-Allston Task Force, a neighborhood advisory body to the BRA on the University’s Allston plans.

Schrader said he believes that the Life Lab could be “game-changing,” allowing life science ventures to perform their own lab work while remaining in close proximity to the i-lab’s network of startups.

“[The Life Lab] really gets me excited about the future for the Allston development,” Goldstein said.

An earlier version of this article indicated a new biotechnology lab would open in Allston in September. To clarify, the lab is scheduled to open sometime in the fall.