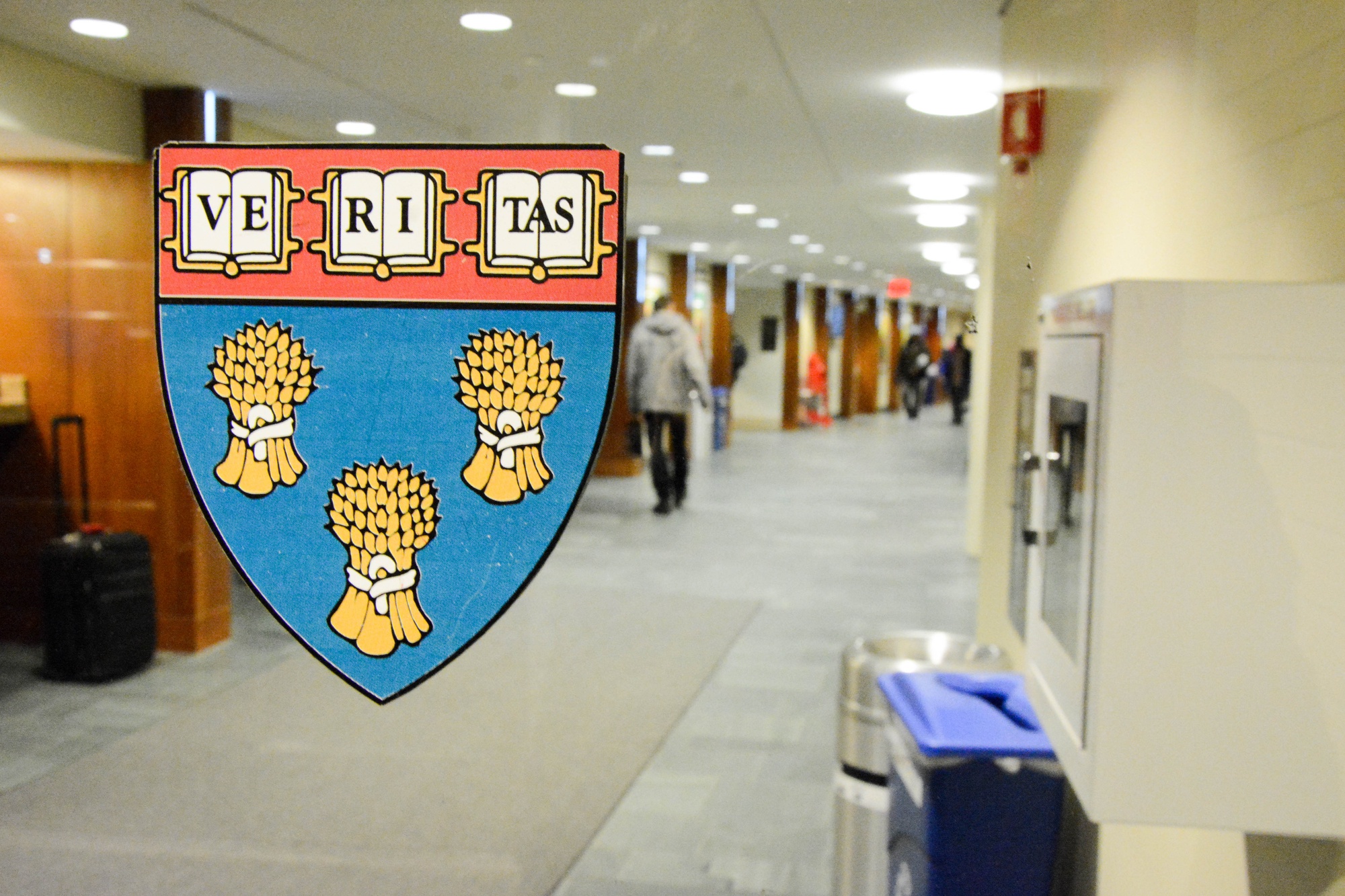 A Law School Committee tasked with re-considering the Harvard Law School's seal in light of its ties to slavery recommended that the the Harvard Corporation revoke the emblem's status as the school's official symbol.
By Andrew M. Duehren and Claire E. Parker

The Harvard Corporation, the University’s highest governing body, agreed Monday to allow Harvard Law School to remove and replace its seal, which features the crest of a slaveholding family.

The Corporation’s decision comes a little more than a week after a Law School committee chaired by Law Professor Bruce H. Mann recommended to remove the seal. In a letter addressed to Law School Dean Martha L. Minow and signed by University President Drew G. Faust and Corporation Senior Fellow William F. Lee ’72, the Corporation applauded the committee’s work and endorsed its recommendation.

“Following a review of the committee report, the ‘different view’ conveyed by Professor Gordon-Reed and Ms. Rittgers, and your own memorandum, the Corporation agrees with your judgment and the recommendation of the committee that the Law School should have the opportunity to retire its existing shield and propose a new one.”

Scrutiny into the seal’s origins came to a head last fall when a group of students dubbed “Royall Must Fall” called for the seal’s removal because of its ties to slavery. After pieces of black tape were found over the portraits of black Law professors in November, student activism about race relations at the Law School intensified, prompting Law School Dean Martha L. Minow to convene a committee to reconsider the seal.

The committee of 12 students, faculty, staff, and alumni hosted a series of meetings with Law school affiliates over the course of three months and released its final report to the Corporation March 4, along with a dissenting opinion authored by Law Professor Annette Gordon-Reed. Minow also wrote a letter to the Corporation supporting the committee’s conclusion.

The seal—three sheaves of wheat under an emblem emblazoned with 'Veritas'—bears the crest of the former slaveholding Royall family, whose donation endowed Harvard’s first professorship of Law in the 19th century. The emblem was not adopted as the Law School’s seal until 1937, however, and was not widely used until the second half of the 20th century. In its report, the committee cited the seal’s relatively recent origins as reason to remove it, an argument the Corporation pointed to in its letter.

While the timeline for the selection of a new seal remains unclear, Lee and Faust suggested in their letter that the Law School choose a new one for the school’s bicentennial celebration in 2017.

“You should feel free to discontinue use of the shield as soon as you see fit, and we will look forward to receiving your eventual recommendation for a new shield, ideally in time for it to be introduced for the School’s bicentennial in 2017,” the letter reads.

The Corporation’s decision about the Law School’s seal comes as historical names and titles have faced increased scrutiny across the University. At the College, Faculty of Arts and Sciences Dean Michael D. Smith announced last month that House masters would now be called Faculty Deans, citing concerns about the racial connotations of the term “master.” In a December interview, Faust, a Civil War historian, cautioned against the wholesale reconsiderations of names, titles, or symbols at Harvard because of their darker pasts, arguing that history—even when troubling—should be remembered, not erased. Monday’s letter about the Law School’s seal strikes the same note.

“While we accept the request to change the shield, we do so on the understanding that the School will actively explore other steps to recognize rather than to suppress the realities of its history, mindful of our shared obligation to honor the past not by seeking to erase it, but rather by bringing it to light and learning from it,” Faust and Lee wrote.

Student activists were unsurprised but pleased with the Corporation’s decision. “I think that this represents the culmination of a lot of activism by students all across Harvard Law School, and I’m thankful that the Corporation has finally done the right thing,” Alexander J. Clayborne, a member of Royall Must Fall, said.

Clayborne said activists will continue to push the Law School to meet their other demands, including reforming the school’s curriculum and hiring more minority faculty members.

In a letter to Law School affiliates Monday, Minow wrote that the school will now turn its attention to the logistics of removing the seal and re-configure its web pages by mid-April. Already, the school's Twitter page features a new photo as its emblem, one without the seal.