Residents Were Unaware of Mumps Isolations at the Inn 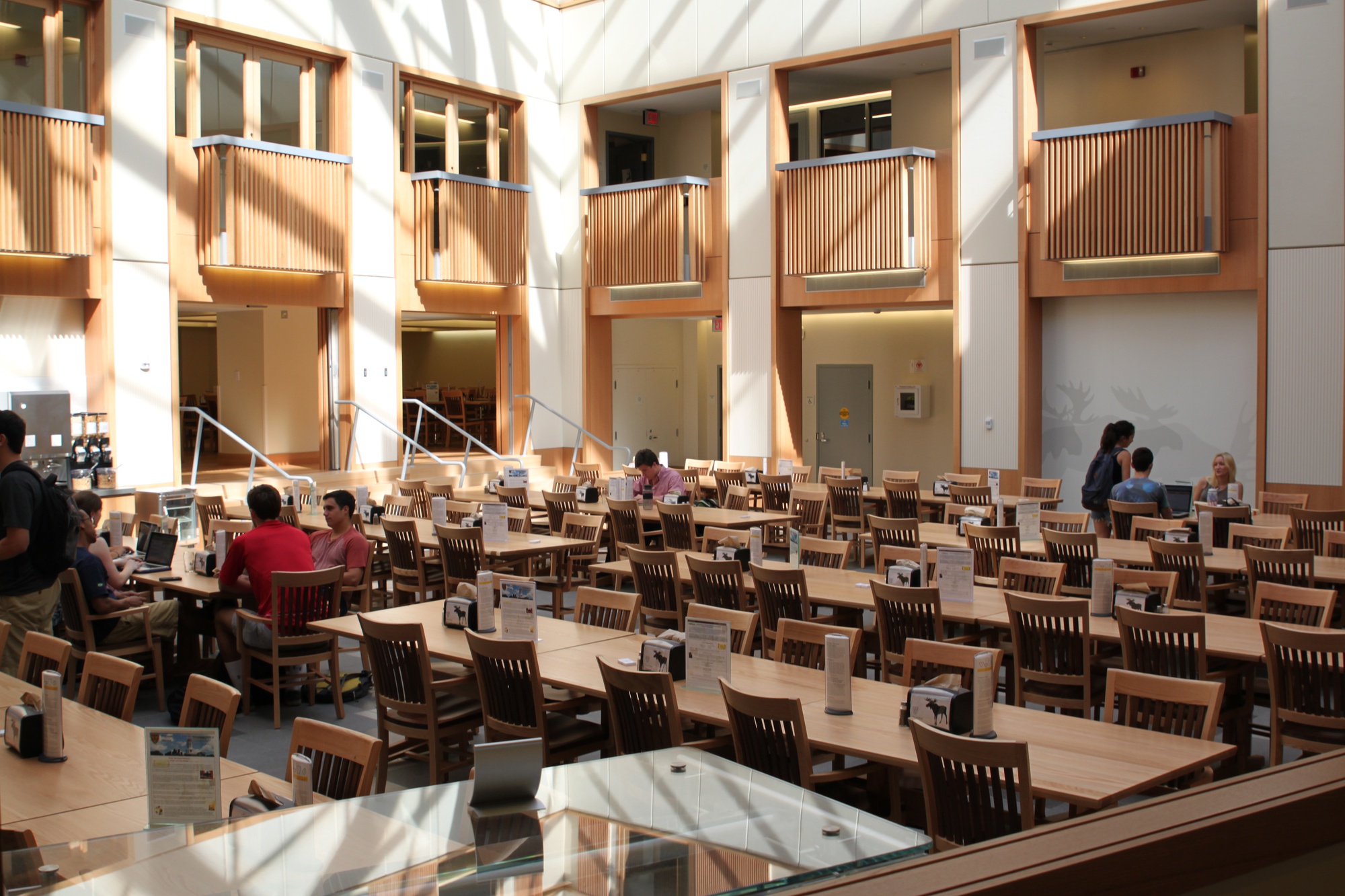 Residents study in the dining hall at the Inn at Harvard, the "headquarters" of Dunster House while its iconic building is being renovated.
By Jalin P. Cunningham and Ignacio Sabate, Crimson Staff Writers

Harvard Inn residents raised concerns that they were not immediately notified when students infected with mumps began occupying some rooms in their building—a strategy to help isolate the disease. Residents first received official notification at a town hall discussion held last Thursday, at least six days after one student with mumps moved into a room in the Inn.

In response to a recent mumps outbreak—which as of Wednesday numbers 13 confirmed cases—Harvard University Health Services has isolated some infected students at the Harvard Inn, a building typically used for undergraduates’ temporary or swing housing. 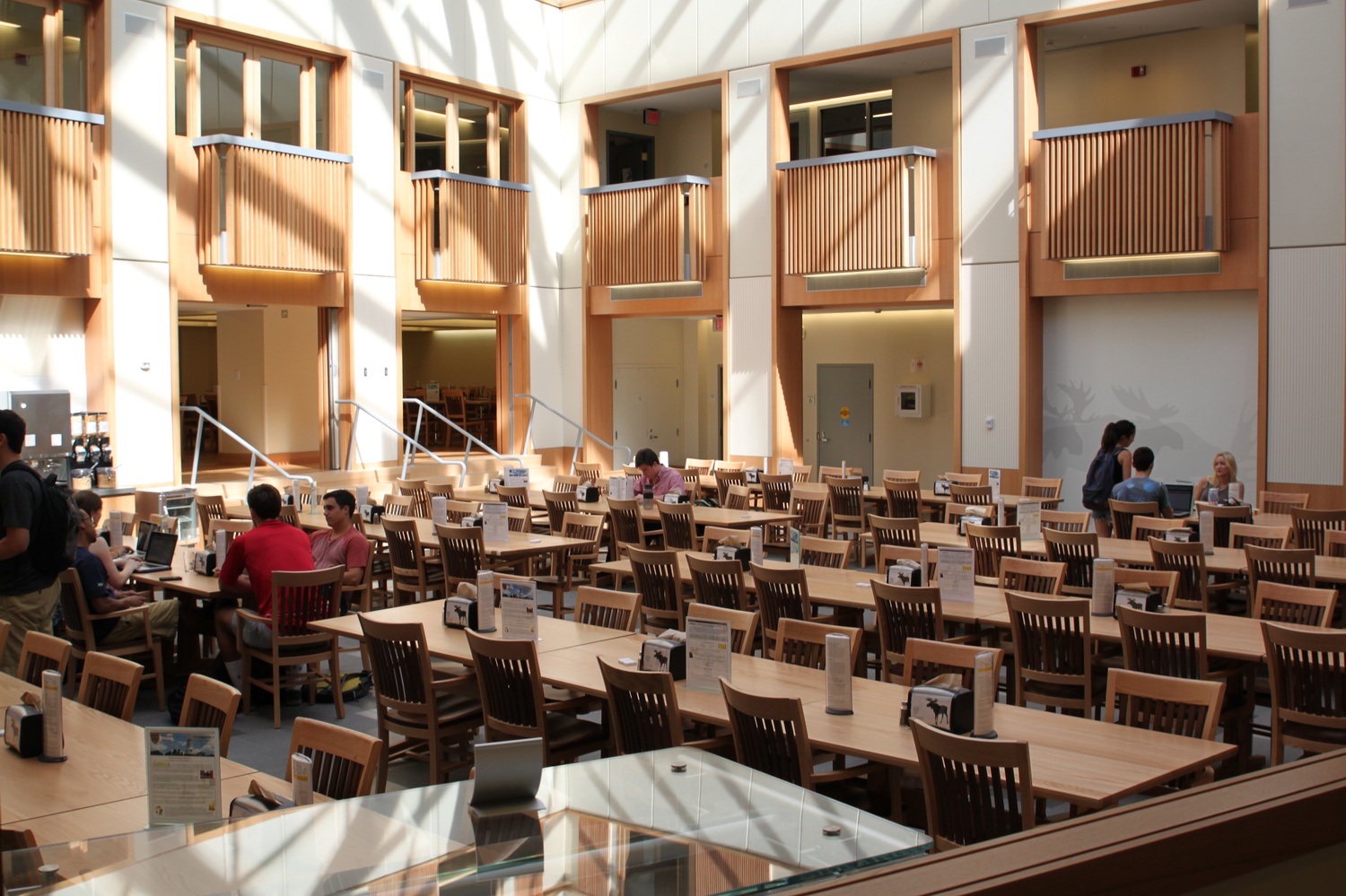 According to Acting Dean of Dudley House Christopher M. Gilbert, Harvard uses several suites in the Inn for “emergency housing” situations that may take place. Harvard does not notify residents of the Inn of the individuals who need emergency housing in order to maintain privacy, according to Gilbert.

“In order to protect the privacy of our students who need to avail themselves of such housing, the College does not notify Inn residents of the circumstances of who is using such suites and for what reasons,” Gilbert wrote in an emailed statement.

Still, several visiting students living in the Inn said they were upset that they were not immediately informed that students with mumps were residing nearby until after last week’s town hall discussion, which administrators held to share information.

“I understand that students need to be isolated... but several of students at the Inn, myself included, feel quite disappointed that we were not made aware,” Shriya Anand, a Harvard Inn resident and visiting student from University College London, said.

Carl A. Julsvoll, a visiting student from Norwegian University of Science and Technology living in the Inn, voiced similar concerns. Julsvoll said he only began to realize that mumps patients were living at the Inn after he saw bags of food deposited at certain doors.

For Matheus Campos, another visiting student and Inn resident studying in Sao Paulo, “it’s a big deal if [mumps patients] are staying in isolating rooms at the Inn,” but “letting the Inn residents know beforehand about it could also help.”

In response to concerns voiced by students like Anand, Campos, and Julsvoll, Gilbert and Faculty of Arts and Sciences Registrar Michael P. Burke hosted a town hall meeting on March 10 to share additional information about the College and HUHS’ response to the mumps outbreak. According to Gilbert’s emailed statement, the College “has made it a priority to proactively communicate to those in the College impacted by the ongoing mumps response” and held the town hall in order to share information and “hear feedback.”

“Following the town hall discussion, the College has put in place additional protocols to address the concerns of the Inn community, including additional cleaning of common areas,” Gilbert wrote in an email.

HUHS director Paul Barreira sent a follow up email to Harvard Inn residents last Saturday to clarify procedures regarding the isolated students living in the building, writing that students with mumps “will be brought to available rooms wearing appropriate protective gear, including face masks, and will be isolated within those rooms until they are no longer infectious.”

As for other on-campus housing including dorms, Dorm Crew Supervisor Paul L. Belmonte ’10 said Harvard’s Custodial Services is notified of any suites with reported student illnesses and “Dorm Crew employees have been instructed not to enter those suites until further notice.” Specially trained staff will clean such rooms.

According to Gilbert and College spokesperson Rachael Dane, Harvard is in compliance with Massachusetts Department of Public Health and Cambridge Public Health Department’s protocols for student self isolation.

Henry M.N. Brooks ’19, a student with mumps who previously stayed at the Inn in isolation said he felt concerns over students with mumps residing at the Inn may exaggerate the severity of the virus.

“I think that there wasn’t really any risk of other people getting [mumps],” Brooks said. “I understand their concerns… there’s a lot of misconceptions about [mumps]. People says it spreads through the air, but that’s all lies; it spreads through salivary contact.”

On Feb. 29, Barreira announced two students had contracted mumps. Two days later, he confirmed four more, and now, the number of confirmed cases is officially up to 13. In the days leading up to the College’s spring recess, both Barreira and Dean of the College Rakesh Khurana advised students to take precaution in their travels.

Khurana and Barreira again reminded students in an email Thursday evening of precautions to prevent the spread of the virus after spring break.