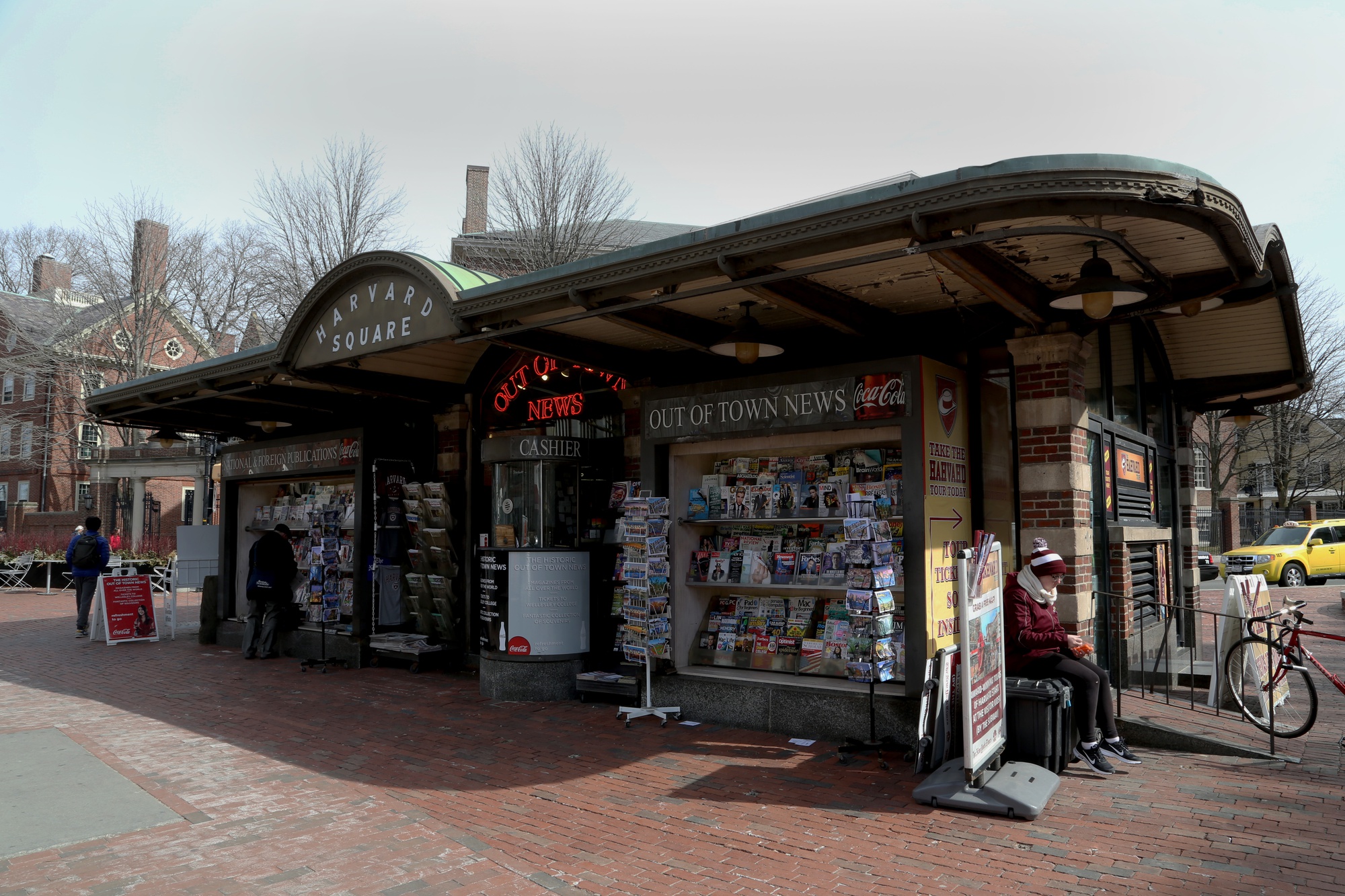 The Cambridge City Council discussed renovating the historic Out of Town News kiosk and the surrounding plaza at their meeting Monday night. The project would have a budget of $4.5 million.
By Joshua J. Florence and Samuel Vasquez, Crimson Staff Writers

Debate over a $4.5 million proposed renovation to Harvard Square’s Out of Town News Kiosk and surrounding plaza divided The Cambridge City Council members at the body's weekly meeting on Monday evening. 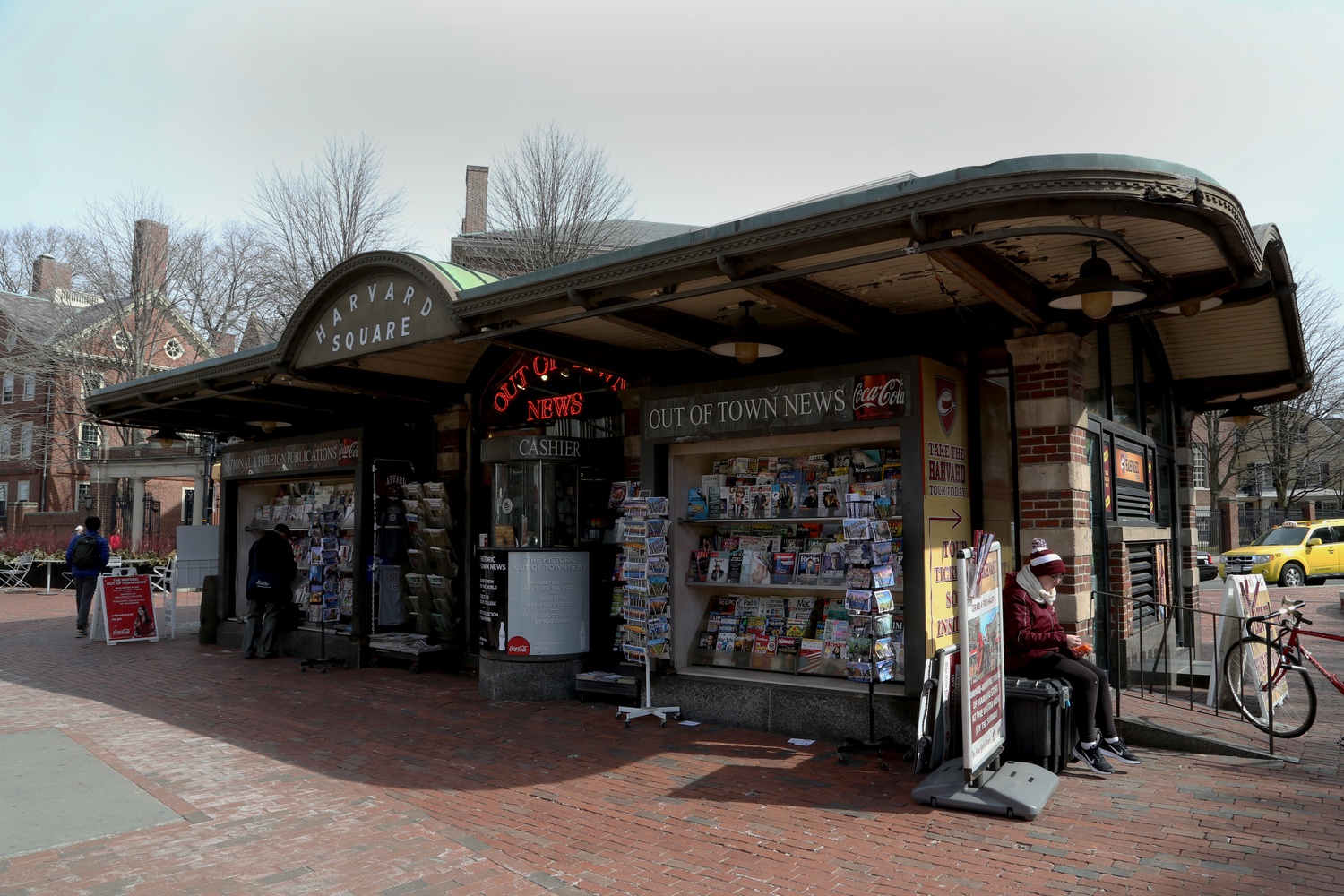 The Cambridge City Council discussed renovating the historic Out of Town News kiosk and the surrounding plaza at their meeting Monday night. The project would have a budget of $4.5 million. By Lia J. Mondavi

Councillors had intended to pass a resolution ordering the creation of a task force for “developing a framework for the continued stewardship, curatorship and oversight of the historic Kiosk.” The City has promised $4.5 million over the course of the next three years to fund the project. Following internal debates over the allocation of such funds and the level of public input, the Council pushed the resolution to the next meeting.

“The truth is, there isn’t enough information here,” Councillor Dennis J. Carlone said at Monday’s meeting. “How does the public get involved? It sounds like it’s already a done deal.”

Councillor Nadeem A. Mazen said he also felt the project was in need of further discussion and suggested to place the resolution, sponsored by Mayor Denise E. Simmons and three other councillors, in the hands of a committee.

“This is, as far as I’m concerned, a critical use of funds, a critical convening point, and while I don’t have a particular agenda or urban planning background, I think the extra attention we could bring it might in fact tighten it up a little bit and send it on it’s way,” Mazen said.

The Out of Town News Kiosk, a building on the National Register of Historic Places, moved to its current location in the 1980’s. As the kiosk struggled to thrive with the advent of online news, it’s lease from Hudson News was dropped in 2008. The building is currently owned by the City of Cambridge.

The resolution would have also called for a partnership between the Harvard Square Business Association and the city government to “continue efforts to support and promote commerce in Harvard Square.”

Denise A. Jillson, executive director of the Harvard Square Business Association, said the association believes the kiosk is an important historical site for Cambridge and deserves the much needed funds for restoration.

The kiosk “hasn’t been really worked on since the 80’s. It’s registered on the National Historic Register. So the time has come for money to be invested in the building to protect it, preserve it, and maintain it properly,” Jillson said.

Because of the presence of underground tunnels and the busy atmosphere in the Square, the cost of renovation is likely to be hefty, according to Jillson. She added that the history of the building and plaza and the traffic of “10 to 12 million people a year” will ultimately justify the $4.5 million cost.

In 2015, the Cambridge Community Planning Department held a public meeting to discuss the future of the kiosk and plaza. Following the meeting, the Harvard Business Association funded an initial study of the renovation according to Councillor David P. Maher, a sponsor of the resolution.

“This should not just be a city responsibility,” Maher said. “And I think the Association is saying they would like to play a key role in this along with the city and conceivably, the universities which have much deeper pockets than the city or the Business Association.”