Parsnip Restaurant Flourishing in the Square 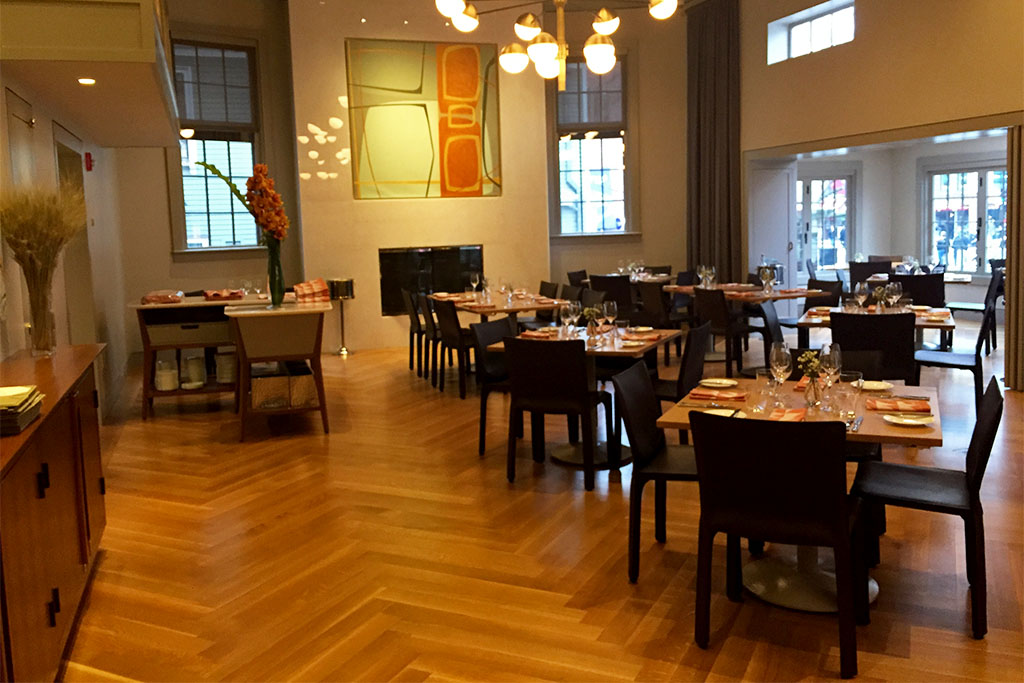 The interior of Parsnip, a restaurant in the Square that opened last November with a farm-to-table menu.
By Junina Furigay, Crimson Staff Writer

The vibrant pink and zebra-patterned wallpaper that lined local restaurant UpStairs on the Square until its closing in 2013 has been replaced by the minimalist white walls of Parsnip, fitting for the ambience the new Harvard Square restaurant exudes.

Parsnip opened its doors last November with a farm-to-table menu centered on local ingredients, in stark contrast to UpStairs on the Square’s unconventional menu. Nevertheless, Parsnip is attempting to pay homage to the former local favorite.

The interior of Parsnip, a restaurant in the Square that opened last November with a farm-to-table menu. By Junina Furigay

“UpStairs on the Square was a Harvard Square staple,” Jenny Severin, Parsnip’s Food and Beverage Manager, said. “It was funky and I think Parsnip definitely pays homage to the space.”

According to Severin, Parsnip aims to simultaneously create a relaxed and refined environment for its customers, while highlighting the artisanal food prepared by Executive Chef Peter Quinion.

Quinion hails from England and began his careers in English kitchens, and he described the food served at Parsnip as Anglo-American.

“American food to be honest is very similar to the food in England,” he said.

“What has inspired the food at Parsnip are the supplies that I use, which are direct from our suppliers and the people that grow for us,” Quinion said. “We have farmers who grow our chickens to a specific size and weight.”

While the restaurant is relatively new to the neighborhood, it has already attracted a wide ranging clientele—Severin said the restaurant has been frequented by multiple Harvard Deans, University President Drew G. Faust, and Hasty Pudding’s Woman of the Year and award-winning actress Kerry Washington.

It has also become popular among locals, Severin said, citing Cambridge residents' appreciation for globally inspired foods and the farm to table concept. Harvard Square has long been a leader in the local food movement. Severin said the restaurant has seen success in attracting both older and younger customers, with students particularly enjoying Parsnip’s upstairs lounge later in the evening.

“It is exactly the place students want to be with the fireplaces, the ambience, and the color,” Severin said. “Once they have had dinner here, they move to the lounge upstairs which has sort of a more chilled out space.”

Parsnip is owned by Hong Kong billionaire and record-setting Harvard donor Gerald Chan, who has purchased more than $100 million worth of real estate in Harvard Square over the past few years.

“The dining room is almost an extension of the owner’s living space,” Quinion said. “He does business here and greets friend here.”

Although Parsnip is less than a year old, its staff have large aspirations.

“We want to grow the business,” Severin said. “We know there are some places here in the Square that have been staples and we want to become a staple in the Square.”