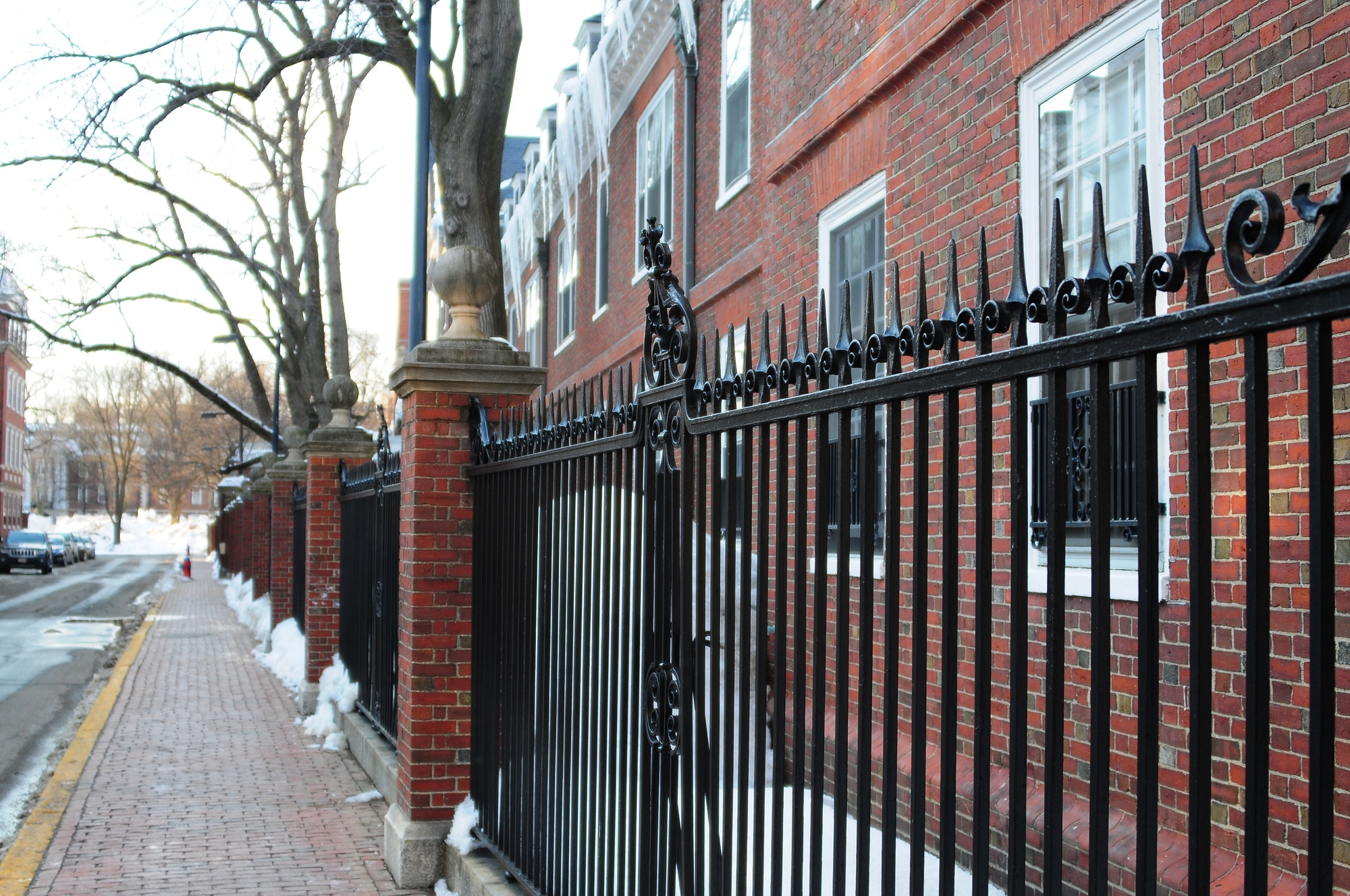 With stricter regulations during River Run, Harvard students sometimes resort to hopping the fences of upperclassmen houses, such as those behind Lowell.
By William C. Skinner, Crimson Staff Writer

In the twenty-first year since the College randomized housing, freshmen will celebrate their final night as unassigned students with rituals and festivities that have ebbed and flowed over the last two decades.

The First Year Social Committee will hold a “Housing Day Eve Carnival” in Annenberg Hall from 9:30 p.m. to 11:30 p.m. on Wednesday evening, with games and activities available to all members of the freshman class. 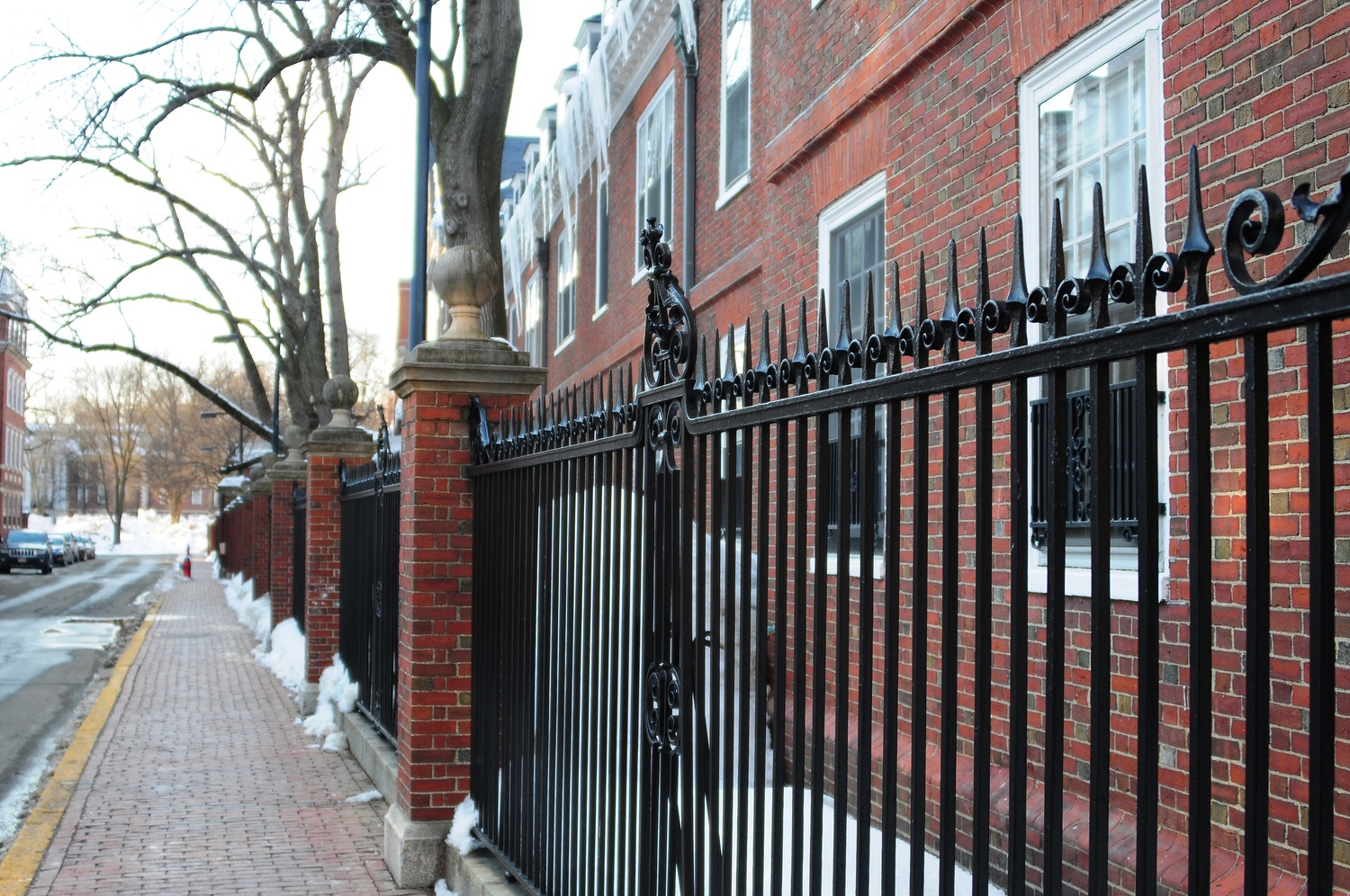 With stricter regulations during River Run, Harvard students sometimes resort to hopping the fences of upperclassmen houses, such as those behind Lowell. By Varnel L Antoine

“We really just see this as an opportunity for all of us to get together for one last time before we are assigned to Houses and get split up for the next three years,” said FYSC member Catherine L. Zhang ’19.

According to Torey E. Martin, a fellow for First-Year programs at the Freshman Dean’s Office, Housing Day Eve parties have taken place every year since at least 2008 and have become one of the FYSC’s biggest and most widely-attended events of the year.

On Housing Day Eve night, some freshmen will also seek to participate in a less sanctioned activity known as river run, an annual Housing Day tradition in which some freshmen attempt to drink a shot of alcohol in all nine of the River Houses to appease the “River Gods” before receiving housing assignments.

In recent years, as administrators increased police presence and warned freshmen of partaking in river run, Freshman Dean Thomas A. Dingman ’67 has sought to reassure freshmen that there is nothing they can do to affect the outcome of the lottery.

“I am hearing a lot of wishes and fears in advance of the lottery which places students into the Houses,” Dingman wrote in an email to freshmen last year. “This may be one of the few instances in which students cannot control the outcome.”

Despite the statement, Lowell resident Benjamin F. Molin ’18 said he is convinced that the River Gods played a role in his placement into Lowell House.

“The River Gods gave me the hook up,” Molin, who did not participate in river run, said. “They were looking out for me.”

By some accounts, the origins of river run can be traced back to the spring of 1996, when the College first randomized assignments into upperclassmen houses.

Out of fear of receiving an assignment into the Radcliffe Quad, then-freshman William F. Abely ’99 and his fellow blockmates devised a plan to make an offering to the River Gods. On that night, Abely said he and a crew made their way to Weeks Bridge, carrying with them a sacrificial offering: a plant that had rested in their dorm room since September.

“We bought the thing at a PBHA plant sale at the beginning of the year. As one might expect from a group of eighteen year old men, none of us ever watered it, so it just died and sat there,” Abely reflected. “This was a great excuse to get rid of it.”

Gathered at the bridge, one of the blocking group’s thespians read a hastily crafted incantation while standing on the ledge and then lit the plant on fire and hurled it into the River.

The next morning, they awoke to news that they had been placed in Leverett House, just throwing distance from the site of the ritual.

As a sophomore, Abely told a freshman friend, Adam G. Kosberg ’00, about the rite he performed with his blockmates the previous year.

In addition to reciting the incantation and igniting and tossing plants into the River as the previous ritual had done, Kossberg and his blockmates spent days leading up to the ritual making voodoo dolls, which he said they also to placate the River Gods.

The next day, Kossberg and his blockmates discovered they too had been placed in Leverett House, thus validating the ritual, according to Abely.

In recent years, river run has been met with increased security and scrutiny. As students largely traded the ritual sacrifices for individual libations, Harvard University Police have responded to the tradition by ramping up the number of on-duty officers at each of the Houses.

In a statement, HUPD spokesman Steven G. Catalano wrote that “HUPD as well as other local police jurisdictions are aware of the event and will work cooperatively to ensure that Wednesday night/Thursday morning is safe for everyone involved.”

Although he did not mention river run by name, in an email to freshmen on Tuesday evening, Dingman warned first year students of participating in certain pre-Housing day festivities.

“Should you choose to drink on Housing Day Eve, be prepared to accept consequences related to your actions,” he wrote.

This year, river running-freshmen will be met with a warm night, cloudy skies, and low of 55 degrees.