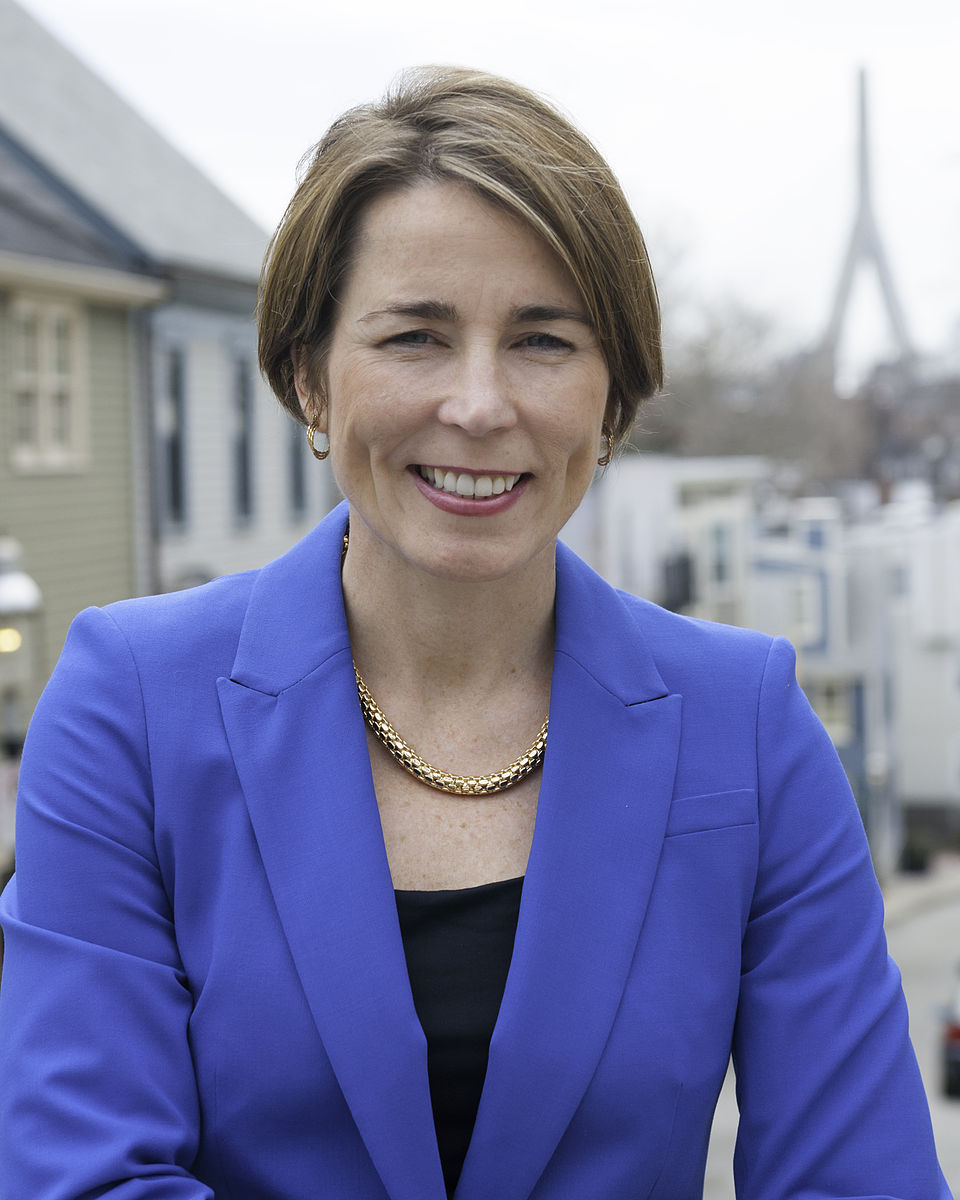 After speaking in the Kirkland House Senior Common room, Attorney General Healey sat down with FM to chat about her first year in office. ​
By Michael Lauricella

Attorney General Maura Healey '92 is the highest ranking Democrat in an elected position in the State of Massachusetts. She began her term on Jan. 21, 2015 and has taken on issues ranging from transgender rights to student debt. After speaking in the Kirkland House Senior Common room, Attorney General Healey sat down with FM to chat about her first year in office.

Fifteen Minutes: Who’s someone you greatly admire, and do you think you emulate yourself after that person in some way?

Maura Healey: I admire Hilary Clinton for what she has done in her life and her career. What she’s withstood, the ways in which she’s been tested, her perseverance, her intelligence, and her willingness really from the time she was in college to commit to public service and to try to make a difference in people’s lives. So, she’s somebody who I deeply admire and it’s why I’m working hard in hopes that she becomes president.

FM: You played basketball at Harvard. What do you think athletics taught you? And how do you use the skills you gained in athletics in your job today?

MH: Basketball is a team game, and I learned a lot about teamwork, discipline, hard-work, practice is what it’s all about....You are going to lose, you are going to win. But there are lessons in all of that. I probably learned more from losing than I ever did from winning. But I think with sports and athletics, there’s a chance to work as a team, have a goal, commit to something, and work hard to achieve it. It helped me tremendously in the campaign, in the way we built our grassroots campaign and ran our campaign. It was intense, had a lot of energy.... To me, it helped having had those experiences playing sports. Leaving the Attorney General’s office here in Massachusetts, those are lessons that I draw upon constantly, again about teamwork and collaborating, and having goals, and driving forward with an agenda. It’s important to me, and also it was a part of my life that was fun. I had a lot of passion for basketball. I think it’s important to keep something in your life no matter how old you get, or what you are doing, to keep something going in your life that gives you joy and fun.

FM: What do you think your biggest accomplishment has been since you took office over a year ago?

MH: I’ve just got an amazing team of people in that office that work so hard and bring energy every day to so many different issues, working to combat the heroin and opioid crisis, addressing issues of domestic violent and sexual assault, taking on student loan debt, fighting against healthcare costs. You name it. One of the things I really am pleased with this year is that we started a community engagement division. For us to be the people’s lawyer, people’s law firm, we need to be present in neighborhoods and communities across this state. So we started a community engagement division, Rodrigo [Plaza ’13] is part of that division, and we are out in the neighborhoods, at events, hosting community action hours in multiple languages, where people can come with their complaints. If you got a civil rights complaint, if you got an employment complaint, if you feel like you’ve been taken advantage of by a car dealership, or an insurance company that you are dealing with isn’t being fair to you, bring us your complaints and we’ve got lawyers and mediators right there on the spot in those community action hours to serve people of the state. I’m really pleased about that.

FM: Changing gears slightly, what have you done specifically to help student with debt over the last year?

MH: Well, we have, as an office, made this a top priority because student debt is $1.3 trillion and growing right now in the country. It exceeds, I think, all forms of debt that are out there. This is going to have a crippling effect on our economy if we don’t get this under control. Already, so many students and families are just crushed under the weight of debt, and it’s limiting their life-choices and options and it’s really terrible. So we’ve done a few things. One, we’ve worked really hard to get after predatory for-profit schools. We’ve gone after unlawful student loan servicing practices, unlawful student loan debt practices. And we’ve worked really hard to advocate that the U.S. Department of Justice provide discharges for student loans where students were taken advantage of by some of these practices. My team has been leading negotiations, recently securing an agreement whereby the U.S. Department of Education is going to start to discharge loans students of certain schools. That’s the kind of advocacy that we are bringing to this. It’s a top priority for our office.

FM: Another one of your top priorities was addressing prescription drug and heroin abuse. Why do you think that is such a prevalent problem in the United States?

MH: Well, I think a few things have contributed to it. I think that the rise of opioid prescriptions over the last 15 years has helped create what is now a public health epidemic. I think that drug cartels are out there and have figured out ways to not only get heroin in but also to manufacture new drugs like fentanyl that are coming into our communities that are incredibly potent and lethal. And I think that for far too long in this country we haven’t paid enough attention to issues of substance use, mental health and behavioral health, and we need to better address those issues. If there’s going to be a silver lining in this crisis, it's that we are going to have a real conversation in this country about substance use and about mental health, and recognizing that most all of us have one or another or both in our families. For far too long, people have not wanted to talk about it and kept it under the rug, and we got to bring it out into the open, so that people can get help. People need education. There can be better prevention efforts going on.... That’s why we’ve made it top of the agenda.

MH: I would say, don’t we want to treat others the way we’d want to be treated? I don’t understand the opposition to this bill. To me, it’s a simple matter. We respect one another. We respect one another’s privacy. We shouldn’t discriminate based on race, sexual orientation, gender, age, ability-disability, I could go on—or gender identity. It’s as simple as that. And I think unfortunately there is bias, there’s prejudice, there’s hate. And I think that forces that are opposed to LGBT equality have generally used this as an issue to essentially manufacture, mischaracterize, what this is about. And it’s been to the detriment of transgender people here in the state.

FM: As the first openly gay Attorney General in the United States, did you ever believe sexual orientation would hinder your pursuit of public office?

MH: No, there are any number of things that could hinder me. You know, I say that sort of kiddingly, but when I ran it was interesting because my sexual orientation was not talked about in this race here in Massachusetts. I take that as a positive sign. That said, I think it’s important that we support people running for office no matter their race, their ethnicity, their sexual orientation, their gender, their gender identity. This should be about who wants to serve and help people. So, I don’t view it as a limitation. I recognize that there has been a lot of prejudice out there. Look at the current issue, we are dealing with around gender for example. If you look at Congress, less than 20 percent are women. My point is that you can look at any number of examples whether in government, whether in business, where there are just too many disparities, whether they are racial or gender or other. We want a society where everybody feels like they got an opportunity to compete, to be considered. They shouldn’t be held back, based on anything but their imagination or their ability.

This interview has been edited for clarity, length, and style.