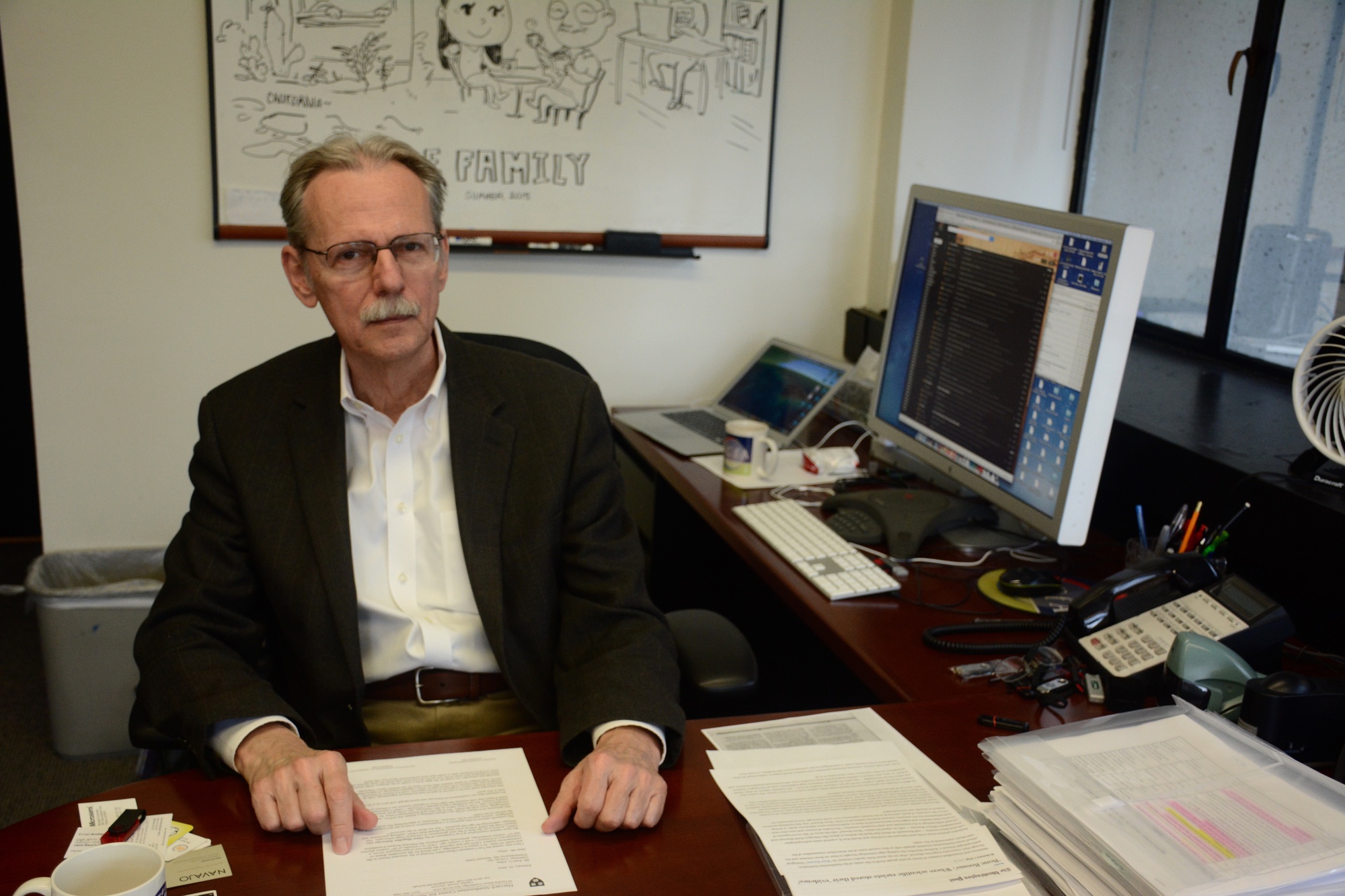 “There’s a strong sense of wonder which we tend to associate with youth,” he tells me. “But honestly, I’d say that in my case it’s just gotten better with time.”
By Molly E. Wharton

As a joint physics-math major at the University of Auckland with no knowledge of astronomy, Charles Alcock stumbled upon a volume of papers from the mid-1960s about rotating neutron stars. A graduate student had noticed pulsations from these stars—the smallest and densest known to exist—when looking through the data from a radio telescope, and subsequently (and accidentally) made one of the most important discoveries of the decade. “It just blew my mind,” Alcock, who is now the director of the Harvard Smithsonian Center for Astrophysics, recalls. “I thought, wow—this is what I want to do.”

So, despite never having taken an astronomy course, Alcock applied and was accepted to multiple graduate schools in the U.S. He’s honest about the criteria that led to his final decision. “I went to the Auckland Public Library, I looked up the weather records and decided that I would not survive a New England winter, let alone upstate New York,” he explains, and so he turned down Harvard and Cornell, heading instead to the balmy Pasadena campus of the California Institute of Technology.

Though he planned to return to New Zealand after receiving his degree, Alcock took to his new home quickly, and within a few months, he knew he would stay in the States. “It was so different,” he recalls. “The sense of possibility and optimism, also generosity... people have been consistently generous with me ever since I got here.”

In 2004, after stints at MIT, the Lawrence Livermore National Lab, and the University of Pennsylvania, Alcock came to Harvard to serve as director of the Harvard-Smithsonian Center for Astrophysics (CFA).

Alcock explains why the CFA is a particularly special place to work. “It’s both extraordinary in quality... also breadth,” he says, noting the nearly 300 Smithsonian and Harvard scientists that work there. Since joining as director, Alcock has overseen some groundbreaking discoveries. Scientists researching extra-solar planets made the first detection of the thermal-radiation of a planet going around another star. Another researcher showed how, with a telescope that Harvard is building in Chile, astronomers will be able to detect oxygen on other planets.

In his own work, Alcock tells me he is particularly interested in “looking for objects which don’t put out enough light to be seen with a telescope.” Though these objects emit little to no light themselves, their gravitational fields will bend the light of a bright background object—when one passes between Earth and a star, it can make the star look five, 10, or even 100 times brighter. During his time at National Lab in California, Alcock collaborated on a project to detect this effect, which is called gravitational microlensing.

These events are extremely rare—you would have to follow millions of stars to even “have a prayer” of seeing this effect, Alcock explains. At the time, people would use telescopes to measure 100, or, at best, 1,000 stars, “so to go out and say you could do millions was a stretch,” he recalls. “But we did it, and we found this effect.”

Alcock is currently engaged in a new project attempting to observe the historically un-observable. Back in 1960, Jan Oort published his hypothesis of the Oort cloud, a theoretical shell of trillions of icy objects that lies light years away from the sun. “Long-period” comets are thought to originate in this cloud.

“For 66 years, we’ve believed that this population is out there, we’ve done a lot of theoretical work on it,” Alcock explains. “I have no direct evidence for it.”

Now, that might change. Alcock and his colleagues are working on a technique in which they try to detect these objects when they pass between us and a bright star. This is no easy feat, as objects typically pass by the stars in less than a second, and stars need to be followed for 10,000 or 100,000 hours before you might see one event. The rarity of these events means that any measurement error can ruin the whole study.

The project faces other challenges, too. “When you look up at a star in the night sky and it twinkles, that twinkle is caused by the atmosphere, and astronomists hate it because it messes up our images,” Alcock explains. “For this project it’s particularly bad because it changes the brightness of stars and we want the stars to look completely uniformly bright so that the only reason they change is because something passes between us and the background.”

Though doing their best from the ground, Alcock and his collaborators have also proposed a space mission to NASA in order to do the project “the right way,” but the selection process for such missions, which can cost half a billion dollars, takes time.

In considering what astronomers at the CFA and beyond may discover in the future, Alcock is confident that we will find evidence for extraterrestrial life in our lifetime. “It’s getting close. There’s a very good chance we’ll find it with this telescope we’re building in Chile using an instrument that we’re building here in Cambridge,” he says.

In a field where theories and ideas may take many decades to find evidence to support them, persistence is clearly a virtue. But Alcock notes another aspect of the study of astronomy. “There’s a strong sense of wonder which we tend to associate with youth,” he tells me. “But honestly, I’d say that in my case it’s just gotten better with time.”