Thinking and Making: Matt Saunders on the Evolution of VES 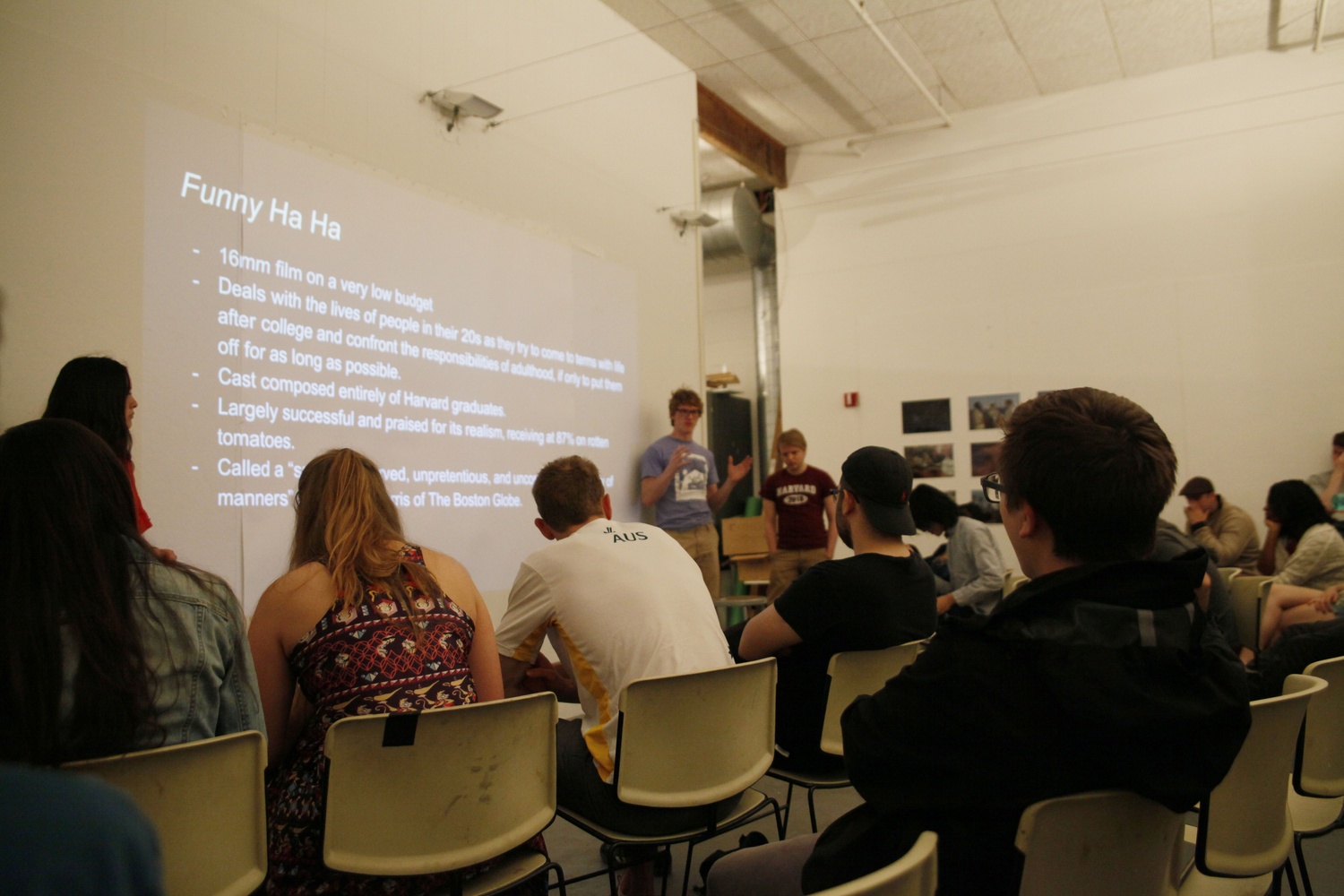 From filmmaking components in courses in the History of Science Department to stepped-up offerings in jazz composition in the Music Department, adding artistic practice to academic curricula has been a common concern across the University in recent years. In Visual and Environmental Studies, however, creative production has formed an integral part of the academic curriculum since the department’s founding in 1968. Yet even within VES, the relationship between studio practice and critical and academic studies has evolved significantly and continues to change today. The Crimson sat down with Matt Saunders, who received a B.A. from VES in 1997 and is now an assistant professor in the department, to learn more about the program’s past, present, and possible futures.

Saunders, who is also a practicing artist working in painting, photography, and film, explains that his own studies in VES coincided with the reorientation of the curriculum away from studies of human interaction with the built and natural environments toward more studio-focused coursework. “A decision was made in the early ’90s to collaborate more with the [Graduate School of Design] and to beef up the studio side, and that really happened when I was a student,” he says. “Now that relationship of studio art to the rest of the department and to the University has matured and normalized, to some extent. It was much more like an art school, I think, for me, than it is now.”

He adds that he sees both advantages and disadvantages to this more normalized relationship. “To some extent, [VES] was an amazingly energetic place [in the 1990s] partly because it felt a little bit outside of Harvard,” he says. “But people come to Harvard for all kinds of reasons, and figuring out how work [in VES] would interact with somebody’s larger arc is really important.”

Saunders says that throughout the department’s history, new faculty have instituted different balances between instruction in technical, medium-specific skills and exploration of creative practice as a form of knowledge with broader applications. “One of the implications built into calling the department ‘Visual Studies’ and not ‘Art’ is a sense of study,” he says. “Our department was framed as the liberal arts version of an art department: doing hands-on projects as a way to teach broader principles, very much in the way that a liberal arts education is formed.” He adds that he brings this concern for balance to his own teaching. “I see a big part of my classes as teaching making as a language... It’s about learning how to use the grammar and the materials and finding your way to speak through it,” he says.

This spring, Saunders is teaching the sophomore tutorial in VES as well as a course on the body in art called “Conceptual Figure.” He says that he designs courses with the aim of serving both concentrators and students from other disciplines. “Even in the five years that I’ve been here, I feel like I’ve seen some really powerful work coming from people who are not concentrators, and I think that it’s had an influence on the other work that they’ve done,” he says. “Someone who is now working for Google, for example—she was doing computer science, but I think that in her two courses with me she was really engaged with questions of visualization and coding, both in terms of making images but also in terms of information and disrupting structures.”

Saunders says that he believes retaining a dedicated faculty for studio practice remains important. To be able to make a meaningful film rather than write an essay as the final project for a class, for example, requires an investment of time in understanding the possibilities of film as an expressive medium. “As one of my film colleagues here [has said], you don’t say you’ll write a paper in Japanese without first studying Japanese. There are aspects of putting something like that together that seem straightforward until you try to do it,” he says. “That’s why it’s important that some of those things have a curricular home as well.”

Looking forward, Saunders says that he hopes VES will be able to expand to include more graduate programs beyond its existing Ph.D. program in Film and Visual Studies. “I think it’s essential for the University to keep up with the world,” he says. “More than ever, the visual arts are integrated with all of the other arts, with the economy. The growth of the Internet has been a growth of visual culture above anything else. There are ways in which I feel that our culture is more visual than it’s ever been…. It’s important for the University to keep pace with that.”