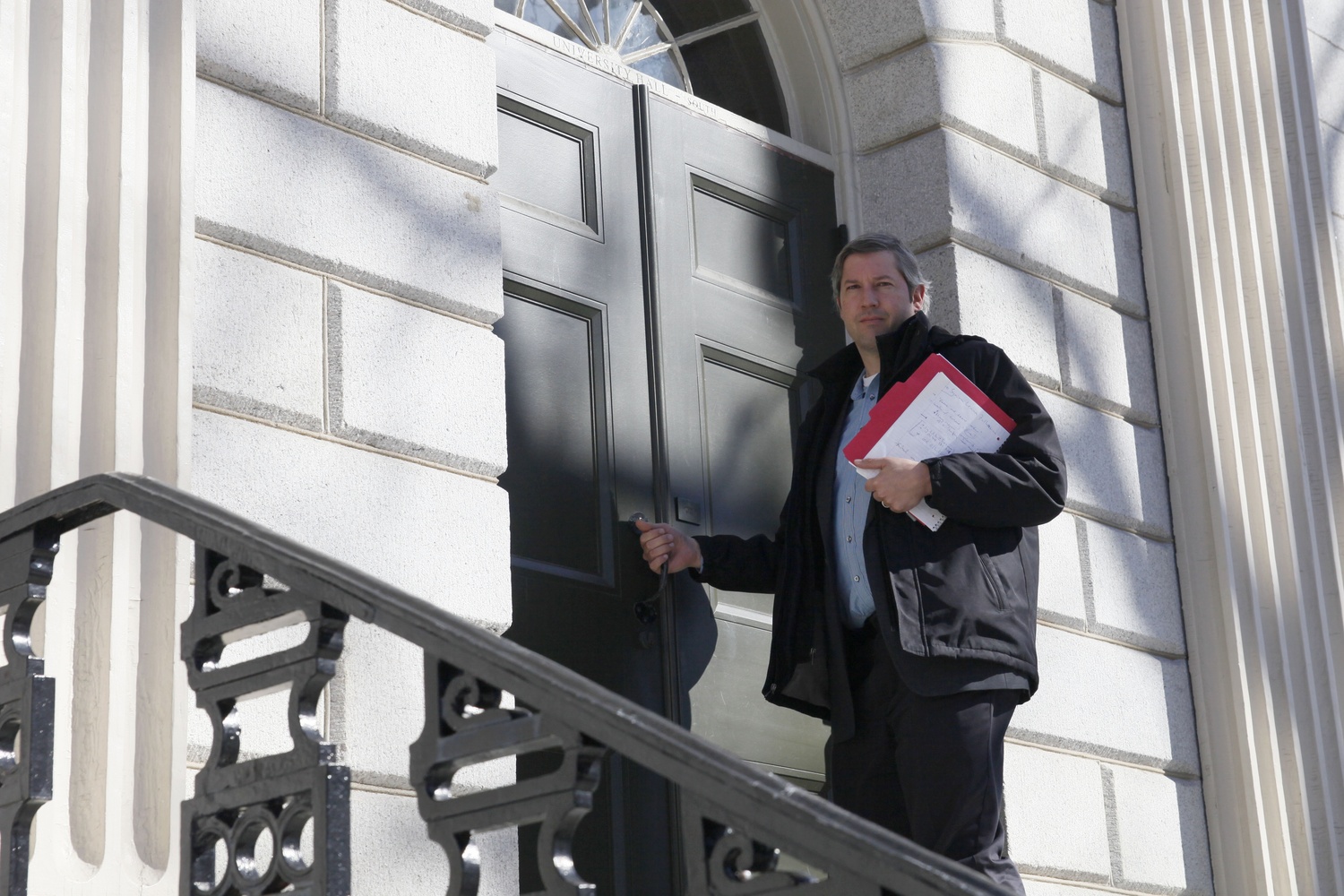 The clock is ticking for “Harvard time.”

Two pending proposals suggest to eliminate the unofficial seven-minute grace period between classes starting as early as fall 2018, in anticipation of the School of Engineering and Applied Sciences’s move to its new Allston campus in 2020.

Dean of Undergraduate Education Jay M. Harris presented the proposals to the Faculty of Arts and Sciences at their monthly meeting Tuesday. The proposals aim to spread out courses more evenly throughout the academic day and week to reduce course scheduling conflicts for students. They also would allow for adequate pass time once FAS expands to a second campus.

“The great richness of our catalog needs to be made available to our students,” Harris said. “All of this requires a fundamental rethinking, so that we indeed can have a schedule that’s built around academics.”

While administrators have not drafted formal legislation for schedule changes, Harris said he hopes to begin that process in the fall of 2016 and have courses scheduled under the new system during the 2018 fall semester, two years before the move to Allston. In a memo describing the proposed changes, Harris wrote that the scheduling would require “a proper regulatory regime that does away with ‘non-compliant times' and other endearing and unique features of ‘Harvard time.’”

The proposals recommend staggering course start times across the Cambridge and Allston campuses, with the first of the two proposals suggesting that instruction begin at 8:45 a.m. in Cambridge, and 30 minutes later on the Allston campus. Under that proposal, students would have 45 minutes of commute time between Cambridge and Allston, and 75 minutes for the return. Within a particular campus, students would have 15 minutes for a passing period. 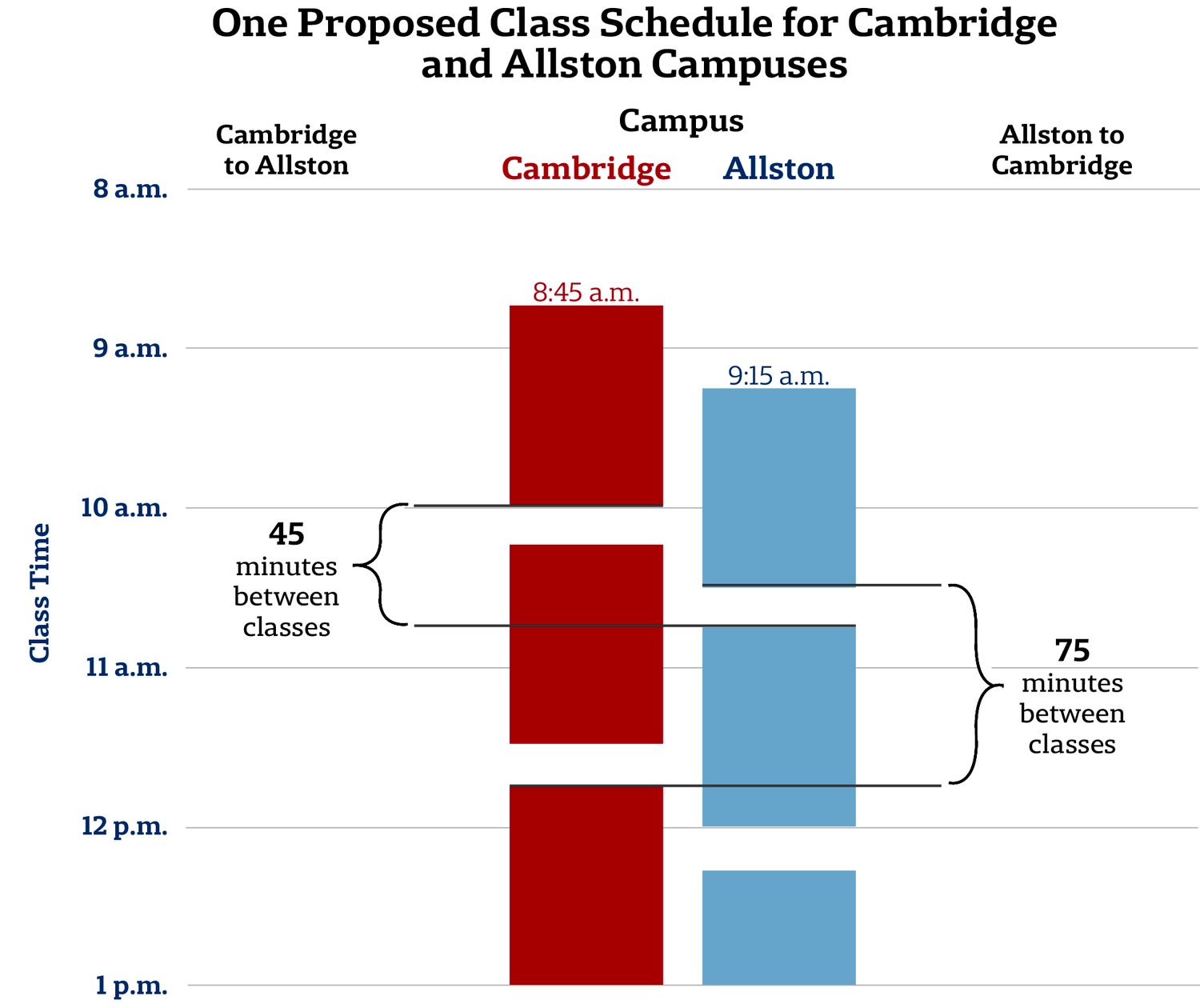 At the meeting, SEAS Dean Francis J. Doyle III elaborated on a variation of this proposal, which would increase the 30-minute stagger between classes to 45 minutes, allowing for a symmetric 60-minute passing time both to and from the Allston campus.

The second option Harris proposed suggests expanding instruction time on Fridays, recasting Wednesday as a flexible day for scheduling long seminars. Classes that now meet twice a week would meet either on Mondays and Thursdays or on Tuesdays and Fridays.

Currently, more than 80 percent of courses in FAS meet between 10 a.m. and 2 p.m., and only a minority meet on Fridays, Harris said. In addition, courses have varied lengths—55, 85, 115, and 145 minutes, for example—and often overlap, he added.

During the discussion period that followed Harris’s presentation, some faculty members raised concerns that extending the academic workday would negatively impact faculty with childcare responsibilities, and that students may not attend courses scheduled in the early mornings and evenings.

Brigette A.B. Libby, a lecturer in Classics and resident dean of Pforzheimer House, also expressed concern that the second proposal might lead to students in some departments “having a sort of untenable Wednesday,” chock-full of seminars not evenly spread across the week.

University President Drew G. Faust said Harvard’s efforts to prevent sexual assault have “been about respect, indeed about safety...about human beings treating each other with the dignity that human beings deserved.”

“We felt we needed to address this in every possible dimension,” she added. “This place is nothing if it is not a community in which we treat each other with dignity and respect.”