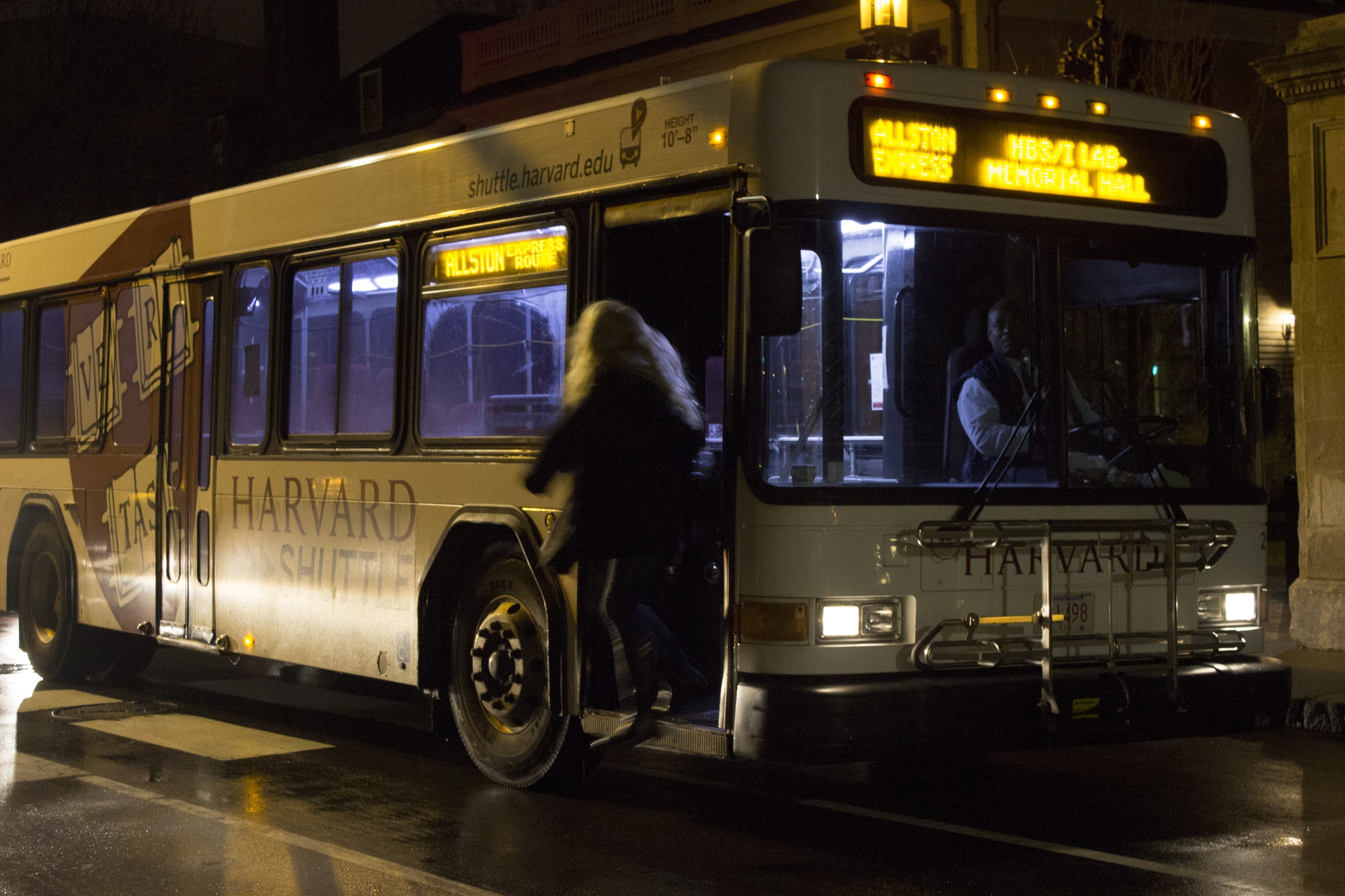 At 4:34 p.m. on Thursday afternoon, the Allston Campus Express shuttle picked up five passengers behind Harvard’s Memorial Hall, and embarked on an odyssey that bears witness to Harvard’s recent expansion into Allston. 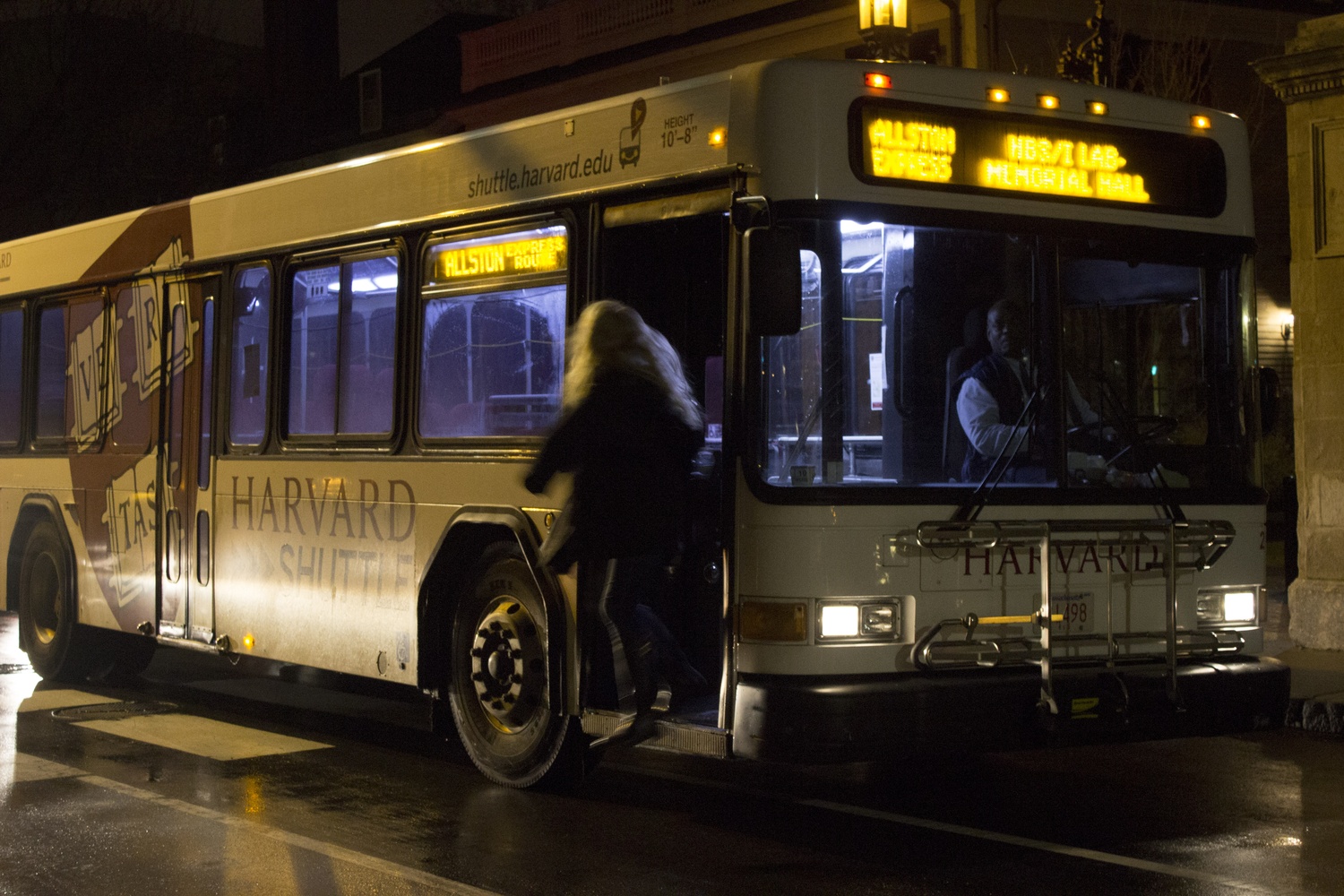 The Allston Campus Express, which debuted in 2012, passes the Law School, School of Engineering and Applied Sciences, Memorial Hall, and Lamont Library before reaching its Allston stops. At the corner of DeWolfe and Cowperthwaite Street, the driver lets a couple Leverett House residents hop from the vehicle before it crosses the Charles River into Allston.

In Allston, the mostly-empty shuttle wended its way between barren lots on Western Avenue. To the left, laid the sites of Harvard’s Enterprise Research Campus and the future SEAS complex, where two thirds of SEAS faculty are slated to move by 2020. To the right, the Harvard Innovation Lab sprawls beside the plot which will soon house the Harvard Life Lab, a biotech research facility.

Harvard’s broader plan for Allston goes beyond these three projects, including a basketball venue, hotel and conference center, and a residential and retail complex centered around Barry’s Corner, at the intersection of North Harvard Street and Western Avnue in Allston.

Among the most frequent undergraduate shuttle riders are athletes, who practice at Harvard’s Allston athletic facilities. Harvard football team member Noah Reimers ’19, who described himself as a loyal shuttle patron, was riding the bus to retrieve a forgotten key from his football locker in Allston.

“It’s usually not very crowded,” Reimers said of the shuttle.

Despite what some passengers called limited usage of the Allston shuttle services, Harvard Spokesperson Brigid O’Rourke said administrators are in the planning stages of addressing new transportation needs as Harvard moves into Allston.

In order to afford students time to cross the river and reach their SEAS classes, Harvard administrators have presented a plan to cut the unofficial seven-minute grace period between Harvard classes known as “Harvard Time.” In its place, the plan seeks to stagger classes, providing a larger transit window.

In addition to the Allston Campus Express Shuttle, Harvard debuted a Barry’s Corner shuttle in December 2015, which runs between Harvard Square and some of Harvard’s properties in Allston.

Past Harvard plans for Allston have suggested that Harvard move its three Quad residential Houses across the river to Allston, shifting the center of campus from historic Harvard Yard to the Charles River. These plans have gone largely unmentioned since President Lawrence H. Summers left Massachusetts Hall in 2006.

At 5:20 p.m., in a flurry of crimson and black, 25 students boarded the bus outside Harvard Stadium, their backpacks emblazoned with Harvard soccer, softball, and tennis logos. For the first time, the bus was filled. Dripping rainwater onto the red bus seats, each of which sported a Harvard seal, the athletes chatted as the bus whisked them through the downpour, back from Allston to Cambridge.