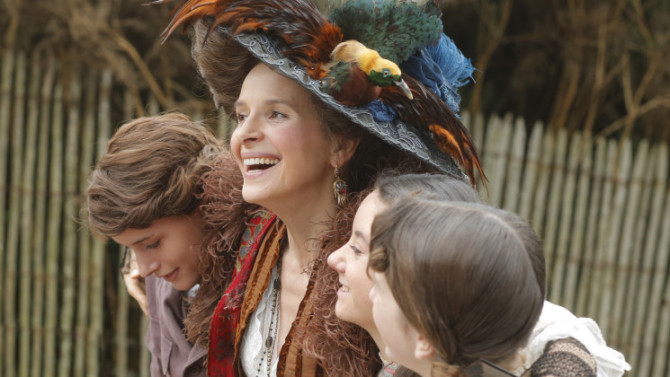 Bruno Dumont’s period piece "Ma Loute (Slack Bay)" is a freak of nature, shifting seemingly at will between silly slapstick, twisted black comedy and God knows what else. Fortunately for audiences, the cast and crew have arrived well-prepared for this exercise in chaos. Stylish, hilarious and undeniably absurd, the newest entry in Dumont’s filmography is a fun-filled, laugh-out-loud romp—even when it’s not quite clear what’s happening.

Set during the Belle Époque on a picturesque island in France, “Slack Bay” witnesses the collision of three distinct cohorts of characters, each one odder and more unbelievable than the last. First, there are the Bréforts, a clan of ferrymen whose main source of income involves physically carrying wealthy tourists across a river for a modest payment—a curious notion considering that they own a perfectly functioning rowboat.

On the other end of the socioeconomic spectrum are the Van Peteghems, a hopelessly inbred family of wealthy socialites who are vacationing in their summer villa. The patriarch, André (Fabrice Luchini), is a bumbling hunchback with an inexplicable penchant for gesticulation and verbal repetition. He is joined by a large extended family that includes, notably, his sister and ex-lover, the vain and histrionic Aude (delightfully portrayed by Juliette Binoche).

Finally, we are acquainted with two police officers—a small, red-haired fellow named Malfoy (Cyril Rigaux) and the rotund police chief, Machin (Didier Despres), who can scarcely bend over to investigate something without needing be helped back up. They have come to the island in search for a pair of missing persons who, it turns out, were killed by the Bréforts as part of an occasional and ridiculously nonchalant venture into cannibalism.

It should be patently clear by now that everything about the film is terribly bizarre. Try as the viewer may to make sense of the plot in “Slack Bay,” he will, by design, undoubtedly fail. The film’s charm is not in the details but in its holistic sense of reckless absurdity. Dumont’s characters are purposefully cartoonish in their oddities: They fall flat on their faces for no apparent reason, and towards the end of the film, a few of them simply take to the air and begin to fly. Understandably, enjoying a film like this requires a considerable suspension of disbelief. Those who are able to accept the work for its aimless and whimsical escapism, however, are in for a real treat. Surreal and strange but ultimately a laugh-out-loud affair, “Slack Bay” is a creative revelation.