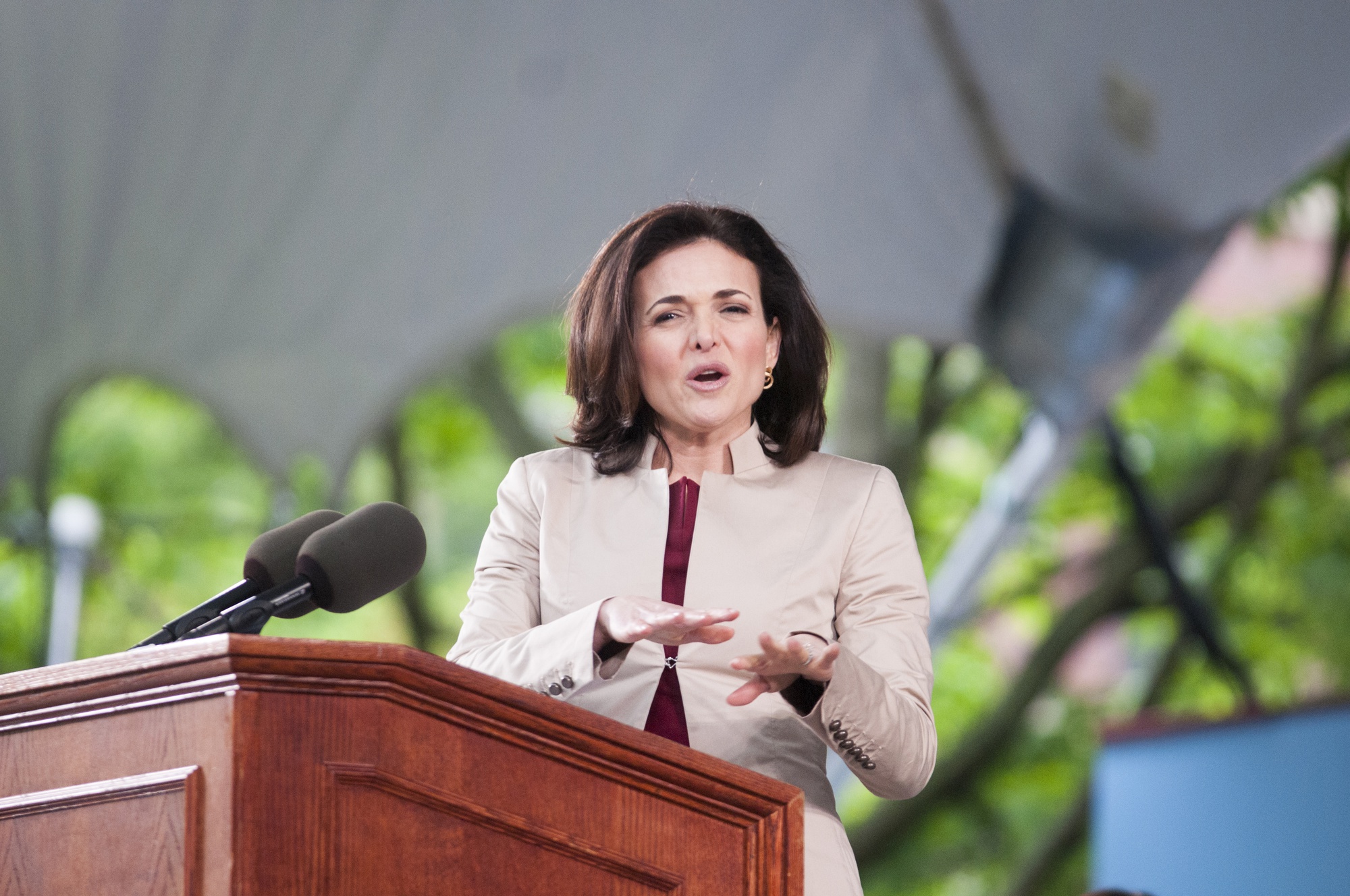 Sheryl K. Sandberg ’91, the chief operating officer of Facebook, discusses her time at Harvard as an undergraduate and gender inequality in the workplace as the 2014 College Class Day speaker. By Robert F Worley

Leaning In from Harvard Yard to Facebook: Sheryl K. Sandberg ’91

Almost 25 after graduating, the Class of 1991 has selected Sandberg as its Chief Marshal in this year’s Commencement ceremony—a position awarded to a class member who has achieved success in their careers, contributed to their communities, and served the College, according to the Harvard Alumni Association’s website.
By Brandon J. Dixon

When Sheryl K. Sandberg ’91 “bounced” onto campus during Harvard’s Opening Days freshman orientation program, her friends immediately knew she was a force to be reckoned with. Clad in what her college best friend Adam J. Freed ’91 described as her signature outfit—“leggings, a jean mini-skirt, and a big Florida gators sweatshirt”—Sandberg captivated her Canaday E entrywaymates from her earliest days on campus.

“I didn’t anticipate what she was going to do, exactly, but I anticipated that she would make an important difference in the world, and she definitely has,” Douglas W. Elmendorf, dean of faculty at the Harvard Kennedy School and an adviser to Sandberg as an undergraduate, said.

Almost 25 after graduating, the Class of 1991 has selected Sandberg as its Chief Marshal in this year’s Commencement ceremony—a position awarded to a class member who has achieved success in their careers, contributed to their communities, and served the College, according to the Harvard Alumni Association’s website.

Since graduating, Sandberg has become somewhat of a household name—partly because she is the Chief Operating Officer of Facebook, one of the most high profile companies in the world—but also because of her far-reaching career in the public and private sectors.

In 2013, Sandberg also published her best-selling book “Lean In: Women, Work, and the Will to Lead”, which explores female empowerment in the workplace. The book’s title, Lean In, explains exactly what she hopes readers will do: engage more readily in their professional environments. 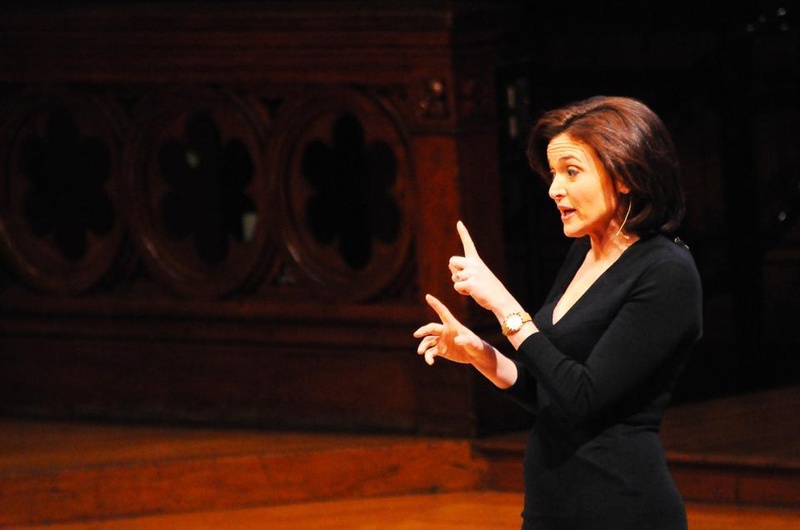 Sheryl Sandberg, Facebook COO and author of Lean In, talks about her experiences and her book in Sanders Theater on April 4, 2013. By Muhammad H Tahir

Before landing a job at one of the most sought-after tech companies on the West Coast, Sandberg floated between different economic institutions.

Her first job out of college was at the World Bank, where she took on health projects addressing leprosy and other ailments. Lant Pritchett, a colleague from her time at the World Bank and current professor of international development at the Kennedy School, said Sandberg “learned, like many people straight out of school, that she didn't know the practicalities of what she did, but she learned fast.”

“Now, if you had to think of what would be the most hardest thing to work on in the world, I think leprosy is it,” Lant added.

Following her stint at the World Bank, Sandberg found herself working at the U.S. Department of the Treasury with her undergraduate thesis adviser, former University President Lawrence H. Summers, as his Chief of Staff.

In a 2012 Atlantic article, Washington editor at large Steve Clemons wrote, “Clearly, Sandberg gave order and discipline and imposed a ‘game plan’ on Lawrence Summers—who must be just in the person he is one of the greatest challenges possible for an ‘organizationalist’.”

Soon, in 2001, she moved to the private sector, working for then-rising internet service company Google.

At Google, Sandberg bumped elbows again with her friend and former classmate Freed, this time as his boss.

“She was a magnanimous and great, thoughtful boss,” Freed said. “She was a great and thoughtful colleague, and no matter where she’s gone, whether it was working together at Google, or I presume at Facebook, she can make any place feel like our freshman dorm.”

Trailblazing in the College

Though Sandberg wrote that she struggled academically freshman year, Sandberg’s friends characterize her as an avid academic who explored versatile interests outside of the classroom. For all four years of her undergraduate career, she taught aerobics at the Malkin Athletic Center.

“She always had an aerobics instructor’s bubbliness, and the seriousness of a professor when it came to her academics, and the ability to lead people down any path, and always for good,” Freed said.

Still, Sandberg openly discusses the academic challenges she faced at the College.

“I had only ever written one five page paper before college,” Sandberg wrote for the Harvard Alumni website. “When I got all Cs on my midterms (which, let's face it, are not easy to get at Harvard), my freshman proctor told me I had been accepted to Harvard for my personality, not my academic potential.”

Yet, Sandberg was known for reaching out to faculty to explore her interests.

Elmendorf, then a professor in the Economics department, said he was surprised by how willing Sandberg was to approach him when she was an undergraduate.

Sandberg, who was a member of the Institute of Politics’ Harvard Political Review, approached Elmendorf during her junior year with a request for him to be the faculty adviser for a new organization she was starting—a student group hoping to increase the number of College women concentrating in economics.

“I think partly I was just struck when she first came to see me, to ask me to be the adviser of this group,” Elmendorf said. “I had been quite shy when I was her age, I would not have approached a faculty member the way she seemed comfortable approaching me.” 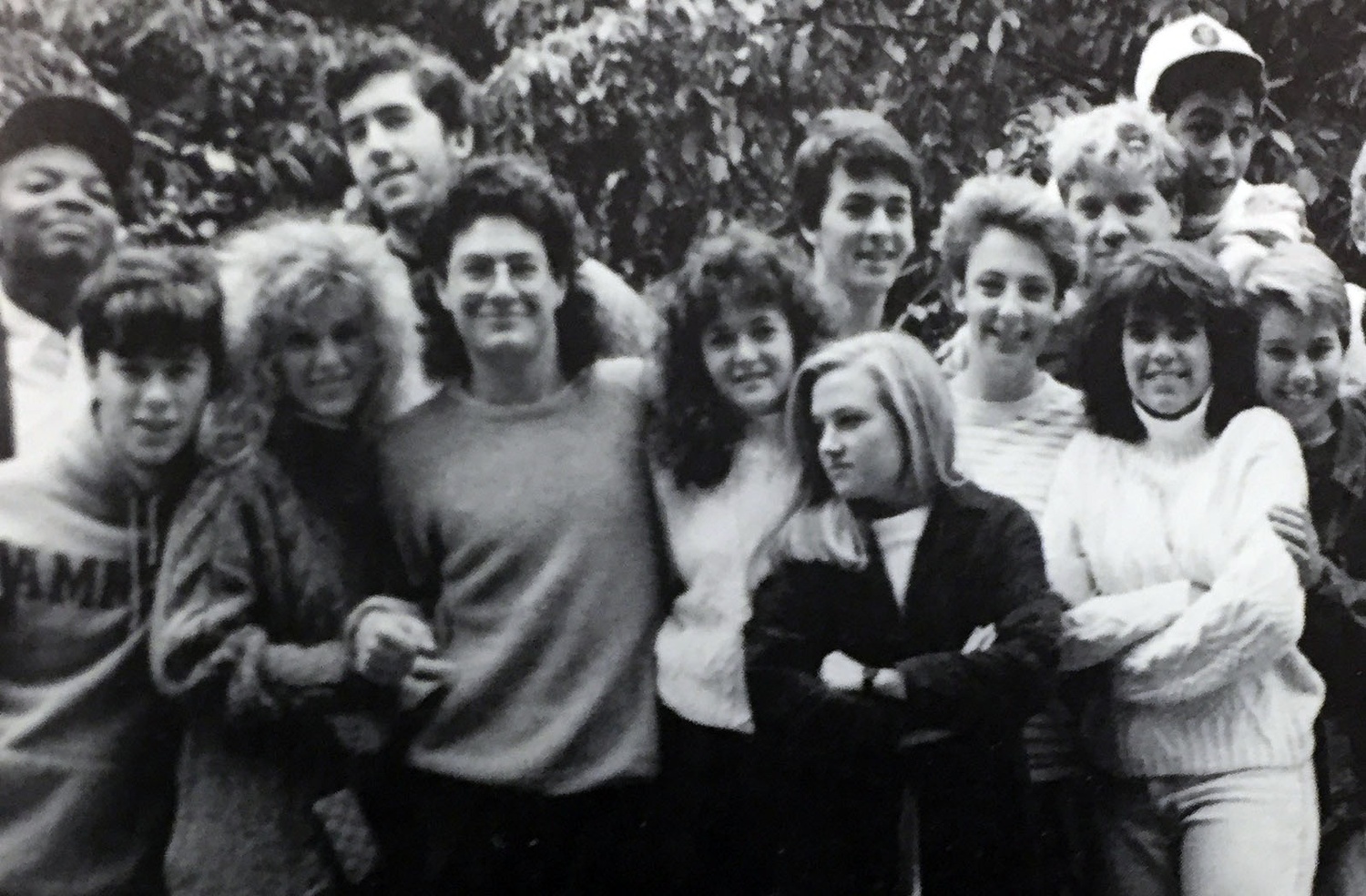 Sheryl Sandberg '91, pictured in center, stands with her entryway mates of Canaday E during the 1987-1988 academic year. By Courtesy of Harvard Yearbook Publications

After Elmendorf accepted, and with classmates Merrill M. Hannis ’91 and Deirdre M. Gallagher ’91 in tow, Sandberg founded Women in Economics and Government.

“Part of what she did was host get-togethers between students and faculty so that the departments would seem more welcoming and less off-putting than they might have seemed before,” Elmendorf said. “And I helped encourage some of my colleagues on the faculty to come to some of those get-togethers.”

A Jungle, Not a Ladder

Sandberg’s most recent women’s empowerment initiatives speak to this long-time interest in exposing herself and others to opportunities that would not otherwise be explored. In fact, her professional development during and after Harvard epitomizes her belief, evoked in Lean In, that “careers are a jungle gym, not a ladder.”

Across the world, Lean In is considered an important book in twenty-first century feminist leadership. Sandberg often draws on the book when she speaks at events like Harvard College Class Day.

More recently, Sandberg has also spoken openly about her experiences coping with the death of her husband, Dave Goldberg.

Freed commended Sandberg for her candor in sharing personal anecdotes with others.

“It’s a powerful, powerful conversation, and really speaks to themes of being friends and working with Sheryl,” Freed said. “I think she’s taking that approach now by kind of marrying a very painful personal experience with an opportunity to help others who are in a similar situation feel like they are not alone.” 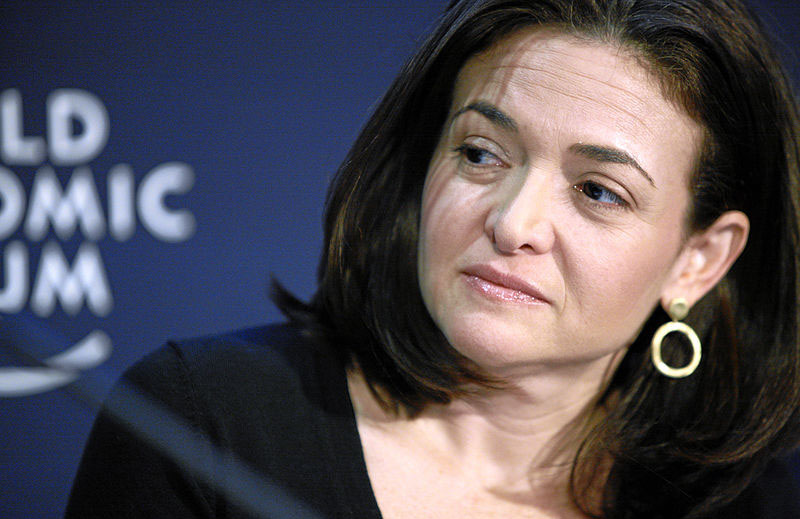 Philip W. Lovejoy, executive director of the Harvard Alumni Association, said he believes Sandberg’s penchant for addressing difficult issues in a very public manner is a central reason why the Class of 1991 chose her as its Chief Marshal.

“I think she’s an extraordinary individual, the work she’s done for Facebook and what Facebook does in our world, as well as her writing and Lean In, and empowering women,” Lovejoy said. “She just has an incredible resilience and strength, and I suspect that’s why the class chose her.”