Artist Spotlight: Christine and the Queens 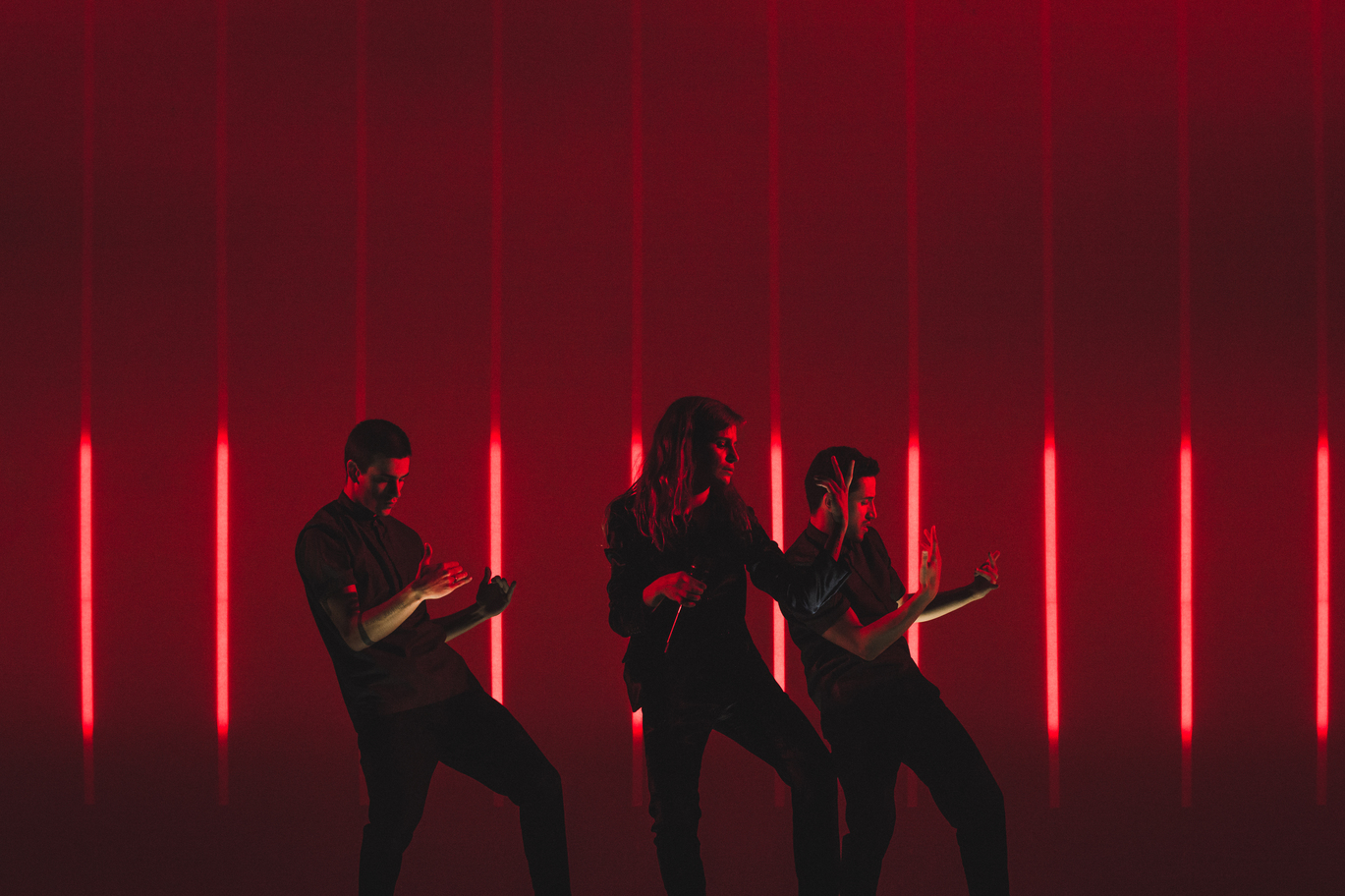 “I’m a man now / And there’s nothing you can do to make me change my mind,” Christine and the Queens proclaims in the song “iT”—the lyrics making for a bold and very fitting statement for the alter ego of French singer-songwriter Héloïse Letissier. Letissier has garnered critical acclaim since the release of her project’s debut EP “Miséricorde” in 2012, winning the awards for Best Female Artist and Music Video of the Year at the Victoires de la Musique 2015 (the French equivalent of the American Grammy Awards) and even earning praise from the likes of Mark Ronson and Madonna. With the fall 2015 release of her self-titled album—a repackaged version of her 2014 debut LP “Chaleur Humaine” for the American market—and an upcoming performance at Boston Calling, Letissier is gearing for an exciting future. Prior to her May 29 set, Letissier sat down with The Crimson to talk about the stage, music festivals, and the art of breaking free.

The Harvard Crimson: How did you become involved with music?

Christine and the Queens: I’ve always been interested in listening to music [and] constantly surrounding myself with music, but I never actually made music or wrote songs until I started this project. It was like six years ago [when] I started to write my first song with this idea of having a stage character and having to build a repertoire for it. Before that, I was interested in being a stage designer [or] director... so I was constantly listening to music that I could use in stuff like that. But [I] never, never wanted to sing, or I thought I was a terrible musician. So it’s weird. It’s a huge shift in my life, but maybe I was just never daring. I didn’t dare to do music before.

THC: So what brought on that shift? I’ve read that you were inspired by local drag queen musicians to form Christine and the Queens.

C&Q: I did meet performers in London. As I said, I wanted to be a stage director before, so I was interested in being on stage, but through theater. But for some reason, something was not clicking; something was missing where I didn’t feel like it was my place. So it felt terrible because I wanted to write and I wanted to do something with the stage, but I didn’t know what. And I think something clicked when I saw the drag queens—first because of the energy of it, because I was in a place where I just needed to see those performers. The queer energy and everything they brought on stage, including this fierceness they had, like this carefree energy, and… the way they invented the name, their character, the way of just being free of any norm—it just inspired me a lot. And I was like, maybe I just need to interact for myself—just make something of my pain or of my awkwardness. Maybe I can turn it into something stronger than me. And I guess music arrived because it was like first healing myself. I discovered the pleasure to sing, to project my voice and be generous of it. I think as a writing technique, it was really interesting to discover the pop song as a form…. I just discovered this new language, and it just felt really natural to use it afterwards.

THC: What is it like performing with dancers or a band?

C&Q: Well, it’s been the end of a process that took me maybe four years because… I started on my own… and then I finally met dancers that went on tour with me and [found] musicians to play this album I made. I think it’s really cool because I just met the right people, and I’m on stage with them for a reason. I toured a lot on my own before because I didn’t want it to be like, “Oh, let’s just have a band and do the whole thing like that.” I just always invited people on stage because it meant something and it actually helped me tell a story. It feels good now because I have the right people to perform along with me…. I don’t want to surround myself just to be surrounded, so because it means something, it’s quite cool.

THC: Your songs deal with pretty affecting themes—for instance, being an outsider. What draws you to those topics?

C&Q: I guess I’ve been writing with what I’ve been feeling, and so I just write from the perspective of someone who questions the norms and feels out of it because I always felt like that. I think my character—like, Christine as a stage character—was the first expression of something that came from an anger. When the character was actually being born, I was just constantly writing that Christine was the name of my anger. For me, the first jot of Christine is: What could an angry girl—a young girl—just dream of? And I was dreaming about this mutual energy that could be free from many, many injunctions. I wanted to break free from many things, including the constant urge to be pretty and polite, not to take too much space, not being bossy—stuff like that. I never felt like my way of being a woman could fit before, because partly I’m queer and partly I don’t fit this constant urge to be soft…. I’m just talking about what strikes me.

THC: You’ve mentioned a lot about breaking free. How do you think performing and making music has helped you achieve that?

C&Q: I guess first because I just found a way to relate to people. It sounds a bit cheesy, but it’s just that I’m quite socially anxious. So just the fact that I can actually write something and something can resonate… it’s something, for me, that’s really beautiful…. I’ve been obsessed with being on stage and being a performer since I was a kid, so I get to do what I want now. I get to try to create new ways of existing…. To just be allowed to do that… is a luxury. I don’t know if it’s going to go on, but maybe if it’s not under this form, I just need to write consistently and think about the stage. It’s just what I love to do. This is just what I’m made for.

THC: What should the audience expect from your performance at Boston Calling?

C&Q: They can expect something quite physical... because there’s a lot of dancing involved, lots of movement, lots of sweat. When I’m playing festivals during daytime, I just want something quite simple and generous because you have like 40 minutes to make an impression and then leave. I like to concentrate on what I want to tell and what I want people to actually feel. So I have this boxer energy—just, like, entering this ring, and you have to like kick and punch and then leave. But hopefully [the audience can expect] an introduction to what the character is, and if you want to dance along with us, it’s totally possible.