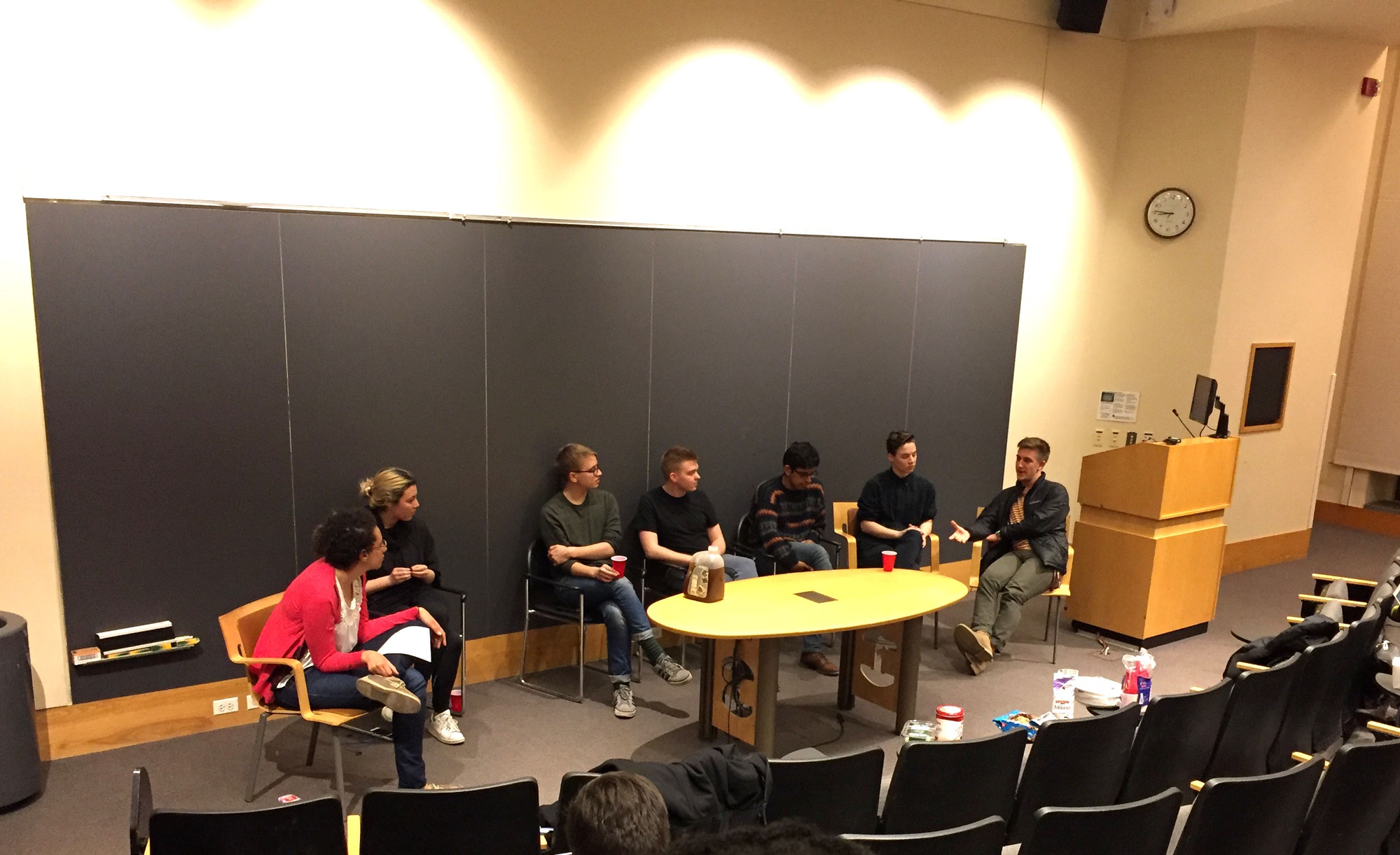 College administrators have made an ongoing effort to provide more support to help students studying abroad know what to expect regarding cultural norms and gender identity in the countries they are visiting. 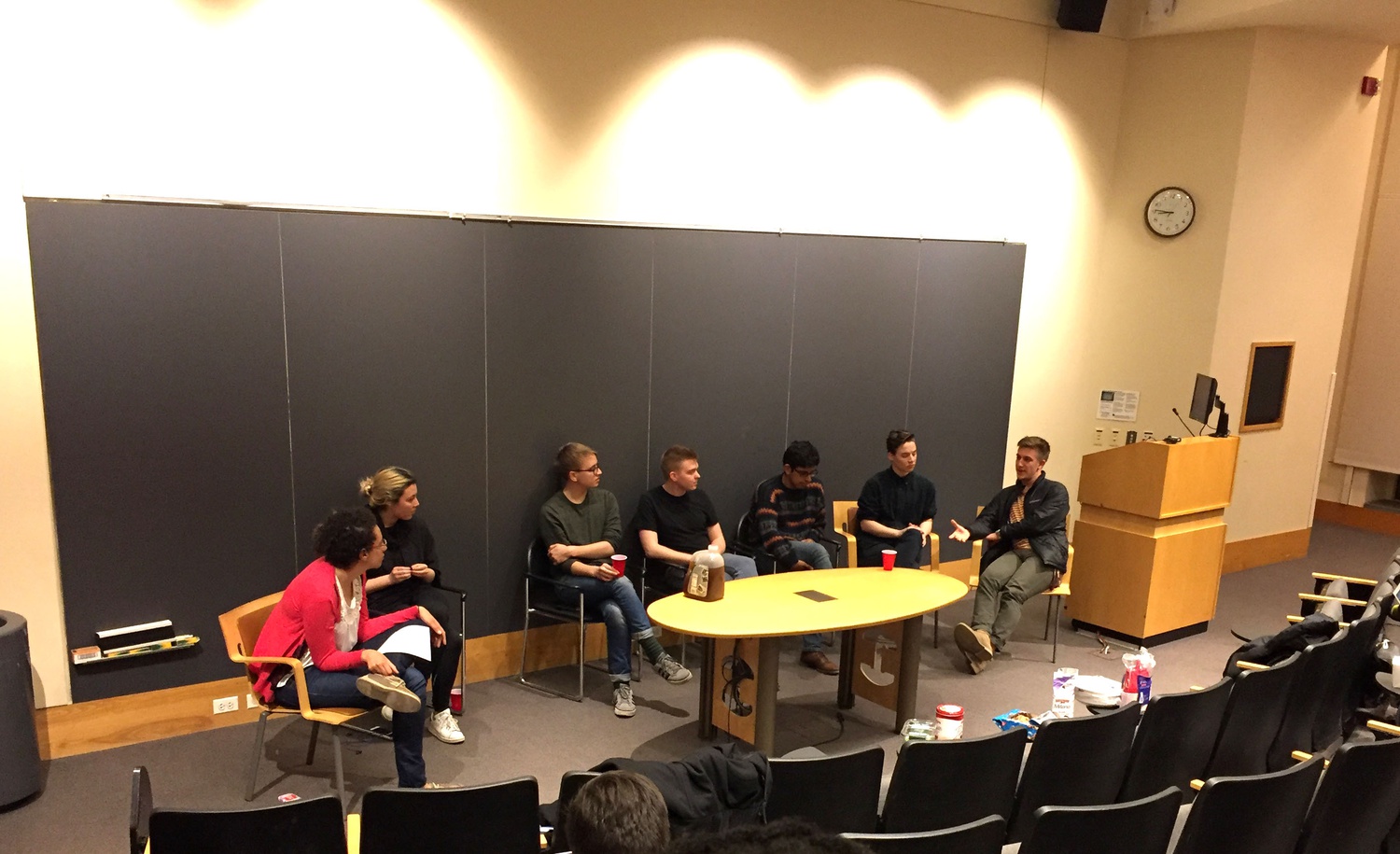 Brianna J. Suslovic ’16, a student adviser for the Office of International Education in Winthrop, helped organize two panel events this semester focusing on identity-related issues abroad. The first was titled “Gender Abroad” and featured panelists who shared their experiences as women traveling in foreign countries.

About a dozen students and administrators gathered in the Fong Auditorium for a second event titled “Out Abroad” on April 12. The event, a collaborative effort among Global Support Services, the Office of BGLTQ Student Life, and the Office of International Education, featured six BGLTQ undergraduate panelists who had studied or worked abroad. The six panelists shared their experiences of being BGLTQ as they spent spring and summer semesters in foreign countries, sharing personal stories about relationships to cultural norms.

Suslovic spent her junior spring studying abroad in Madrid, Spain. She said she found that although most of her expectations about Spain were met regarding food, entertainment, and safety, she was surprised by a few experiences where her identity came to the forefront.

“It turns out some of the bigger things around gender and sexuality and race, I had a lot of assumptions going in that were incorrect,” Suslovic said. With regards to BGLTQ issues, she noted that Spain was generally progressive. However, she was also surprised to find that race would prove to be a more contentious issue.

“I think there were a couple incidents where my host mom would make really generalizing comments about all Asians, or all Africans,” Suslovic, who identifies as a biracial, said. “The idea of political correctness doesn’t really exist. And so because of that, occasionally my host mom would be watching the news and… would make very disparaging comments.”

When she was preparing for studying abroad in Spain, Suslovic said that she did not think about her identity as a potential point of concern.

“I think that in retrospect, it would be useful to have someone point me in the right direction,” she said.

For the past several years, administrators have made an ongoing effort to provide more resources for students going abroad.

Elizabeth E. Walsh, the program manager for strategic initiatives at Harvard Global Support Services, said she frequently meets with departments that plan to send Harvard personnel or students abroad to provide guidance and educational materials. She emphasized that she can be a resource for those who are unsure how to fit in safely within a culture vastly different from one’s own.

In speaking about her experiences working at GSS, Walsh mentioned that she recently received an email from a female student at Harvard Business School who was planning on traveling to Morocco in January. The female traveler expressed that at an informational meeting, she was advised to dress “conservatively” but did not know exactly what that meant.

Walsh, who came to Harvard in August after spending most of her career working in the United States Foreign Service, said she could easily relate.

“My very first trip to support a secretary overseas was [former Secretary of State Colin L.] Powell in Islamabad,” she said. “I was on that jump team and I was told the exact same thing… [but] that means something very different to someone who grew up in the U.S. than to someone in Pakistan so I obviously was not dressed appropriately.”

To answer the student’s question, Walsh said she put together a guide for dress in Morocco, which included pictures of appropriate outfits.

“I really wish someone had been specifically like ‘wear X, Y, Z,’” Walsh said, recalling her own experience traveling abroad. She said that her guide to dress, along with her other services to support students going abroad, emphasizes educating individuals about the cultural and legal implications of identifying as certain groups in other cultures.

“There is a wide spectrum of things and it really comes down to knowing your country, understanding its culture, and identifying spaces that are safe and how to move within those spaces,” Walsh said.

—Staff writer Siqi Liu can be reached at siqiliu@college.harvard.edu.

A previous version of this article incorrectly stated that Colin L. Powell was a former Secretary of Defense. In fact, he was Secretary of State.