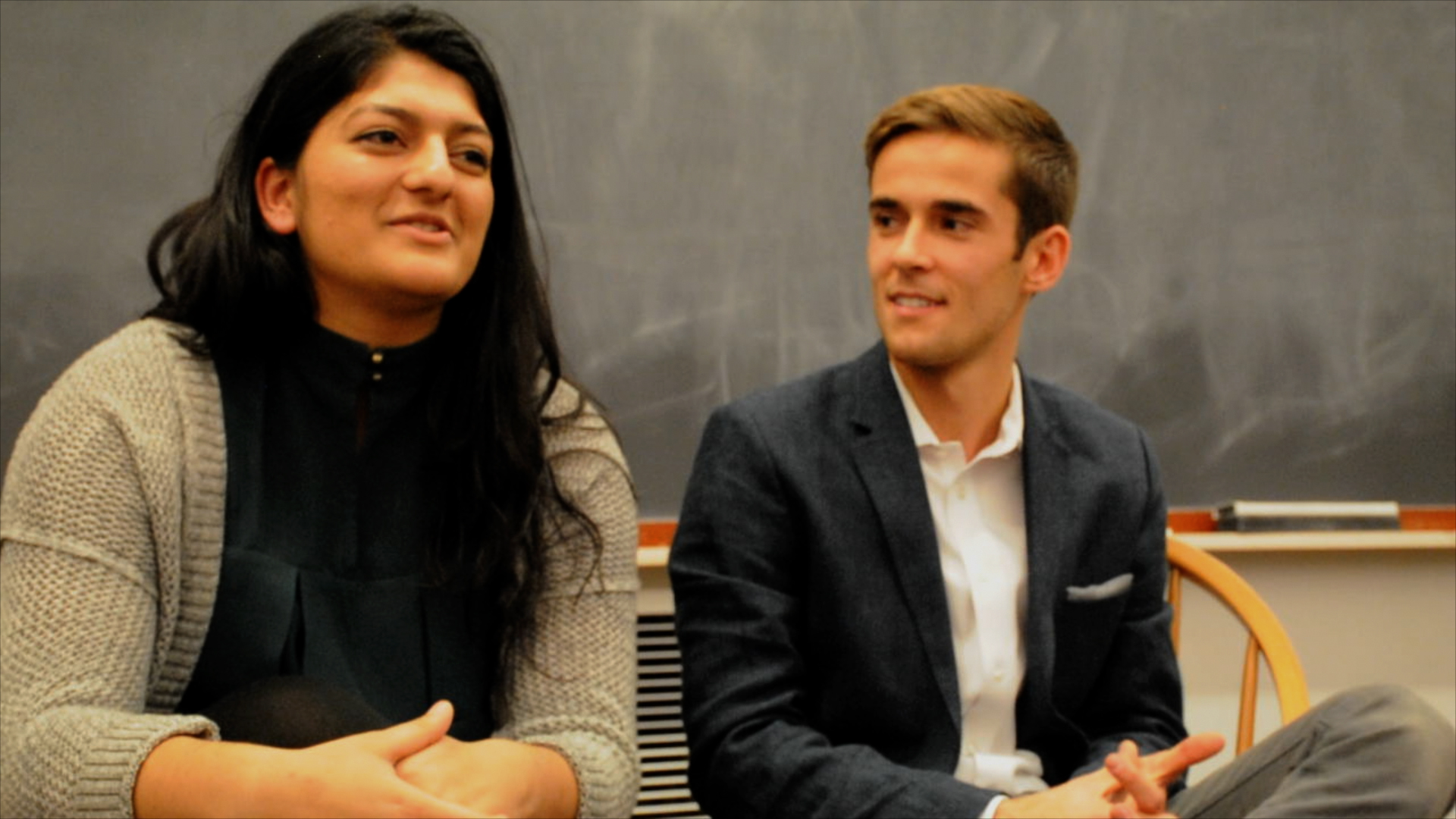 Leaders of the Undergraduate Council expressed concerns regarding a new policy that would penalize undergraduates for joining unrecognized single-gender social organizations, emphasizing that the policy did not take into account the wide variety of such groups at Harvard. 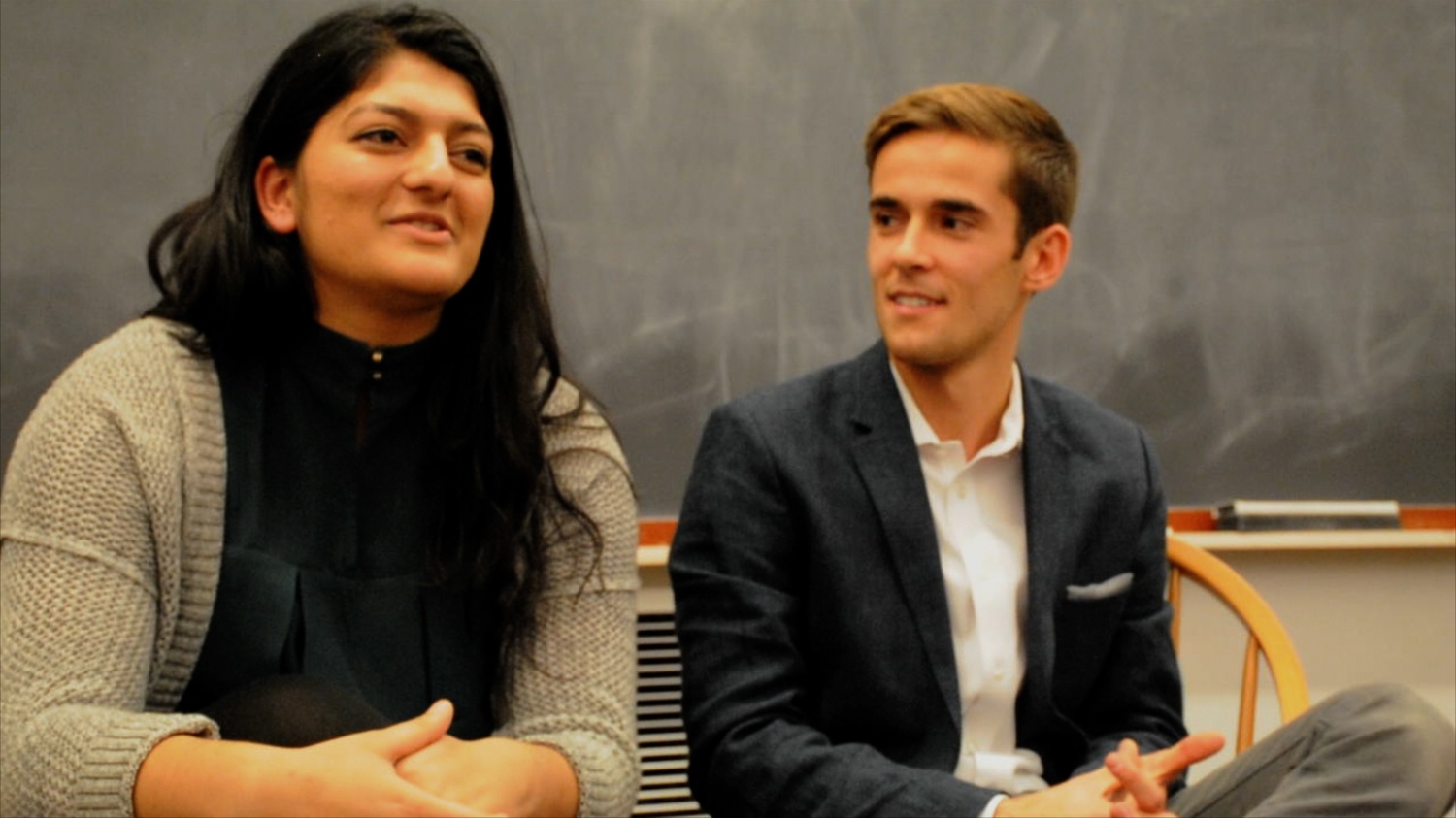 UC President Shaiba Rather '17 and UC Vice President Daniel V. Banks '17 wrote in an email to undergraduates that they supported the College's vision By Helen Y. Wu

Several hours after Faust’s message, UC President Shaiba Rather ’17 and UC Vice President Daniel V. Banks ’17 wrote in an email to undergraduates that they supported the College’s “vision of a more open campus,” but raised several reservations with some of the College’s recommendations and called on administrators “to develop a more nuanced policy which includes student voice at every level.”

Rather and Banks questioned the impact the new policy would have on undergraduates, and suggested that student groups may be hurt by a rule barring certain students from serving in leadership positions.

“Vetting of elected members of student government based on affiliation in certain groups is detrimental, and fundamentally opposed, to the vivacity of the democratic process,” Rather and Banks wrote.

Former UC Vice President Sietse K. Goffard ’15 also raised concerns over the effects that the policy may have on students.

“I’m also worried that it could potentially bar many well-meaning and competent individuals from serving in leadership positions, such as in the UC,” Goffard said. He also pointed out that he served as UC Vice President with then-UC President Gus A. Mayopoulos ’15, who was a member of the Oak Club, an unrecognized all-male social organization.

In addition, Rather and Banks criticized the timing of the College’s announcement, noting that the recommendations have raised questions “about the future of Harvard” that students “do not have the time and energy to answer,” given that undergraduates are currently taking final exams.

They also called on administrators to recognize distinctions between Greek organizations and final clubs, emphasizing that the structure and missions of fraternities and sororities are often distinct from those of final clubs—which have been the main focus of administrative scrutiny for the better part of the last year. Faust wrote in her email to undergraduates that the College’s definition of “unrecognized single-gender social organizations” would include “final clubs (male and female), fraternities, and sororities” alike.

“I do think that there’s a distinction between final clubs which operate on a punch basis, where you can only go through with trying to get membership if you are pre-selected, and some of the rush policies that fraternities and sororities use where anyone can at least try to become a member,” Goffard said. “That’s an important nuance. I’m afraid that the policy is too much of a blanket policy.”

Goffard also questioned the College’s ability to enforce the policy, noting that it would be difficult for administrators to know which undergraduates are members of unrecognized student groups.

“Membership in single-gender organizations and final clubs are not always publicly known... I don’t exactly know how the College is planning on procuring lists of members in each of these organizations and how they’re going to monitor that,” Goffard said.

“I imagine that will be an issue that plays out prominently,” he added.

Khurana’s letter, attached to Faust’s email, calls for the creation of an “advisory group comprised of faculty, students, and administrators at the College” to implement the new policies. Rather, Banks, and Goffard all emphasized the importance of including a variety of different student voices in the group.

“The creation of such a group is imperative and we appreciate the effort to include students, from all backgrounds at Harvard in the development and refinement of these policies,” Rather and Banks wrote.

“One's social group does not affect one's ability to lead in a community on campus, and restricting the leadership of on-campus communities could work against the goals of the administration,” Kelley wrote in an emailed statement.

Although a Harvard-wide task force on sexual assault prevention released a report in March suggesting a correlation between sexual assault and participation in final clubs, Goffard noted that he was not convinced that the College’s recommendations would lead to a “large fall in sexual assaults just yet.”

Still, Goffard acknowledged the College’s goals in crafting the policies, and recommended that single-gender organizations transition to become co-ed.

“I do really hope that it prompts many single-gender organizations to go co-ed,” Goffard said. “I think that final clubs and other single-gender social groups that choose to make the decision are really on the right side of history.”

In addition, Rather, Banks, and Goffard emphasized that the College should look beyond gender alone when attempting to address exclusivity on campus, with Rather and Banks writing that “exclusivity is not relegated to gender alone: class, sexual orientation and race still trouble the welfare of our community.”

“Our campus culture and institutions really need to keep up with the times,” Goffard said.