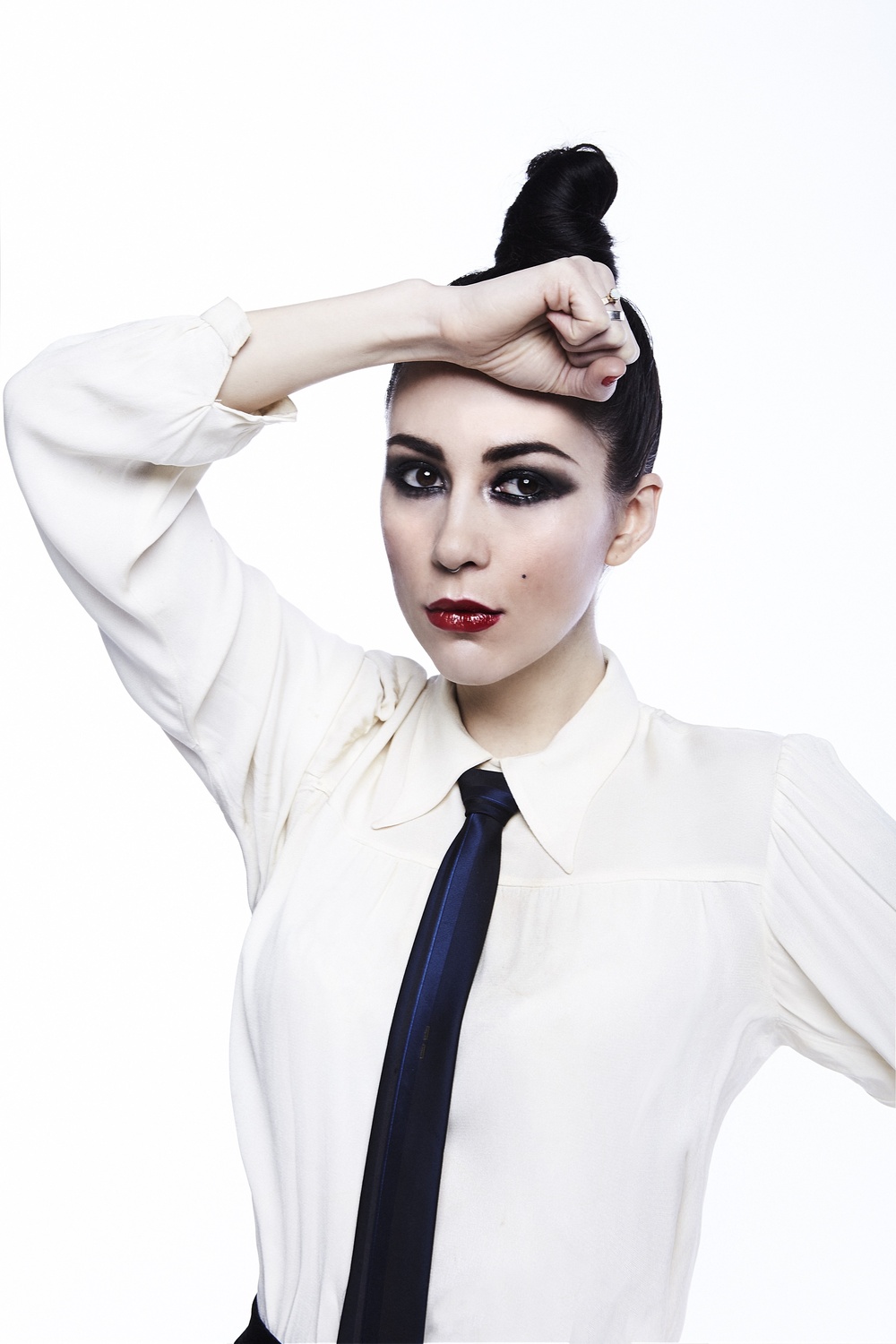 For singer-songwriter Kristin Welchez, working in the music business is nothing new. What is different, however, is her moniker. While she led the acclaimed rock unit Dum Dum Girls under the name Dee Dee, Welchez now goes by Kristin Kontrol—her solo project that is currently making a “quantum leap” (as Pitchfork describes it) onto the music scene with the recent release of her debut album, “X-Communicate.” Prior to her June 17 performance at Middle East, The Crimson spoke with Welchez about her move away from Dum Dum Girls and her musical inspirations.

The Harvard Crimson: Why did you decide to become Kristin Kontrol instead of continuing as Dee Dee with Dum Dum Girls?

Kristin Welchez: After the tour [for “Too True”] finished and I had a chance to rest for a second and look back, I was starting to recognize that maybe that record had not gone over quite like I thought it would…. I tried the most with “Too True” to push the sound in a new direction. I always try to make progress and expand on the sound of the record from album to album, but I think with that one I took it the farthest that I’d taken it. So it was the first time that I was starting to feel like, okay, well, there’s a lot of people who listen to Dum Dum Girls and regard Dum Dum Girls as almost a set thing; that isn’t necessarily going to change…. [But] how does that work with what I want to do—which has always been to grow and make progress and evolve? How is that going to work if I’m trying to expand and the context of Dum Dum Girls has more power than the songwriter of Dum Dum Girls? [….] I decided to start writing music and approach it differently than I had with Dum Dum Girls because I wasn’t going to be constrained…. It was like, “I’m not going to be limited by the aesthetic. I’m not going to be limited by the sound. I’m straight up just going to make whatever music I feel like making.”

Fast forward to having finally figured out the songs after about six, seven, eight months of writing…. Ultimately it was like, “Okay, guys, here’s the record I made. It definitely can’t be played as Dum Dum Girls are now…. It’s definitely a different kind of music.” I didn’t want to change Dum Dum Girls because [they are] almost an archetype, so I decided to just cut [them] loose…. To try to articulate it simply: I felt like I had reached the limit of where I could grow artistically within the context and the confines of Dum Dum Girls…. When I had the record completed, it was just a matter of figuring out a new home for it, and it was one of those sort of revelatory moments where it was two-fold in terms of outgrowing something. I had outgrown the mold of Dum Dum Girls, and I had also outgrown the need for an alter ego—which essentially I started with as a security blanket because I had never written my own songs before, and I had never sung in my own band before. I have dealt with confidence issues [and] stage fright my whole life, so in taking my first baby steps out there, it was really helpful to flip the switch and have this character because it was empowering and sort of allowed me to flex an extrovert muscle that had been dormant until then. Now, almost 10 years later, I’ve obviously grown up quite a bit. And I just realized I want to view my music as myself. It’s just time.

THC: Still on the topic of switches—could you talk about your transition from writing and performing ’60s-inspired garage rock to more ’80s synth pop?

KW: Well, I wouldn’t simply say it like that…. When Dum Dum Girls started and I was learning to play guitar… I was learning covers and a lot of those ’60s hits—sort of that era of songwriting [where] you had songwriters where that was 9 to 5 for them. It was very formulaic in that way, and that was a really accessible tool in learning how to write my own song. I would learn a Neil Diamond song or very simple Beatles song… then I could play and sing a song, and it was pretty encouraging because it was like, “Okay, I didn’t write this song, but I’m capable of performing it, so let me take these strings and chords and put them in a different order and see what happens….” I tried with each Dum Dum Girls’ album to expand on the songs to reflect the fact that I was learning how to play guitar better, to practice the craft of songwriting….

With this record, I’ve definitely seen that it’s been distilled down to synth pop or super 80s or whatever. There are obviously a lot of references from that era, but there are a lot of other references as well that aren’t as dominant or aren’t as well known. For me, the record kind of reflects a pretty wide scope of all the music I like. You have the first song, “Show Me”; it was on the more emotional side. I wanted to write a simple, direct song that was hopeful, which was honestly something I had never done before. So lyrically I was going for simple and memorable and hopefully impactful. And sonically I was going for minimal, but also that really great mid-tempo dance beat which is kind of a big thing in freestyle music…. I was listening to a lot of Robyn, and she has a song called “Show Me Love,” and that was a very literal inspiration. And I was also listening to the Susie and the Banshees’ song “Kiss Them For Me,” which also references that mid-tempo freestyle percussion rhythm. [With] the next song, “White Street,” I wanted to write a Kinks-esque guitar rest because I had never done that, and then the producer, Kurt, put in a lot of shoegazey guitar sounds. The next song, “Don’t Wannabe,” was my krautrock jam… but [we] made it a bit lighter and electronic….

I could go down the list and tell you [all the musical influences]—the most obvious ones [are] Madonna, Janet Jackson, Kylie Minogue, Robyn, Kraftwerk, [and] some lesser-known obscure ’80s synth pop stuff: Cocteau Twins, Kate Bush. Then you pop in some reggae, some Ace of Base—it’s all pretty varied to me…. I was very classically a West Coast kid in the ’80s. In kindergarten, my favorite song was the “Loco-Motion” cover by Kylie Minogue. I started taking dance lessons in kindergarten, and I was obsessed with the more dance-based pop stars like Paula Abdul and Janet Jackson. And Madonna was the world to me because I was raised really Catholic. I remember the first time I saw the video for “Like A Virgin,” it just, like, blew my mind because I was like, “Ah, this is me!” That became the high-bar for what a pop record’s effect could have on a person.