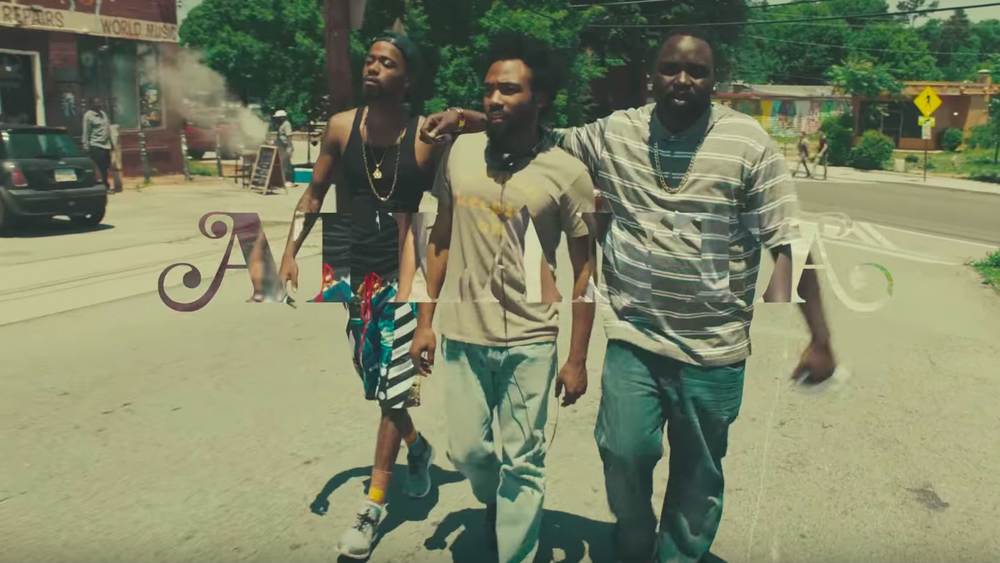 Donald Glover’s “Atlanta,” a new T.V. show premiering on FX, is a comedy-drama chronicle of a couple of Atlanta natives’ struggles to break into the music industry. Rich in subtle humor and effective characterization, the show nonetheless falters, as the often tired premise sometimes fails to showcase the talents of the actors and writers.

In the opening scene of the pilot, Earnest “Earn” Marks (played by Donald Glover) and his cousin Paper Boi (played by Brian Tyree Henry) smoke weed and discuss their musical future when an altercation ensues. A gun goes off, and the scene cuts to black. After the opening credits, the scene shifts to Earn in bed with his semi-estranged ex-girlfriend. The raw brutality of the first scene and the subtle emotional interplay of the second reveal two poles of Earn’s life, asking the question that doggedly follows him throughout “Atlanta”: How did I get here?

While “Atlanta” deals with heavy themes, Glover never loses sight of the fact that it is, at its core, a show about a young man adrift. Instead of painting endless scenes of maudlin sorrow and dead-ends, Glover creates a believable—and relatable—portrait of someone who just can’t seem to get it right. When Earn laments, “Is that the way that it works? Are some people just supposed to lose?” his expressionless face and mumbled words give the line meaning without making it melodramatic.

Underneath Earn’s character is a quiet anxiety which fuels his quest to escape underemployment. His predicament is not quite desperate but not quite comfortable either; he himself is not quite deserving of pity but not quite deserving of help. Earn’s attire reflects his awkward footing; at work, he wears a blue suit, an outfit that hides his financial struggles, but otherwise, Earn wears a child-like ensemble of sneakers, backpack and too-small shirt. No longer a child and not yet an adult, Earn is looking to create his own rite of passage. When Earn offers to be his cousin Paper Boi’s manager, saying “let’s get rich,” the grand image he paints is belied by the bleak setting of an abandoned couch in the park. Glover’s use of static shots and immobile cameras creates a claustrophobic mood—one which intensifies Earn’s mission to “make it out.”

Racial themes of opportunity and privilege are teased out through awkward interactions with Earn’s white high school friend, now working a lucrative job in a radio station. These conversations are subtle and well-drawn, lacking the sensationalism that often follows the exploration of such themes. As in “Straight Outta Compton,” the studio is represented as an artistic and racial battleground for these interactions, where black artists compete with predominantly white gatekeepers for control over the raw material of their music. When Earn finally gains entry into this sphere, he does so not with the help of his white high school friend, but rather through the black janitor who works at the studio, an act which highlights the racial barriers to success. Earn’s unorthodox entrance also serves as the physical manifestation of his ingenuity, as well as his desperation. With this characterization, Glover cements Earn’s likability and unpredictability, the twin engines that drive “Atlanta.”

However, no matter how high-octane Earn’s character is, “Atlanta” is hamstrung by its tired premise. While current audiences demand complex black characters, a black twenty-something trying to make it big, especially in the age of “Scandal,” is hardly novel. The characters of “Atlanta,” although interesting and well-drawn, still fall into the archetypal characters of the black musical Odyssey-hustle: the concerned parents who wish their son would grow up, the ex-girlfriend that wants Earn to be a better father to their daughter, and Earn himself, a desperate artist who uses his rent money to bribe a radio station to play his song. Although Donald Glover peppers “Atlanta” with subtle jabs and well-turned phrases, the end result is somewhat bland, a sort of easy-listening drama that fails to deliver either deep commentary or richly portrayed characters. “Atlanta” is ultimately a new-and-improved version of other dramas; its well-polished nonchalance is not so much a revolution as a veneer for the reincarnation of an overdone premise.