In the Face of Sanctions, Fly Retains Legal Counsel 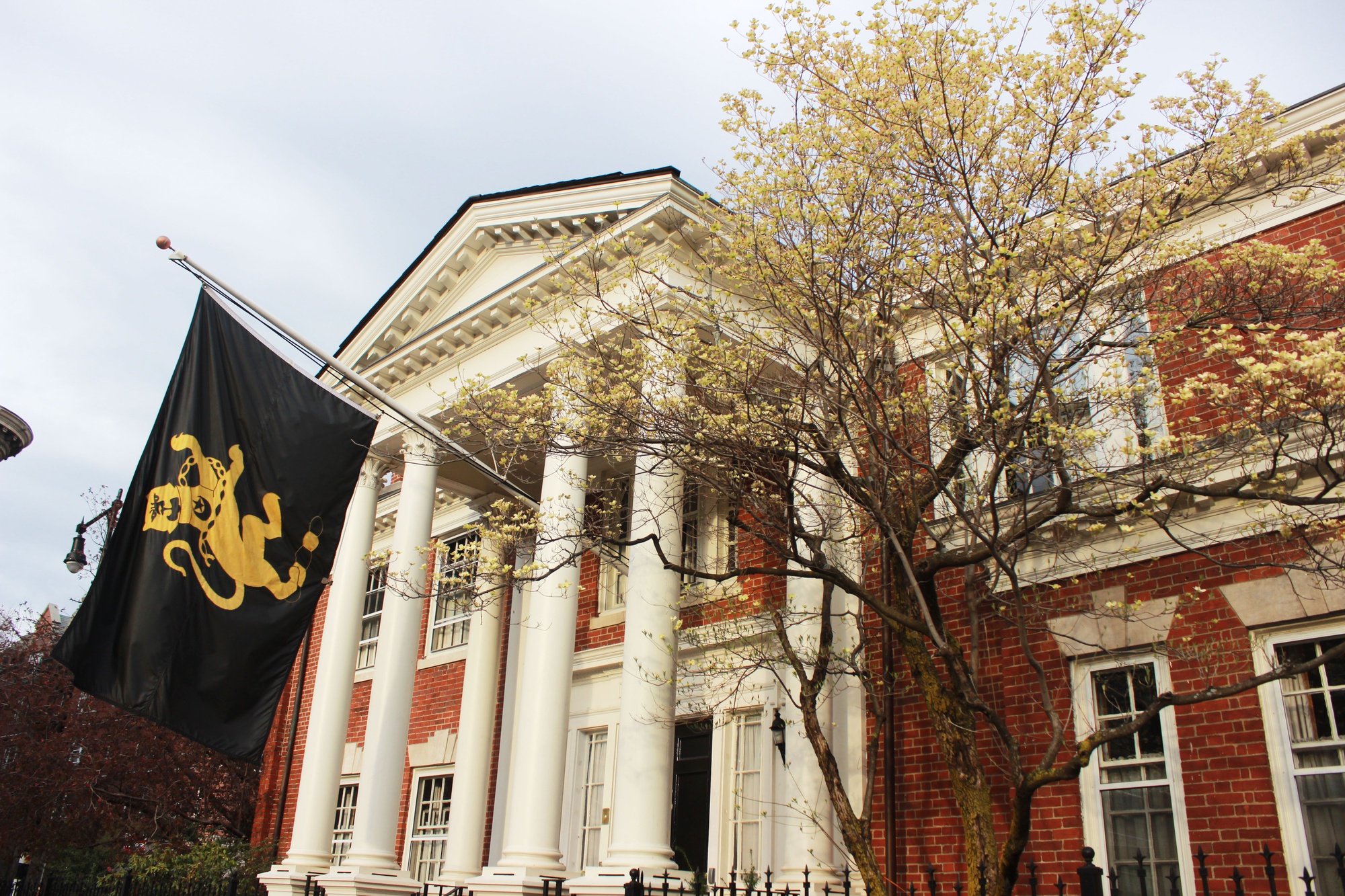 The all-male Fly Club has hired a group of lawyers in an effort to explore its options in defying Harvard sanctions that are set to penalize unrecognized single-gender social groups. The legal team, with Cambridge attorney Harvey A. Silverglate the most prominent among them, has a long history of advising Harvard undergraduates who face disciplinary action from the College.

The club hired both Silverglate, a civil rights attorney, and Zalkind Duncan & Bernstein LLP, a Boston law firm with deep ties to Silverglate, according to an emailed statement from Fly graduate president Richard T. Porteus Jr. ’78.

The Fly Club, pictured above, has hired a group of lawyers to explore its options in defying Harvard sanctions that are set to penalize unrecognized single-gender social groups. By Savannah I. Whaley

In a brief phone interview Monday, Silverglate said that as of yet he had “no idea” whether the Fly would file suit against the University.

Since Harvard’s spring announcement of historic sanctions, which will bar student members of unrecognized single-gender social organizations from campus leadership positions and endorsement for top fellowships starting with the Class of 2021, clubs have busily weighed their responses, though few have been public about their deliberations. The Fly’s announcement marks the first public signal that the University’s policy could face a court challenge, though legal experts are split on the viability of a potential suit. Any lawsuit, according to the experts, would likely rest on Massachusetts’s unique state laws. Though Harvard’s status as a private institution gives it some leeway in placing certain limitations on student behavior, Massachusetts law, in turn, places certain limits on what a private institution can require of its members.

“Under the Massachusetts constitution... there is a minimal level of fair dealing that a private association owes to its members,” Silverglate said in a May interview. “That doctrine has been held to apply to the obligations of private universities to its students.”

In May, before he had been retained by the Fly, Silverglate said a potential suit would have “a slightly better than 50-50 chance of winning.”

Even if the Fly ultimately chooses to sue, they could wait until the upcoming Faculty meeting, where it is likely professors will discuss and vote on a faculty motion drafted against the sanctions. Professors Harry R. Lewis ’68 and Richard F. Thomas, two of 12 motion signatories, believe that, if passed, the motion would overturn the sanctions, though the FAS secretary was hesitant to make any definitive forecasts on the motion’s potential power.

While Silverglate declined to speculate on how the vote could affect the Fly’s legal strategy, he said he will follow the faculty proceedings with “a lot of interest.”

Silverglate, a Harvard Law graduate who said he has worked on “students’ rights” cases since 1971, has been a vocal and unrelenting critic of the Harvard administration in his decades practicing law in Cambridge.

In the spring, before the announcement of the final policy, Silverglate co-wrote an op-ed criticizing the efficacy of University efforts to curtail sexual assault. Previously, he blasted Harvard’s Administrative Board, the College’s disciplinary body, for what he perceives as its nebulous rules and culture of secrecy. In a phone interview, Silverglate described the College’s sanctions as “bad judgment, bad policy, and unlawful.”

Though the sanctions have drawn their share of criticism, with former high-level administrators and hundreds of College women expressing their disapproval, they do have their supporters. Three varsity coaches and a Fellow of the Harvard Corporation, the University’s highest governing body, have publicly praised the policy.

The Fly’s other source of legal counsel, Zalkind Duncan & Bernstein LLP, was founded by Norman Zalkind, who was a legal partner of Silverglate’s from 1969 to 1973. Zalkind and Silverglate have since remained close, and Silverglate says he often works at the firm in a “counsel capacity.”

College spokesperson Rachael Dane declined to comment for this story.