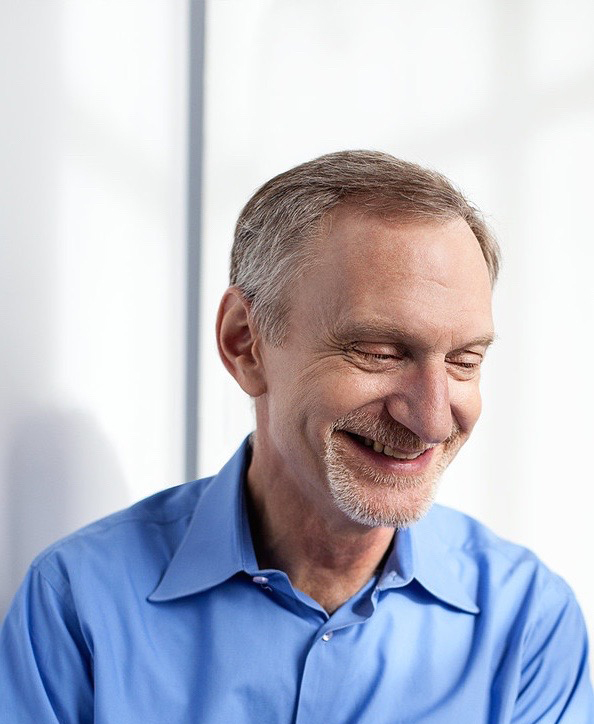 ​From the looks of his humble, unadorned office at Mass General Hospital, you might never guess what Professor Robert J. Waldinger is up to: searching for the secrets to living a long and healthy life.
By Molly E. Wharton

From the looks of his humble, unadorned office at Mass General Hospital, you might never guess what Professor Robert J. Waldinger is up to: searching for the secrets to living a long and healthy life.

A psychiatry professor at the Harvard Medical School, Waldinger is serving as current director of the Harvard Study of Adult Development, a longitudinal investigation into what makes us happy and healthy. The study is older than Waldinger himself.

In 1938, two studies, independent of one another, took form: one examining a group of 268 male Harvard undergraduates, the other analyzing 456 inner-city adolescents. In the ’70s, the two were merged, and the two cohorts juxtaposed for comparison. Today, Waldinger studies the more than 2,000 children of the original participants to consider the effect of childhood experience on mid-life health and well-being.

Keeping a study like this going for as long as it has is no easy feat, Waldinger explains. There’s the constant struggle of securing funding and willing researchers, and the need to retain participant involvement. Most longitudinal studies, Waldinger explains, have to be ended before the 10-year mark because too many participants drop out. The maximum acceptable dropout rate is around 40 percent, while in this study, only five percent of the Harvard men and 22 percent of the inner-city men have dropped out.

This isn’t just a product of good luck—the researchers work to maintain relationships with the participants by sending thank you notes, holiday cards, and birthday cards, as well as reminding them of the importance of the research. “What we try to do is give people a sense of how rare this is and the gift that they’re giving to the world to do this,” Waldinger says.

Though the fundamental questions have remain unaltered throughout the study’s long history, scientific breakthroughs have changed the measures and methods drastically. In the ’30s, the shape of the skull was thought to determine personality and intelligence, so researchers collected elaborate skull measurements. Today, researchers instead focus on other categories, from DNA to the physical effects of loneliness.

So, what has the study found (so far) to be the keys to happiness? As you might guess, it’s not fame or money. It is close relationships, and the kind of “emotional security” that comes from feeling like you have someone you can count on. This doesn’t have to be a spouse, Waldinger clarifies; it could be your friend, sibling, or as you get older, your child.

Waldinger is quick to acknowledge the limitations of the study—specifically, the fact that it has only looked at white males. “We think of ourselves as studying mechanisms... how this works for a certain group of white guys at a certain historical moment, knowing full well that we can’t claim that it works that way for other people or other historical periods.” What’s needed is to test out these findings in other groups and see where it applies and where it doesn’t, he explains. “You have to start somewhere, it’s just a matter of being really humble and circumspect.”

Going forward, Waldinger hopes to get more people excited about this work by publicizing it beyond academic journals. He recently gave a TED Talk on the study, which, much to his surprise, received more than 10 million views. “The fact that it’s gone viral means that people want to know this stuff even though it’s been there for people to find,” he says. “We’ve just been putting it in places where no one would look.”

When he’s not investigating the secret to the good life or practicing psychiatry, you can find Waldinger practicing zen meditation. He goes on four silent retreats a year; this past year, he went on his longest yet: three weeks of absolute silence. Most of the time, we are all very much in our thoughts, Waldinger tells me, and so zen meditation “involves letting thoughts be but expanding your awareness to everything nonverbal and experiential.” His day-to-day life of psychiatry and research involves thinking all day long, and so the practice allows him to “pay more attention to moment to moment experience and not just be lost in my head.”