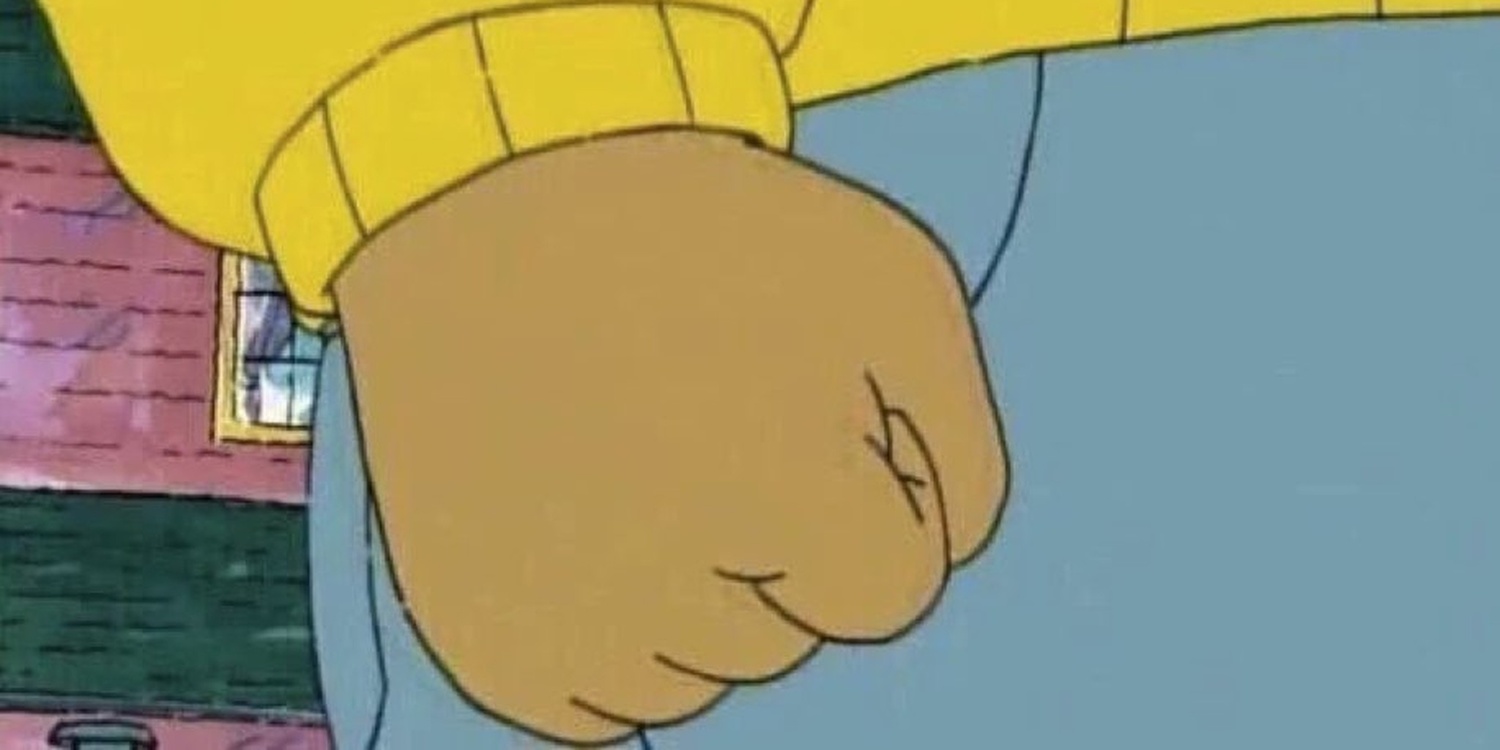 Over the course of the year, many Facebook users have found their newsfeeds transformed from colorful ecosystems of photo albums, news articles, and videos into what resembles iceberg-ridden seascapes of white-framed memes.

A meme is, according to Oxford Dictionaries, an “image, video, piece of text, etc., typically humorous in nature, that is copied and spread rapidly by Internet users, often with slight variations.” The memes on Facebook run the gamut. There are plain, black sans serif sentences on white backgrounds: “Always remember you’re someone’s reason to smile. Because you’re a joke”; “At this point my blood is probably 55% pasta sauce.” There are text-photo combinations—sometimes captioned photos, such as the notorious Arthur memes, and sometimes text spastically laid over the picture in the style of the “Doge” meme. There are video variations: “When reality hits you out from out of nowhere,” its point brought home by a video of a missile-like soccer ball striking a toddler to the ground. Some prompt the user to tag their friends in the comments, either seriously or as a snarky meta reference to meme culture itself: “Tag your favorite redhead”; “Tag someone so they have to open their phone and look at this pickle.” They are all processable in several seconds and typically encompass trite, “first world” issues.

Judging from their metastasis on many individuals’ newsfeeds, these “trashy” memes actually seem to be providing content users are at least amused—or even actively glad—to see. It has become standard for people to tag friends who remind them of memes’ (usually unflattering) scenarios, habits, or character traits. Facebook’s algorithm then shows the post in other friends’ newsfeeds, further spreading the plague.

The rise of the meme may be symptomatic of Facebook’s ongoing transformation—or perhaps its decline, despite what the company insists. Though still actively used by 1.6 billion people, the platform must contend with Snapchat and Instagram as a venue for personal sharing, and it also seems to be vacillating about its niche as it continues to roll out new features like Live Stream and Payments. Facebook has experienced a 21 percent decrease in personal sharing overall since its peak, with a 5.5 percent drop from mid-2014 to mid-2015 alone. In the vacuum, perhaps, we will accept even these mildly amusing, mind-numbing memes.

Memes as a whole could simply reflect the vapidity and shallowness of our Internet-driven society. We overwhelmingly process information in bits and bytes rather than chapters and volumes; this shift in media, as Nicholas Carr noted in “The Shallows,” may be catalyzing a corresponding shift in our brains. In an endless feedback loop of form and content, we use more ephemeral and spastic media than our predecessors, think less deeply as a consequence, then use even more ephemeral and spastic media to match our thoughts, etc. Unlike a long article or book, the meme instantly releases us to the next point of interest, and we never reflect deeply enough to amend the mocked behaviors. “Oh, binge drinking is so messed up,” we chortle, tagging a friend in a drinking-related meme before going out for a long night of shots. Instant gratification arrives in the form of likes and comments. Rinse and repeat.

There may, however, be a more charitable way to interpret memes. An irreverent irony underlies their inconsequentiality: When we find a meme amusing, we are laughing both at the pithiness with which a relatable situation has been captured and at the absurdity of relating to that situation at all. Memes also obliquely confront young adulthood, in which everything feels hostile and hilarious and obscene and unreal. The flippant formatting and phrasing provides a low-stakes public forum for topics like alcohol culture; the bizarreness of dating in the age of overwhelming communication; the bizarreness of relationships in general; the absurdity of coming of age; and all of our repressed, flawed, and human tendencies. The Facebook comments section in particular, in which one can see thousands of other users interacting with the post, grants a sense of camaraderie.

So maybe memes don’t signify a general collapse of the intellect. Perhaps they are simply the forum through which we, the generation living the most public lives in human history, in one of the most fast-paced and mind-boggling eras in human history, can quickly and self-deprecatingly air our dirty laundry together. We laugh at our dysfunctions and their stupidity; laugh at how many other people are just as dumb and messed up as we are. And then, amused and soothed, we move on with our lives.