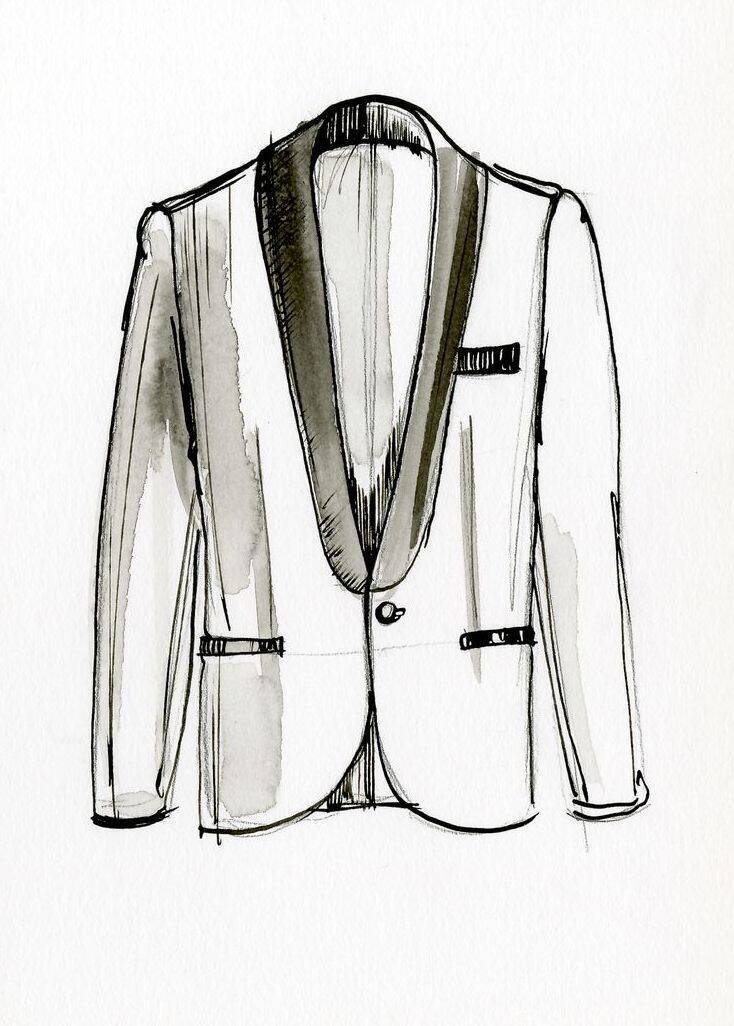 One Hundred Years of Suits

Keezer's Classic Clothing has been outfitting Harvard men in affordable suits and tuxes for over a century.
By Pascale de Sa e Silva

The stream of college-age guys clutching suit-shaped bags labeled “Keezer’s” indicates I have arrived. Keezer’s Classic Clothing, located between Central Square and the River St. Bridge, has been outfitting Harvard men in affordable suits and tuxes for over a century.

When I get into the boxy one-story shop, I am a little surprised to see the interiors is more 1990s than 1890s. I ask a man who works there if there is anyone who can tell me about the shop’s history. “You want to talk to that guy,” he says, pointing to a man taking a call.

The man on the phone is Len Goldstein, the owner of Keezer’s Classic Clothing. He is not a descendant of founder Max Keezer, but he has been working here for almost 39 years. I also learn, though not until the end of our conversation, that today is his birthday.

Max Keezer started the business with the aim of selling the expensive, hand-made clothing of wealthy Harvard students second-hand to people looking for bargains. “A lot of the Harvard students grew up in the mining camps out west or the railroads, and the fathers wanted to send them east for a gentleman’s education, but they wouldn’t give them a lot of money to spend on drinking,” Goldstein says.

Goldstein explains that the families of these students wanted their sons to look like real gentlemen, so they’d receive clothing allowances large enough to secure high-quality suits. When desperate for booze or date money, they’d sell their expensive suits to Keezer.

This tradition continues, though in a different location. Keezer’s has been in its current building on River St. for almost 31 years, but its been in several locations since their founding, including the space currently occupied by the Harvard Bookstore. “In the old days, way back, we were right in Harvard Square on Mass Ave.,” says Goldstein. “But we stopped being able to afford that rent many, many, many years ago. Probably close to 50 years ago.”

More recently, Keezer’s has been seeing a large wave of business because of a certain Harvard tradition that takes place in early fall. “Every late September, early October, the club guys all start coming in because they have their fall punching, they punch for the clubs, so they all start coming in, buying tuxedos,” Goldstein explains.

“A lot of these guys are football players, basketball players, rugby players, tennis players, and have big muscles,” he says. “So we’ll ask them ‘do you build thighs?’ and they’ll look at us funny. ‘Well, we need to know that to know what type of pants to give you.’”

Len tells me that as a kid, he was told that his generation was going to be the biggest generation, in terms of physique. “But now these kids now—it’s unreal… Some of these guys have huge shoulders, no waist, and they’ve got thighs, so it doesn’t sound like you can fit these people, but we figure out a way to do it.”

I ask if the shop has had any celebrity clients, and he mentions John F. Kennedy ’40, a former Crimson business manager.

“He used to tool around Harvard Square in his convertible, but his father never gave him money and every spring he’d send his valet in to sell his cast-off clothing,” Goldstein says. “He was one of the last people at Harvard to have a valet. So his father gave him a valet but not spending money. But a lot of people did that in those days, they didn’t want their children to go to ruin.”

Kennedy was not the end of Keezer’s celebrity fair. “Every couple of years we get people who’ll come in and they’ll buy or rent white ties and tails because they’re invited to one of the Nobel Prize parties,” Goldstein says. Three or four years ago, Goldstein helped economist Peter Diamond—then a professor at MIT—find the right outfit for his Nobel Prize acceptance.

“And it sounds kind of every day here, but around the world, it’s not everyday,” Goldstein explains. “But Cambridge is a different kind of place, in case you hadn’t noticed.”