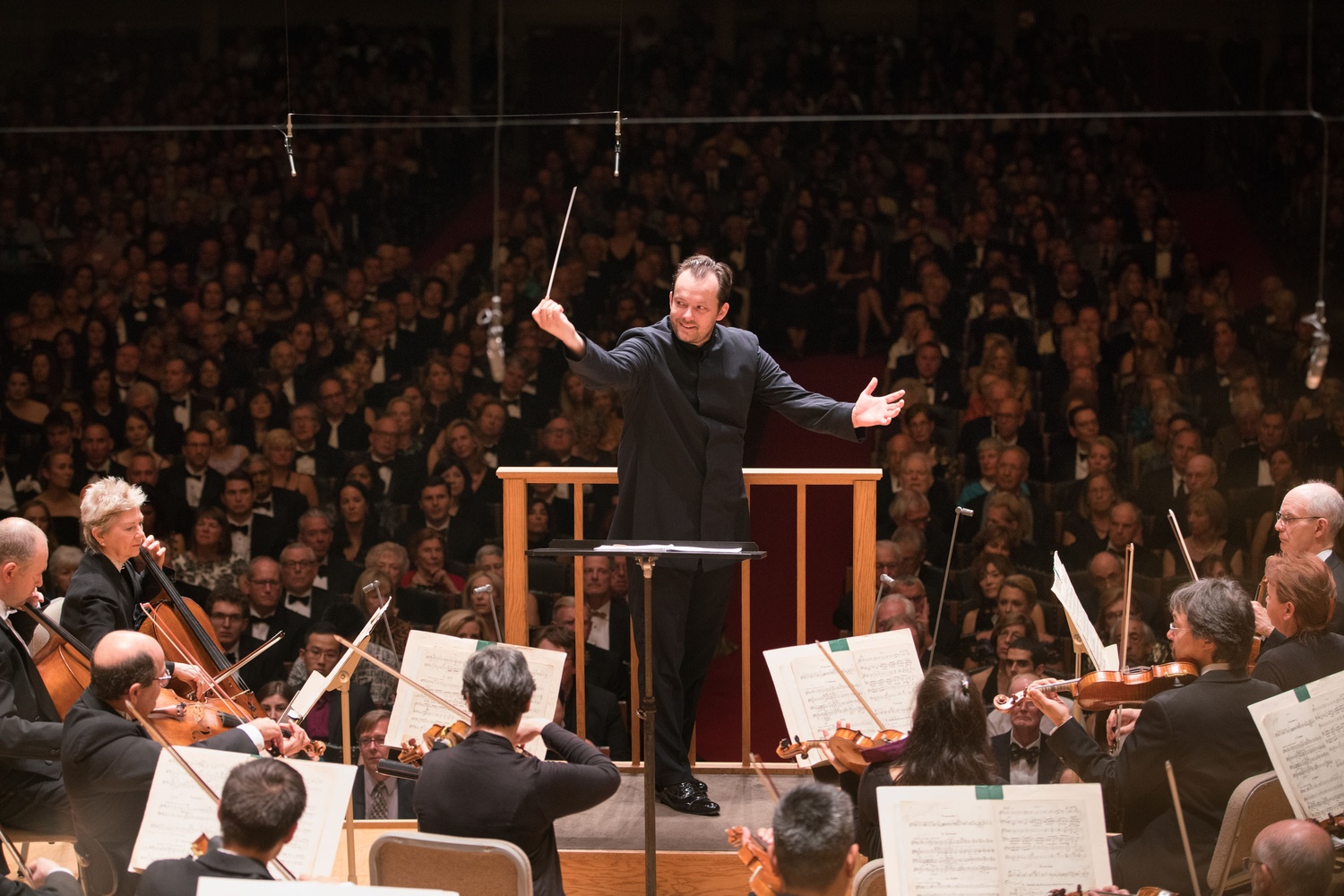 Andris Nelsons leads the BSO on the Opening Night of the 2016-17 Season. By Courtesy of Michael Blanchard
By Elizabeth C. Keto, Crimson Staff Writer

On Saturday, the Boston Symphony Orchestra opened their 136th season with a brilliant program of Russian pieces and a performance by Lang Lang, one of the world’s most famous pianists. Both Lang and the orchestra, conducted by BSO music director Andris Nelsons, received multiple standing ovations from the full concert hall, this weekend unusually festive with patrons in black tie and evening dress.

At first, Lang’s piece, Sergei Prokofiev’s Piano Concerto No. 3, seemed an odd choice for a pianist known for his expressive, even excessively performative, playing style. By turns lyrical and playful, the 1921 piece demands a certain crispness and exactitude from the pianist. Prokofiev leaves no room for grandstanding, and though technically demanding, the piece lacks the kind of drama that Lang Lang often brings to his playing. Throughout the first movement, Lang Lang’s gestural playing seemed slightly out of step with the tone of the piece, but by the beginning of the gorgeous second movement with its twisting variations, he had settled into the piece perfectly. From the haunting first notes on the clarinet, the orchestra performed brilliantly: At times, their playing was so effortless that the music itself seemed to carry the musicians along, rushing them headlong through the whirling figures. Lang Lang received several calls back to the stage and performed as an encore Mexican composer Manuel Ponce’s Intermezzo No. 1, a meditative piece that revealed a more emotional and impressionistic side of his playing.

The BSO began the night with Dmitri Shostakovich’s Festive Overture, a short but rousing work that displays the optimistic side of a composer known for his more somber music. The piece was finished in 1954, when the composer’s life had improved dramatically with the death of Stalin and the lessening of the threat of persecution that had hung over many Soviet artists and writers for decades. Quick-paced and exuberant, the piece deploys a double brass ensemble—six trumpets, six trombones, and eight horns, some of which were placed directly behind the audience in the second balcony—to deliver a heroic climax, which the BSO rendered in all its slightly overblown yet still lovable glory.