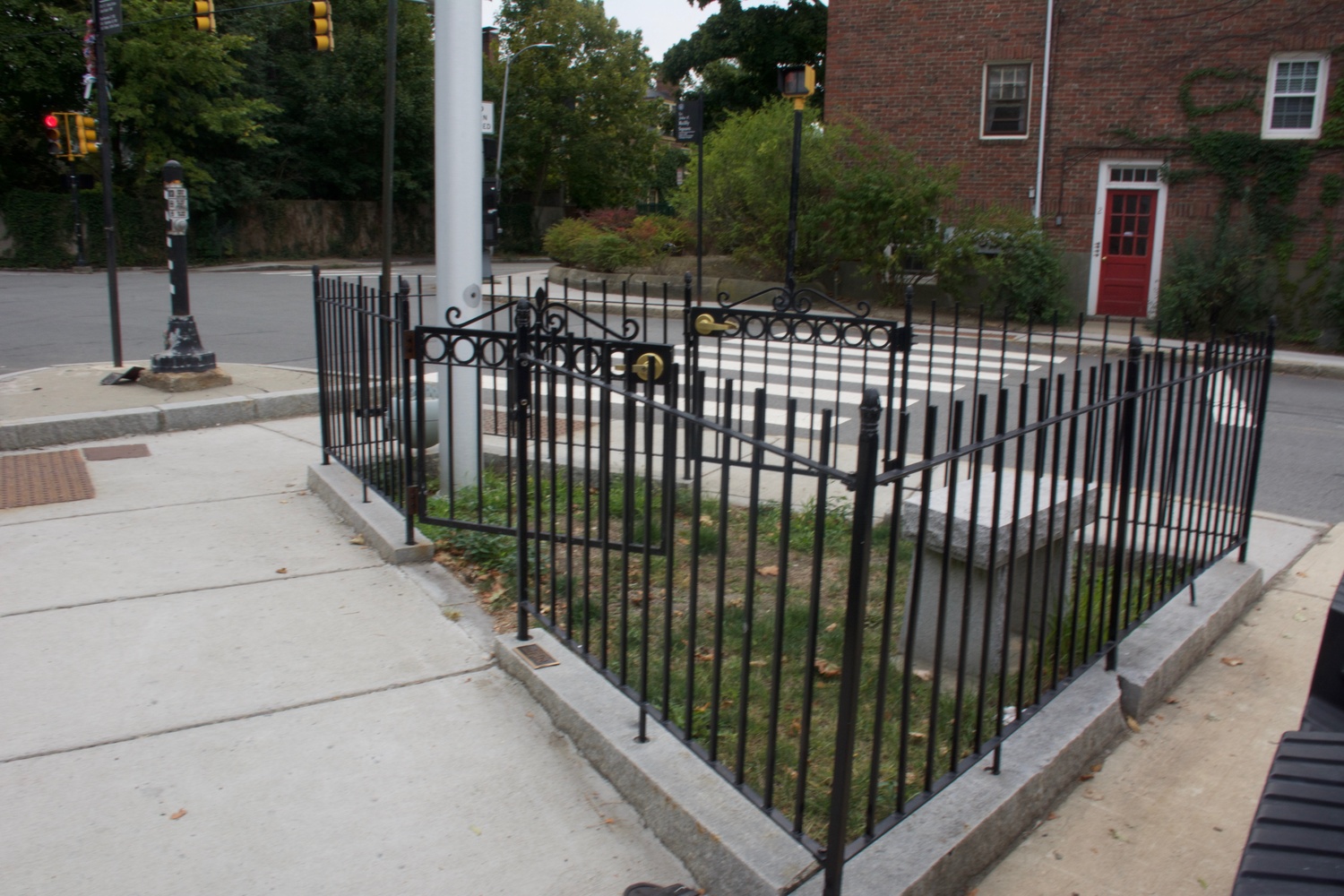 The envelope's only contents were a small golden key inscribed “Copy Me” and a notice: The city of Cambridge had built a new park, right in front of her house.
By Tarpley Hitt

In the spring of 2005, Cambridge videographer Billie Jo Joy woke up to find an unmarked envelope slipped under her door. The envelope was oversized and eggshell-colored, the kind that usually comes with a “You’ve been served.” But the delivery wasn’t a summons, as far as Joy could tell. The envelope offered little in the way of information. Its only contents were a small golden key inscribed “Copy Me” and a notice: The city of Cambridge had built a new park, right in front of her house.

At the time, Joy says she didn’t find the key as curious as the announcement.

Joy, who has blunt bangs and an uncertain smile, lives at a five-way intersection. The doors of her multiplex open onto Huron Ave., Sherman St. and Garden St. We’re chatting on her porch—the closest the house comes to woodland is the potted plant on the steps.

Joy takes the lay of the land. To the right, there’s an old fire station. On the left sit clusters of ivy-covered houses. Dead center, in the middle of the traffic roundabout, stands a flagpole enclosed by a skinny trapezoid of iron fence. Tucked across from the flagpole, there is a tiny stone bench. The fence and the bench are new additions—spring at the intersection had come with construction crews. Joy says she saw them working for weeks, longer than you’d expect for a flagpole.

It took her days to connect the dots: The park in question was this pole. And the fence, and the bench, and the grass in between. At 57 square feet, this patch, formally known as Frank J. Taylor Square, is Cambridge’s smallest public park.

Taylor Square came about through a partnership between the city of Cambridge and the contemporary artist Paul Ramirez Jonas. Ramirez Jonas, whose work often engages the intersections of public and private, envisioned a communal space designed to remind its visitors of their shared ownership. Though the park would belong to everyone, the two gates on each long side of the trapezoid would stay locked. Only a key like Joy’s could grant entrance.

Ramirez Jonas had 5,000 copies of the “Copy Me” key made and mailed to the residents of Cambridge. With their keys, Joy and her neighbors also received a short note with the artist’s directive.

“You now have a key to a space that has always been yours. Copy it and give it away to neighbors, friends, and visitors. Your sharing will keep the park truly open.”

In another part of the note, Ramirez Jonas asks the recipient to accept a key as “the park’s monument.” The key is ultimately unnecessary, though; anyone can lean over the fence and open the gate from the inside.

The park might officially belong to everyone, but it has a special rapport with the Taylor Square fire station. In 2004, the fire station underwent a full gutting—major renovations to the tune of $3.8 million. However, because of the station’s historical landmark status, the façade of the building could not be changed, leaving a surplus of the funds budgeted for “beautification.” According to the current firemen, the City of Cambridge decided to spend the extra on the park instead.

Appropriately, the firemen of Taylor Square share an affection for the little park. I meet most of them on a Thursday, when I accidentally crash the retirement party of fireman Tom Casey. Over chocolate cake and diet soda, an older fireman says, with thick Boston aah’s, that he used to take the weedwacker to the park.

“You know, just to keep the grass looking neat. I don’t think Parks and Rec gets out here much.”

For visitors who missed the initial delivery, the firemen are the keepers of the keys. They hold a fat stack of unmarked envelopes under the main desk, and hand them out to anyone who asks. As he hands me my own set of keys (“Take some for your friends!”), a younger fireman adds, “One time we gave this short little woman her key, and five minutes later, she’s back and getting shorter by the minute. She’s furious. She says, she can’t find the park. I’m like, ‘It’s right there, at the intersection!’ And she says, ‘That’s how you boys spent all that money?’”

As we’re talking, I feel a splash of water on my head. Tom Casey, the retiree, is playing with his goodbye present—a toy fire truck that shoots thin streams of water.

He slaps his buddy on the back and laughs, “That’s how we water the park!”