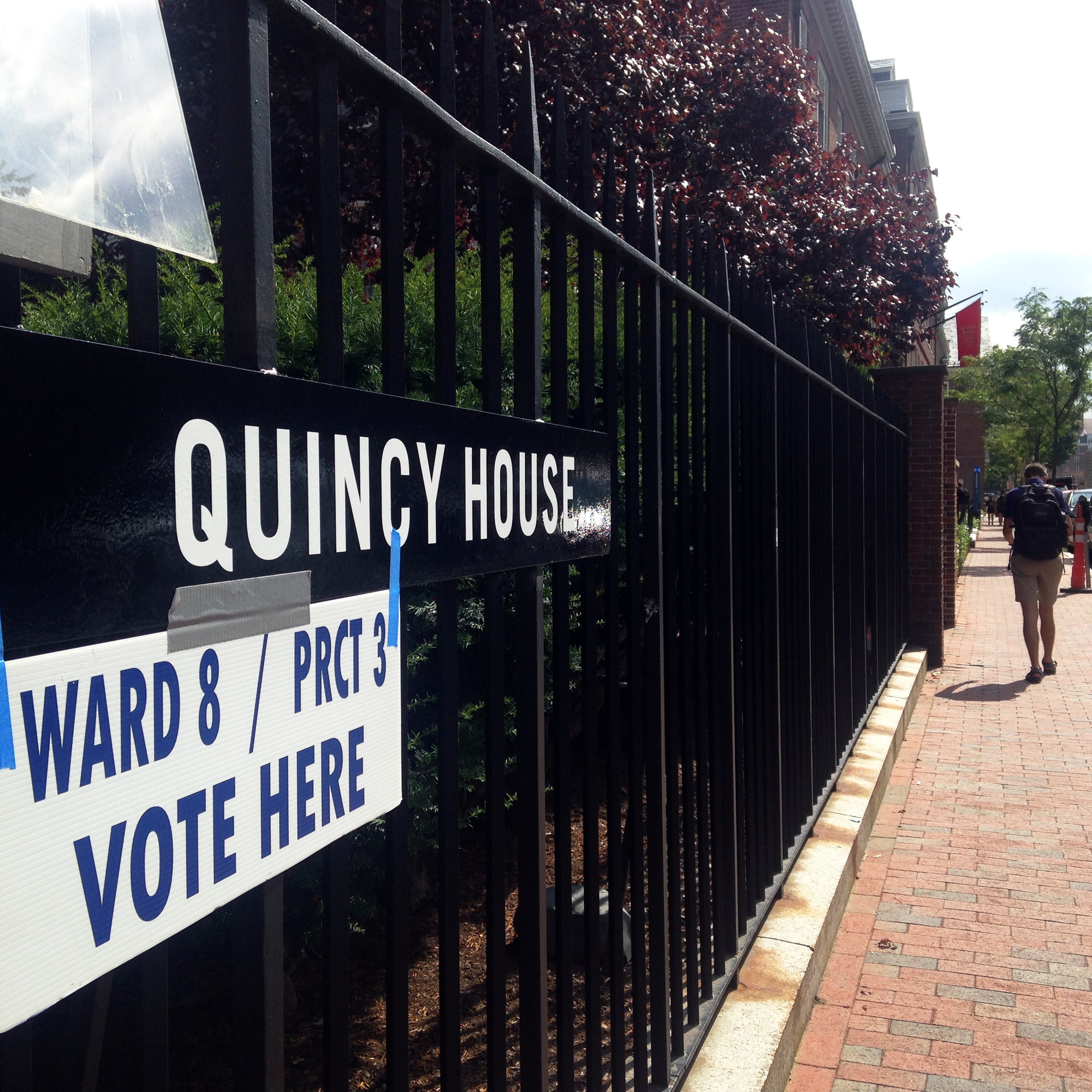 A student walks past the polling place set up in Quincy House for the Massachusetts Primary. By Savannah I. Whaley
By Joshua J. Florence, Crimson Staff Writer

The district, which covers parts of Cambridge, Somerville and other towns, featured one of the hardest fought races in the state, which often centered on debate regarding charter schools. Massachusetts Democrats remain split on November’s Question 2 ballot initiative, which would increase the cap on new charter schools to 12 a year, while Republicans including Massachusetts Governor Charlie Baker ’79 generally support the measure. 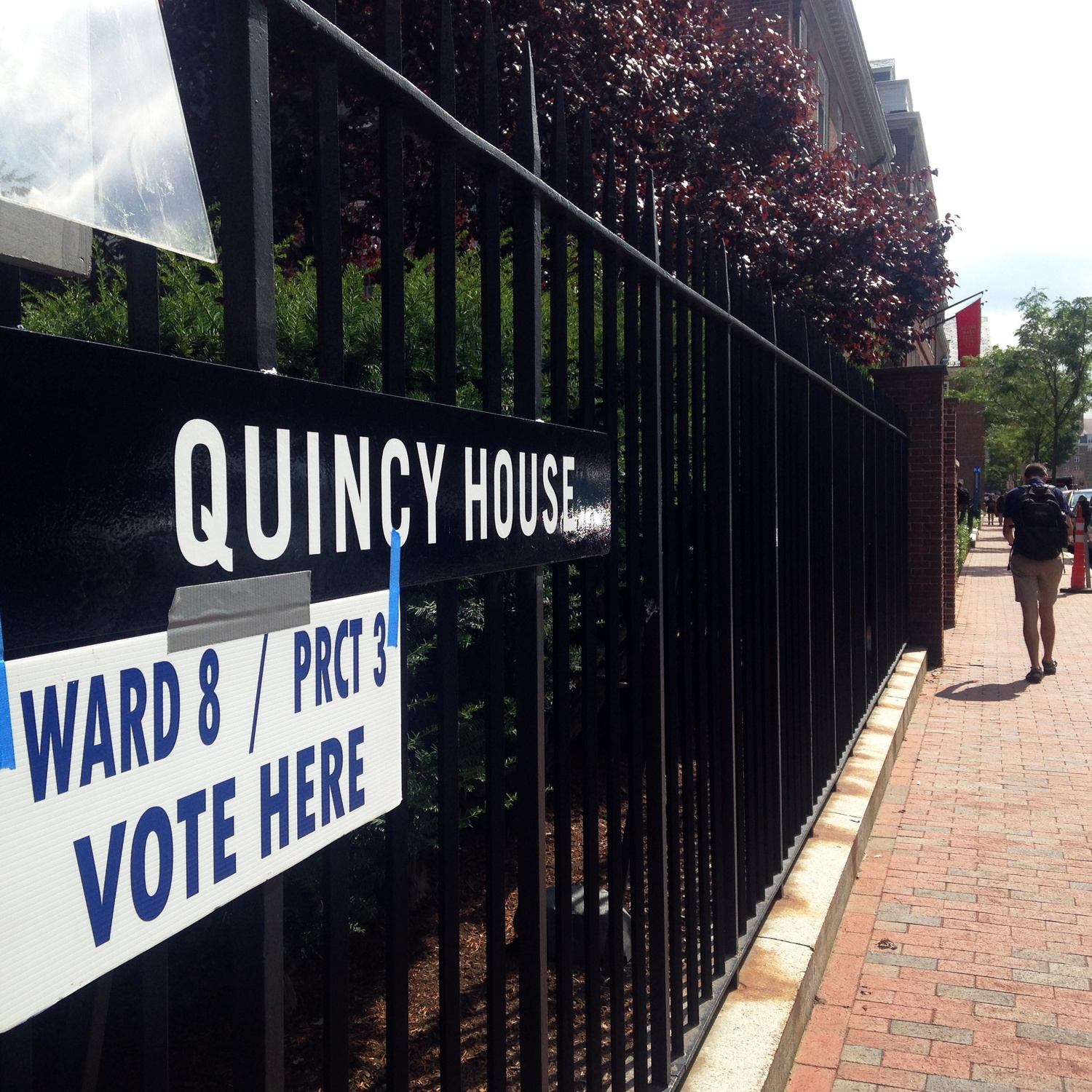 A student walks past the polling place set up in Quincy House for the Massachusetts Primary. By Savannah I. Whaley

Cheung, a supporter of Question 2, faced a barrage of attacks on social media from the Massachusetts Teachers Association, which is against charter schools because it believes the initiative would take money away from public school funding. Jehlen publicly opposes the ballot initiative, and debated pro-charter school state director of Democrats for Education Reform, Liam Kerr on WGBH Radio.

Jehlen said in the debate that Democrats for Education Reform had spent more than $100,000 in this election to support Cheung, making it one of the most expensive state senate elections this year.

But local incumbents did not have a clean sweep of their races. Cambridge City Councillor and Democratic State Representative Timothy J. Toomey Jr, who has held his seat in the state Capitol since 1993, was upset in his primary by his opponent Michael Connolly. Connolly—a former candidate for City Council—received the endorsement of a group formerly associated with the Bernie Sanders campaign. Connolly will now run unopposed in November.

Turnout was predicted to be low in Thursday’s primary election for a variety of reasons. There were few high profile races on the ballot, and no federal-level races. The Bay State’s United States Senators Elizabeth Warren and Edward Markey are not up for reelection this year. In addition, the nine United States Representatives from Massachusetts, all Democrats, faced no primary challengers. Only four of those Representatives are slated to have Republican challengers in November.

Like their national counterparts, state legislators faced little opposition. In fact, 88.8 percent of all incumbents did not have a challenger in this election. A 40-member body, the Massachusetts State Senate had only seven contested Democratic primaries and two contested Republican primaries on Thursday. Two of three state senators that represent Cambridge, Sal DiDomenico and Joseph Boncore, faced no opposition.