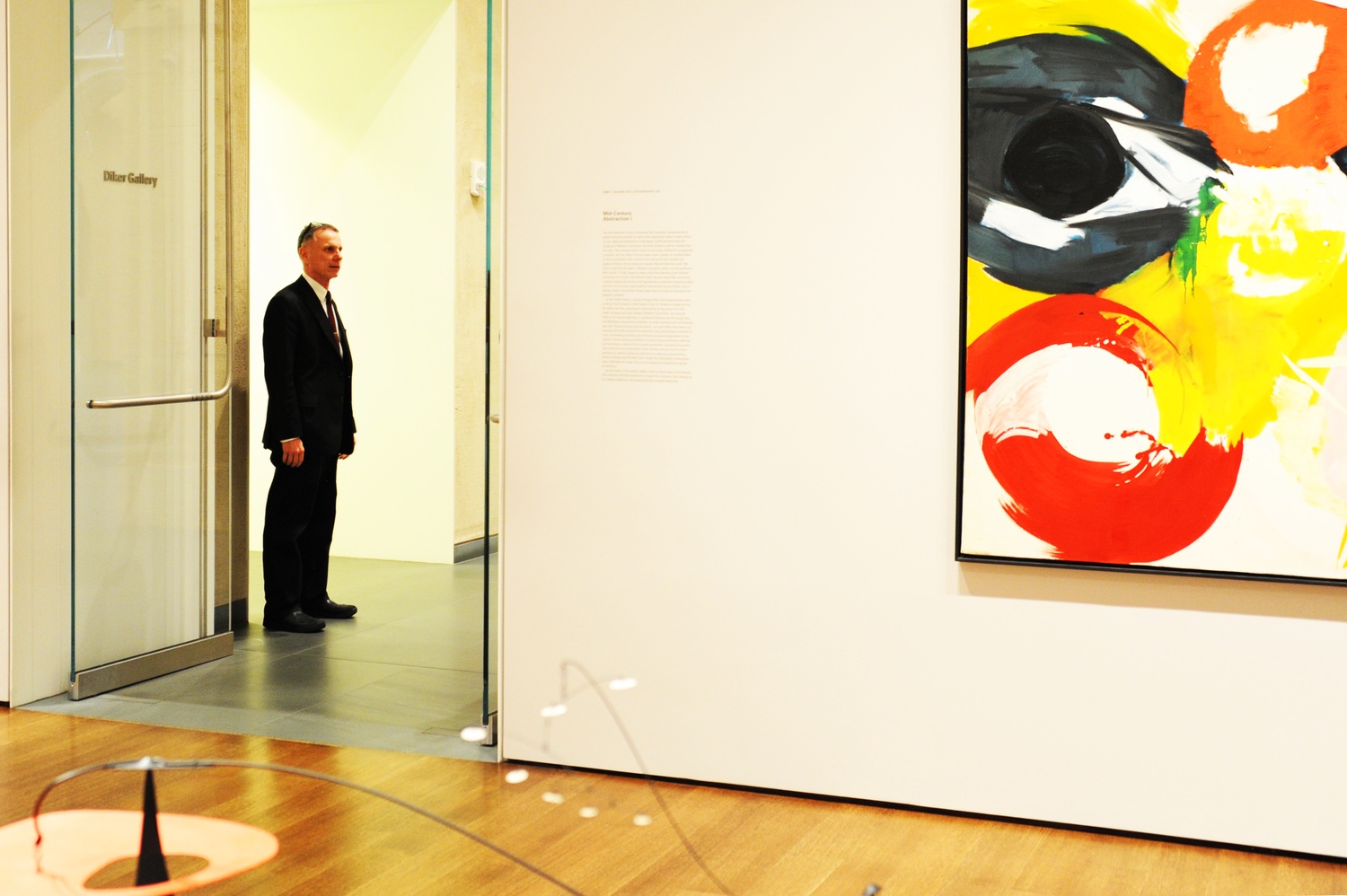 David A. Haviland, a unionized museum attendant at the Harvard Art Museums, stands outside the Diker Gallery on Tuesday afternoon. Harvard University Security and Museum Parking Guards Union, Harvard’s smallest union, has been in negotiations with the University for months. By Derek G. Xiao
By Caroline S. Engelmayer, Crimson Staff Writer

Harvard University Security, Parking and Museum Guards Union, Harvard’s smallest union, will begin federal mediation with the University on Jan. 30 and Feb. 2, marking the next step in contract negotiations that have lasted months.

The union and the University have been negotiating a new contract for the approximately 80-person union since June 30, when HUSPMGU’s contract expired. Union organizers say that the the two parties have yet to agree on compensation levels and benefits for the employees.

During federal mediation, a mediator will be present during bargaining sessions to help the two parties reach an agreement. According to Curt E. Rheault, an HUSPMGU organizer, members of the union are demanding higher wages in their new contract, as well as more personal days and vacation time.

“We've paid the price for being small and independent and Harvard's taken advantage of it,” said Sean F. McNally, a HUSPMGU organizer. “It's apparent in our wages and benefits.”

He also said that the University has not offered the security and museum parking workers the same wages and benefits granted to other union employees.

In an emailed statement, University spokesperson Tania deLuzuriaga wrote that the University compensates the security and museum parking employees competitively.

“The HUSPMGU agreement is consistent with other represented groups on campus and provides competitive wages and benefits to those in the respective industries—in this case, Parking and Museum Attendants,” she wrote.

HUSPMGU organizers also argue that the rising healthcare costs make it more difficult for its employees to pay for the University’s plan. In her statement, deLuzuriaga wrote that the University’s “modest changes to insurance offerings” are in line with rising healthcare costs across the country and create “tiered premiums and reimbursement programs to protect lower-wage workers.”

This development in HUSPMGU’s contract negotiations comes after the union attempted to merge with the Harvard Union of Clerical and Technical Workers, the largest union at the University that represents thousands of workers. After a majority of HUSPMGU members voted to merge with HUCTW last year, the University did not allow the two unions to combine, and the two unions did not bring their merger to the National Labor Relations Board.

HUCTW director Bill Jaeger said that he hopes HUSPMGU is able to successfully negotiate a new contract with the University even though the two unions did not merge.

Jaeger also said that HUCTW has supported HUSPMGU during the contract negotiations, helping the union with topics like Harvard’s health plan and the University’s finances.

But, unlike Harvard’s negotiations with the University’s dining workers, who went on strike for three weeks in the fall, the security and museum parking employees will stay on the job throughout negotiations. McNally said that under current labor law, the employees in the HUSPMGU cannot go on strike because of the legal categorization of the union’s contract.

“We’re hopeful that some sort of agreement will be reached, otherwise we’re going to be negotiating for a long time,” McNally said.