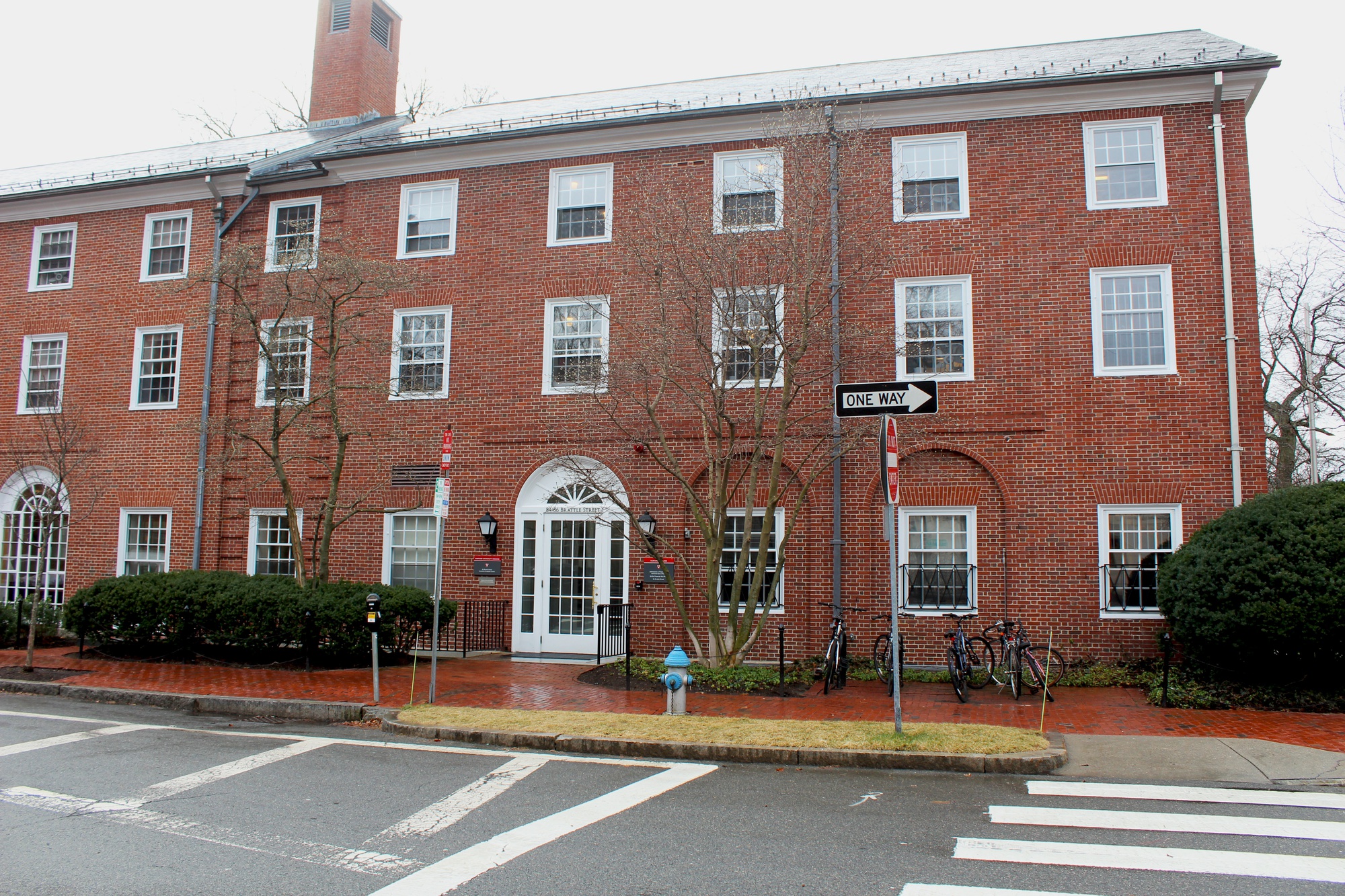 The median family income for Harvard undergraduates is $168,800—more than three times the national median, according to a recent study.

With an average student at the 79th income percentile, Harvard’s median family income was the third-lowest in the Ivy League: Brown, with a $204,200 median family income, ranked first. The national median household income in 2015 was $55,775, according to Census data.

The study also ranked Harvard first in the Ivy League, but below most other colleges, in its enrollment of undergraduates from low and moderate-income families.

The Harvard College Office of Admissions and Financial Aid is at 86 Brattle St. By Margaret F. Ross

Among the twelve “Ivy League and selected elite colleges”—which also include M.I.T., Stanford, Duke, and the University of Chicago in the study—Harvard had the eighth largest proportion of students from the top 1 percent, with 15.1 percent of its undergraduates coming from households making over $630,000 per year. Students from this socioeconomic bracket were most strongly represented at Dartmouth, filling over one-fifth of the student body.

“Broadly, we’re interested in an era where more and more people are concerned about the American Dream fading,” Chetty, a Stanford economics professor who previously taught at Harvard, said. “Lots of people are very frustrated that they can no longer get ahead or do better than their parents did, for example.”

Dean of Admissions and Financial Aid William R. Fitzsimmons ’67 credited Harvard’s recent financial aid initiatives for the University's relatively greater representation of low income students compared to the rest of the Ivy League. Fitzsimmons said that the launch of the Harvard Financial Aid Initiative and membership in the American Talent Initiative and Coalition for Access, Affordability, and Success has helped expand access to low- and moderate-income students.

Still, the study ranks Harvard among the worst colleges nationwide at enrolling lower-income students. With 4.5 percent of students from the bottom 20 percent of the income distribution, Harvard ranks 2011th out of the 2395 schools for its proportion of low-income students.

Fitzsimmons wrote that Harvard has “significantly expanded” financial aid and outreach programs, such as the Harvard First Generation Program, the Undergraduate Minority Recruitment Program, and the Harvard College Connection.

“We recognize, and are doing everything we can to address, the profound opportunity divide that exists in our country,” Fitzsimmons wrote.

“Among the low-income kids who get into Harvard, their outcomes look just as good as the kids from high-income families,” Chetty said. “That is an extremely important result because people have been worried for a long time that the low-income kids who get in might struggle at a place like Harvard because they haven’t had the same background, but the data show that that doesn’t really appear to be the case.”