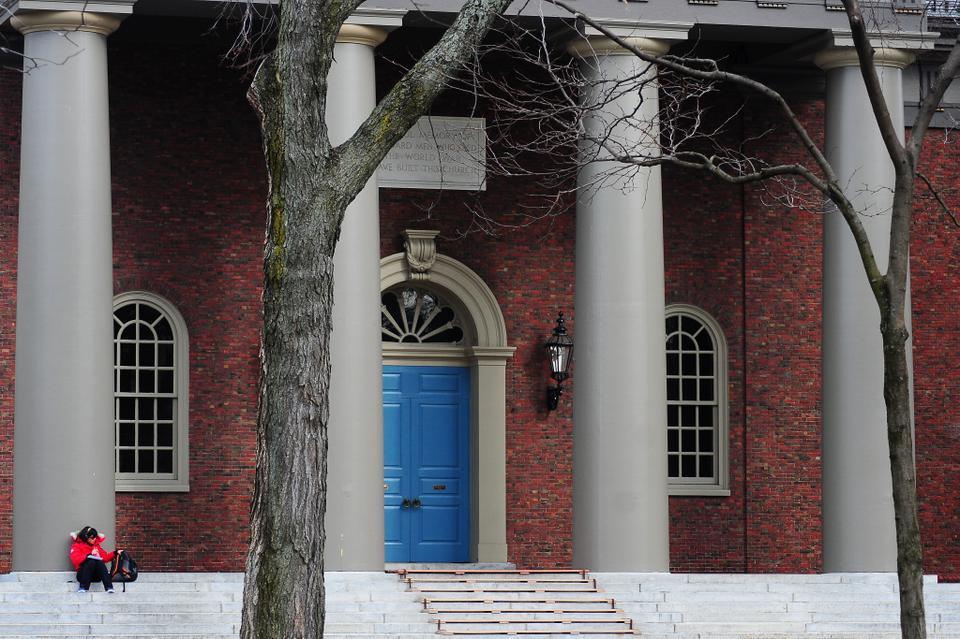 Memorial Hall had a big hole to fill after the death of Reverend Peter J. Gomes last February. Gomes passed away at the age of 68 after serving in Memorial Church for over 3 decades.
Advertisement
Advertisement

At the time, attendance at Harvard’s religious services was harshly enforced. Monitors sat in the back of the church, checking for absentees. According to the second chapter of the Laws of Harvard College, those who were late to Prayers were subjected to a “one Penny” fine and those who missed Prayers were fined “two Pence.”
By Matt B. Hoisch and Ellis J. Yeo

In 1866, a Harvard student took to the pages of “The Collegian,” a new biweekly student magazine, to lament a long-standing school tradition: compulsory church services.

“The regulation in question comes down from the old times,” he wrote. “Back when even the law of the state enforced regular attendance at church—when absence from a Sunday service was considered as sure a proof of ungodliness as dancing or card playing.”

At the time, attendance at Harvard’s religious services was harshly enforced. Monitors sat in the back of the church, checking for absentees. According to the second chapter of the Laws of Harvard College, those who were late to Prayers were subjected to a “one Penny” fine and those who missed Prayers were fined “two Pence.”

Among editors at “The Collegian,” at least, this mandate was highly unpopular: In one issue, another student complains that compulsory church “amounts to a mere mockery of real worship.”

A century prior, critics had dubbed the school “Godless Harvard”—a nickname coined by Cotton and Increase Mather, who disapproved of students’ lax morals—but on the question of services, Harvard was anything but godless. But the University was did not heed the students’ concerns. The regulations stayed. Church was mandatory. Soon after, in fact, The Collegian stopped printing at the request of school administrators, allegedly due to their attacks on church services. (The magazine later resumed under a new name—“The Harvard Advocate”).

Six years later, the tides shifted. In 1873, Appleton Chapel closed for repairs. As a result, morning services were cancelled for five months. Over this period, Eliot observed “no ill effects whatever on college order or discipline.” Cheered by this good sign, Eliot softened the University’s stance on the matter. He began by petitioning Harvard’s Board of Overseers to make services optional.

The motion did not pass, partly because of the objection of one board member: Ralph Waldo Emerson. “I cannot deprive the students of such a wonderful experience,” Emerson said.

In an effort to compromise, administrators made several small reforms. In 1881, they moved morning services from 7:45 a.m. to 8:45 a.m. and recruited priests of multiple denominations to conduct services. Eliot deemed these changes sufficient, calling the new services “impressive, edifying, and interesting.”

As a result, mandatory morning services continued—andsome students continued to object. In a petition to the Board of Overseers in February 1886, a literary and social organization called the O.K. Club criticized the prayers as “a mere roll-call, a practice kept up for fear of losing money.”

Finally, in June 1886, a decisive new voice ended the debate. Reverend Francis G. Peabody, the newly appointed professor in charge of morning prayers, implored that compulsory services be “stricken out.” According to Peabody, the atmosphere of the services reminded him of his time preaching in a Charlestown state prison.

With Peabody’s support, the Board of Overseers voted in 1886 to make services optional.

Not every student celebrated. On that day, some said, Harvard re-earned its old nickname. “Godless Harvard” had returned.