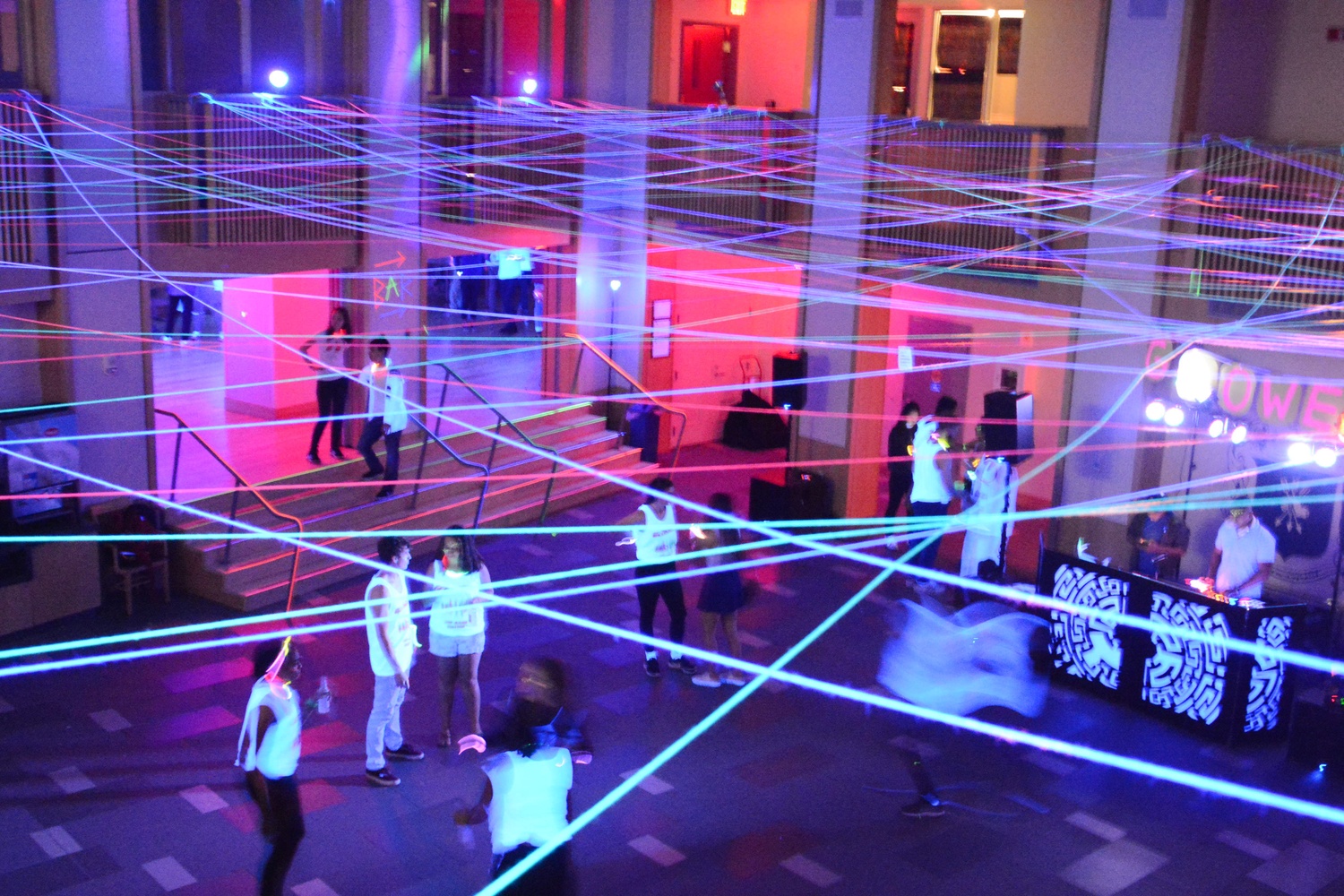 Lowell Ho-co organized a free party for undergraduates in their dining hall this weekend. Many HoCos have been hosting similar events this semester, which are open to all undergraduates and free of charge. By Ruiyi Li
By Emily H. Choi and Kenton K. Shimozaki, Crimson Staff Writers

Amid a College crackdown on off-campus social clubs, the Office of Student Life allocated $5,000—part of a larger sum given by University President Drew G. Faust to the OSL—to fund College-wide social events in the Houses.

The House Committees have used the new funding to create a grant system for parties open to all undergraduates. The House Committees will be allocated another $5,000 for the spring term, according to OSL Associate Dean of Student Engagement Alexander R. Miller.

“Most of the money President Faust has given us is going right back into the hands of students,” Miller said.

In recent weeks, Leverett, Lowell, and Pforzheimer Houses have each hosted their own parties, open to all undergraduates and free of charge.

Juliana Rodriguez ’19, a co-chair of Lowell’s House Committee, said that the HoCos play an important role in hosting social events that are open to all undergraduates at Harvard. Lowell held a neon rave-themed party—deemed "GLowell"—at its temporary home in the Inn Saturday.

“We play a really key role in re-centering student life in the Houses,” Rodriguez said. “We have the energy and the resources to be throwing big parties and so we just wanted to really push ourselves to be there for our peers.”

Pforzheimer HoCo hosted a “Decades Dance” on Saturday, which played music from the '80s, '90s, and 2000s and attracted roughly 200 people, according to Pforzheimer HoCo co-chair Mo Kim ’18.

Kim said parties organized by House Committees serve a demand for a specific kind of social interaction—one that is not offered by other organizations such as final clubs, Greek organizations, and student groups.

“Where I find myself with HoCo a lot of times is just kind of in the middle of many competing expectations, many ideas about what social life is and how to best serve...these competing needs,” Kim said.

The recent funding for student life from Faust comes after a similar allocation in 2015 for College-wide social events and amid broader discussions over campus social life. That sum funded a “Blank” Party and a College-wide Halloween party, both of which were free.

In September, a committee released a report recommending several options to attempt to curtail membership in unrecognized social groups in a bid to reshape social life at the College. Faust will weigh in on which of the proposed paths to pursue before she departs the presidency next year.

A previous version of this article incorrectly indicated that the Office of Student Life had created a grant program to incentivize open parties. In fact, House Committee created the grant program.