‘The Burning Girl:’ A Fresh Adaptation of a Bildungsroman 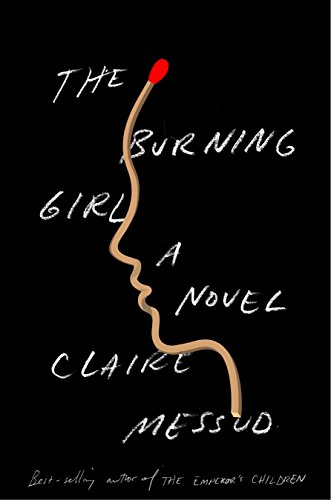 In her new book, “The Burning Girl,” Claire Messud manages to capture a side of growing up that Judy Blume often fails to do. In this coming-of-age novel, Messud strikes the perfect balance between discussing the gracelessness of middle school and keeping the narrative from perpetual awkwardness. While many plotlines have vague endings, Messud’s book succeeds in being more thought-provoking than frustrating. Messud takes the common trope of the coming-of-age story and turns it into something fresh with her mature and truthful depictions of youth.

Many coming-of-age stories—full of awkwardness and puberty-talk for girls—revel in uncomfortable moments when the heroine is bullied, has her first period, or has her first kiss gone bad. However, this type of narrative often oversimplifies its characters: They rarely drink, curse, smoke, or take part in any sexual activity beyond kissing. Messud refuses to paint her character in such a naive light. She knows that many middle schoolers, shockingly, do indulge in these activities. Instead of avoiding them, she brings to light a difficult truth about the youth of today. Messud describes middle schoolers who, “If they weren’t partying, they wanted you to believe they were.” These children exist and the exposure of drugs and alcohol to kids as young as twelve presents another hurdle in the already difficult race to adulthood. Authors who write coming-of-age stories about adolescent girls tend to ignore this hurdle altogether, but Messud is not afraid to lift the veil and expose a truth.

Another way Messud’s novel differs from other bildungsromans is her focus. More often than not, such authors will bring up memories of puberty that evoke a time when no one was comfortable in her own skin. These are used, and overused, as a plot device to make the reader feel as awkward as the main character. But Messud did not write “The Burning Girl” to remind her readers of how everyone’s changing bodies made them strange. She wrote it to explain how it is possible to know someone well for a long time, but still lose the friendship in the end. While still a feeling that is characteristic of teenagerhood, when people outgrow their childhood best friends, losing a best friend has much more emotional depth than stuttering in front of a crush or forgetting your line in the school play. Although moments of discomfort appear in the novel, they carry an emotional weight much greater than the more obvious moments that other authors of similar novels include in their stories.

Open endings can be frustrating: Messud leaves many loose ends open to interpretation, but also helps the reader digest what has happened and what could happen to the characters. The main character ponders how she could have known her friend so well yet also not at all. She reflects “don’t know anything at all, except how the story should go, and we make believe it’s our story, hoping everything will turn out okay.” Important themes rise to the surface, from how and when people present their true selves to others, especially family members, to the point at which a friendship falls apart.

With a synopsis that promises “just another book“ about a girl figuring out herself and her body in her adolescence, Claire Messud manages to deliver a more mature and complex story than most like it, with an ending that makes one think, mentions of darker topics that truly affect children of middle school age, and a focus on relationships of depth rather than awkward incidents. Although not everyone has a best friend that went through what the heroine in “The Burning Girl” does, this novel still evokes the memory of a time when one’s skin was uncomfortable to live in and each person struggled to decide where in this world they fit in.

—Staff writer Caroline A. Tew can be reached at caroline.tew@thecrimson.com.