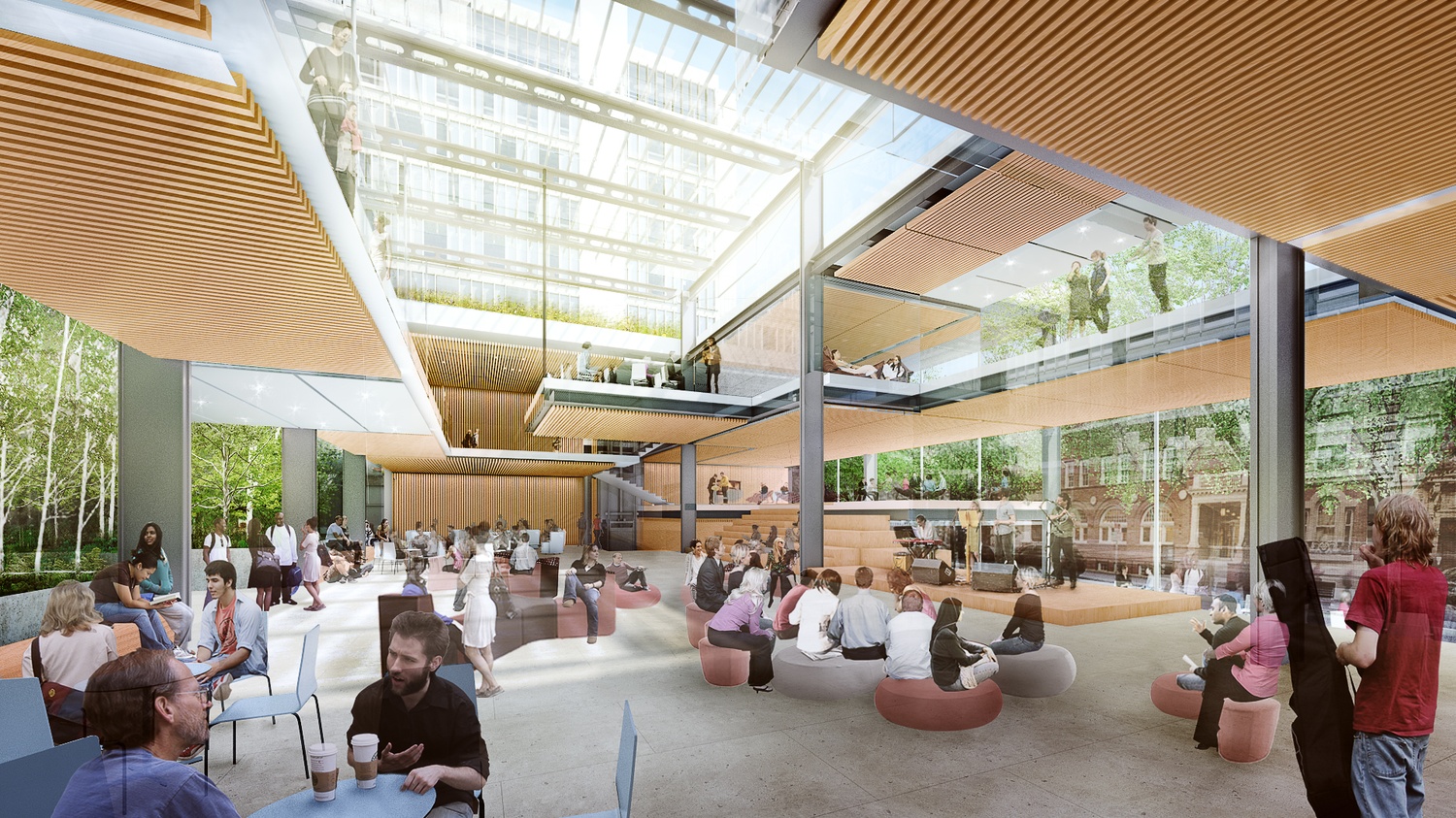 An artist's rendering of the indoor living room at the new Smith Campus Center in the daytime. By Courtesy of Hopkins Architects
By Madeleine R. Nakada and Kenton K. Shimozaki, Crimson Staff Writers

The renovated Smith Campus Center will feature a bar for Harvard affiliates on the building’s top floor and a remodeled arcade home to eight food vendors when it opens in September 2018.

The tenth-floor campus bar, overlooking the Charles River and the Allston campus, will serve alcohol and adjoin two fireplaces and “semi-private lounge spaces” that small groups will be able to reserve. Tanya Iatridis, senior director of University Planning, said she envisions the bar as a “flexible” common space where students and faculty members can informally gather during the day and evening.

“I just have this vision—some people eating lunch, talking with friends, individuals doing work, some people in front of a fire,” Iatridis said of the tenth floor common space. “It will change during the time of day, and in the evening, there might be some jazz going on,” she said.

The ground floor will feature a new welcome center and around eight food vendors. Swissbäkers, a family-owned bakery based in Boston, is the only vendor that has been confirmed, but other companies are in talks with Harvard’s real estate office, according to Iatridis. 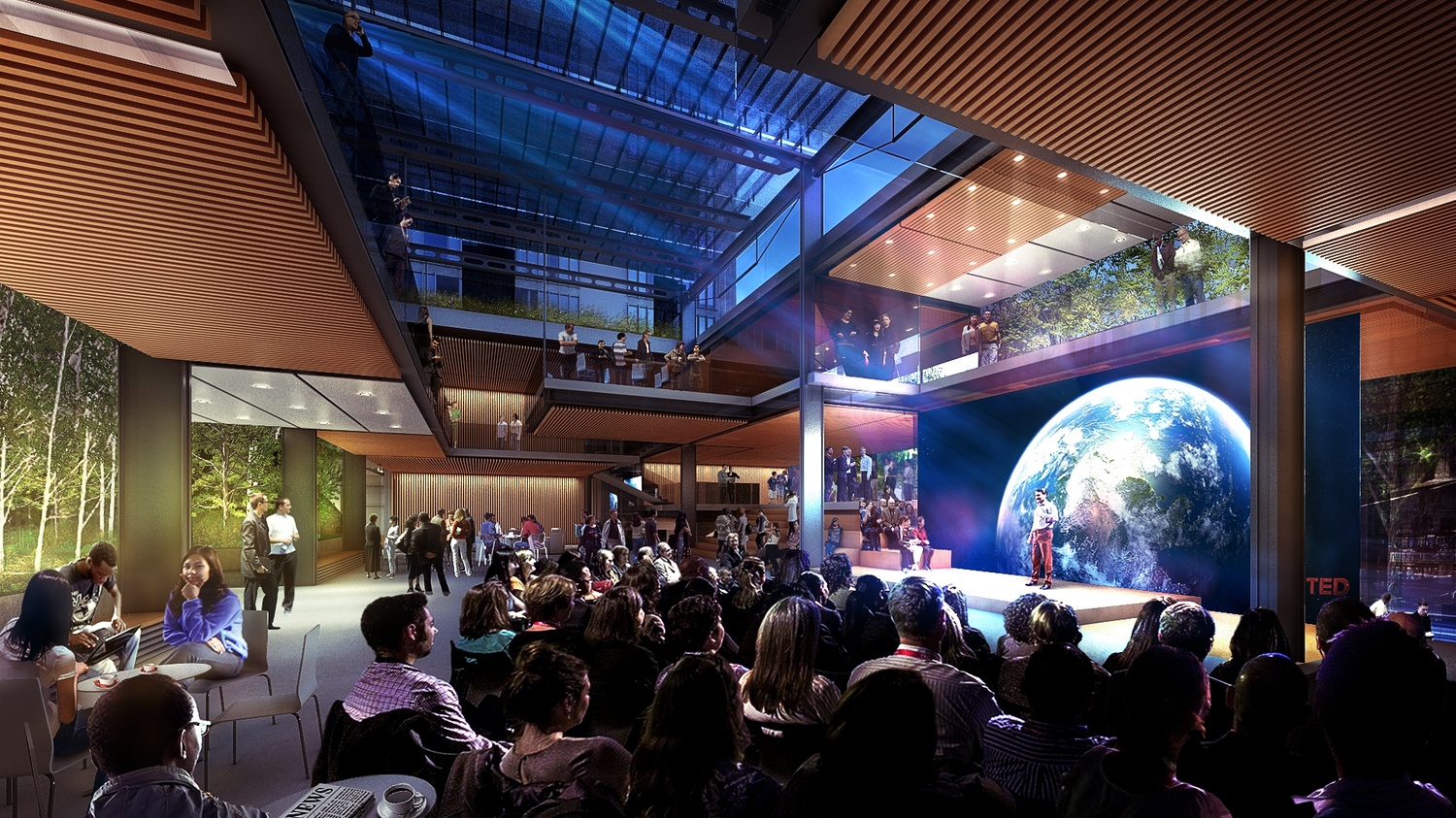 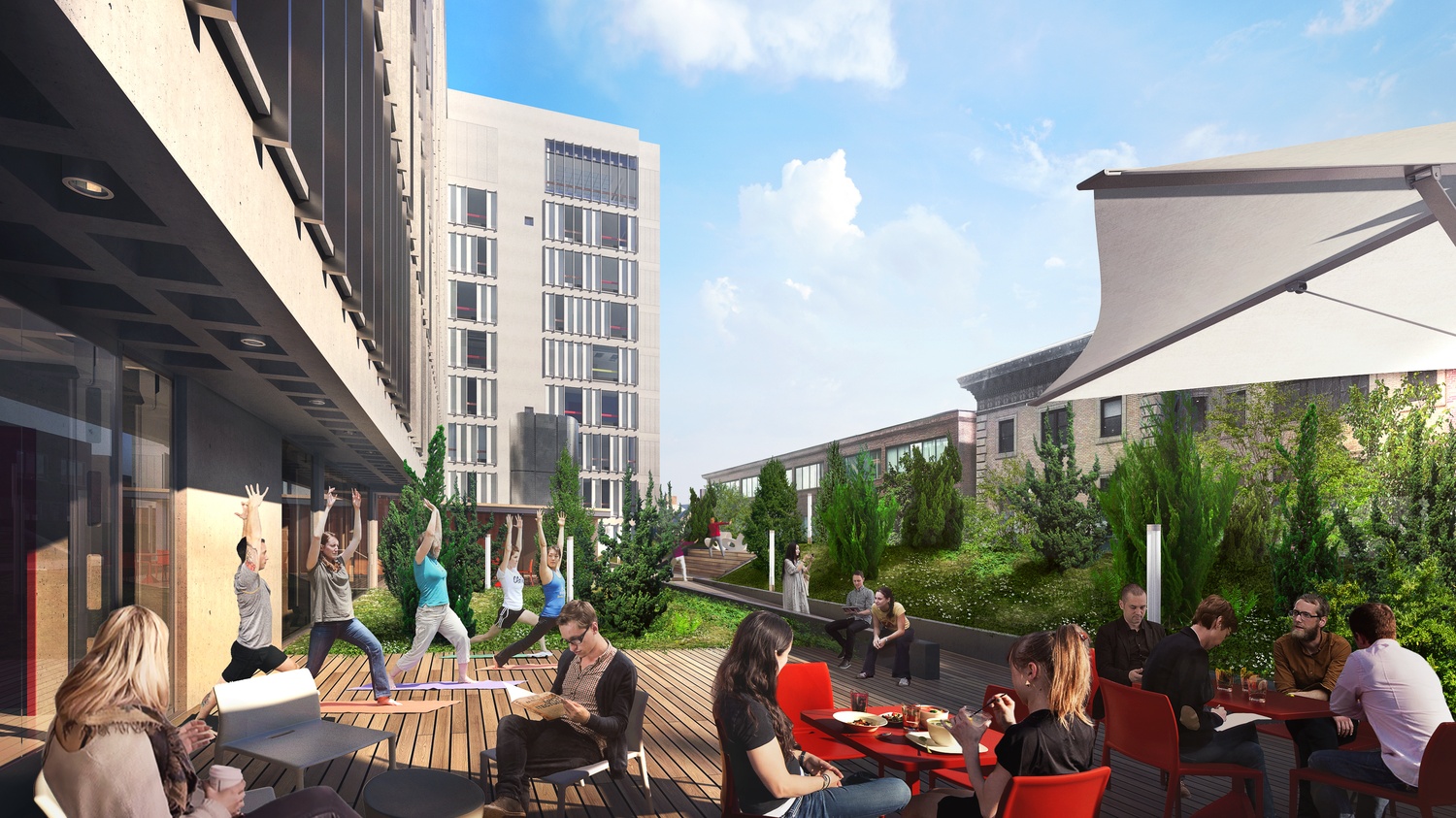 A new outdoor deck on the second floor of the building facing Dunster Street will serve as one of many public seating areas. The arcade will abut an indoor common space with couches and bleacher seating.

Many of the interior architectural designs for the first, second, and tenth floors of the Brutalist-style building at 1350 Mass. Ave. remain unchanged since preliminary plans were unveiled in January 2015.

While renovations to the building continue on schedule, planning for the project has often been rocky for Harvard, as the University continues to draw criticism from some Cambridge residents and local businesses. 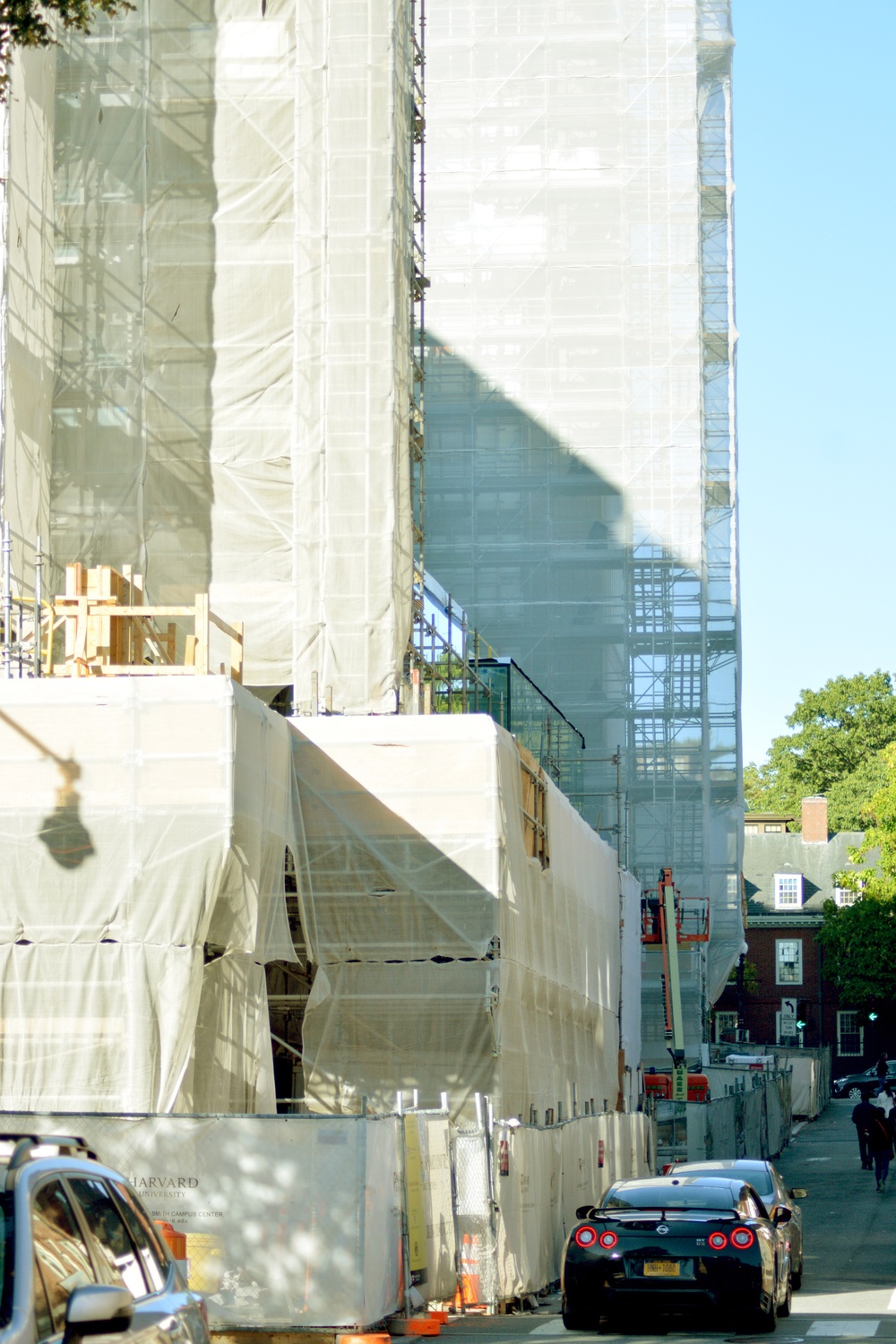 Construction at the Smith Campus Center is on-going. By Maria J. Perez Franco

In mid-2015, the Cambridge Board of Zoning Appeal approved revised plans for the University to move ahead with the project after Harvard addressed concerns that the renovated building would encroach upon historic open spaces in the Square. At the onset of the development, several businesses were forced to vacate their ground floor spaces when the building went under construction.

En Boca, a Mediterranean-inspired tapas restaurant, opened across the street from the Smith Campus Center mid-construction in October 2016. After the restaurant closed in June, its parent company filed a lawsuit against the University, alleging that Harvard misrepresented the scope of the renovations on the building that resulted in a loss of foot traffic and ultimately revenue for the restaurant.

The Smith Campus Center, formerly known as the Holyoke Center, was renamed in 2013 following an donation of an undisclosed amount from Richard A. Smith ’46, a former member of the Harvard Corporation, and his wife Susan F. Smith.

At the time of the Smith Center’s groundbreaking ceremony in 2013, University President Drew G. Faust said the building would serve as the “physical embodiment” for her vision of “one University.”

The majority of the building’s administrative offices have remained open during construction, though entrances have shifted several times. For now, Harvard affiliates crowd into a makeshift tunnel on Dunster Street to enter the building. In a year, they’ll pass through a gleaming glass panel facade—the University’s new “front door.”

—Staff writer Madeleine Nakada can be reached at madeleine.nakada@thecrimson.com.