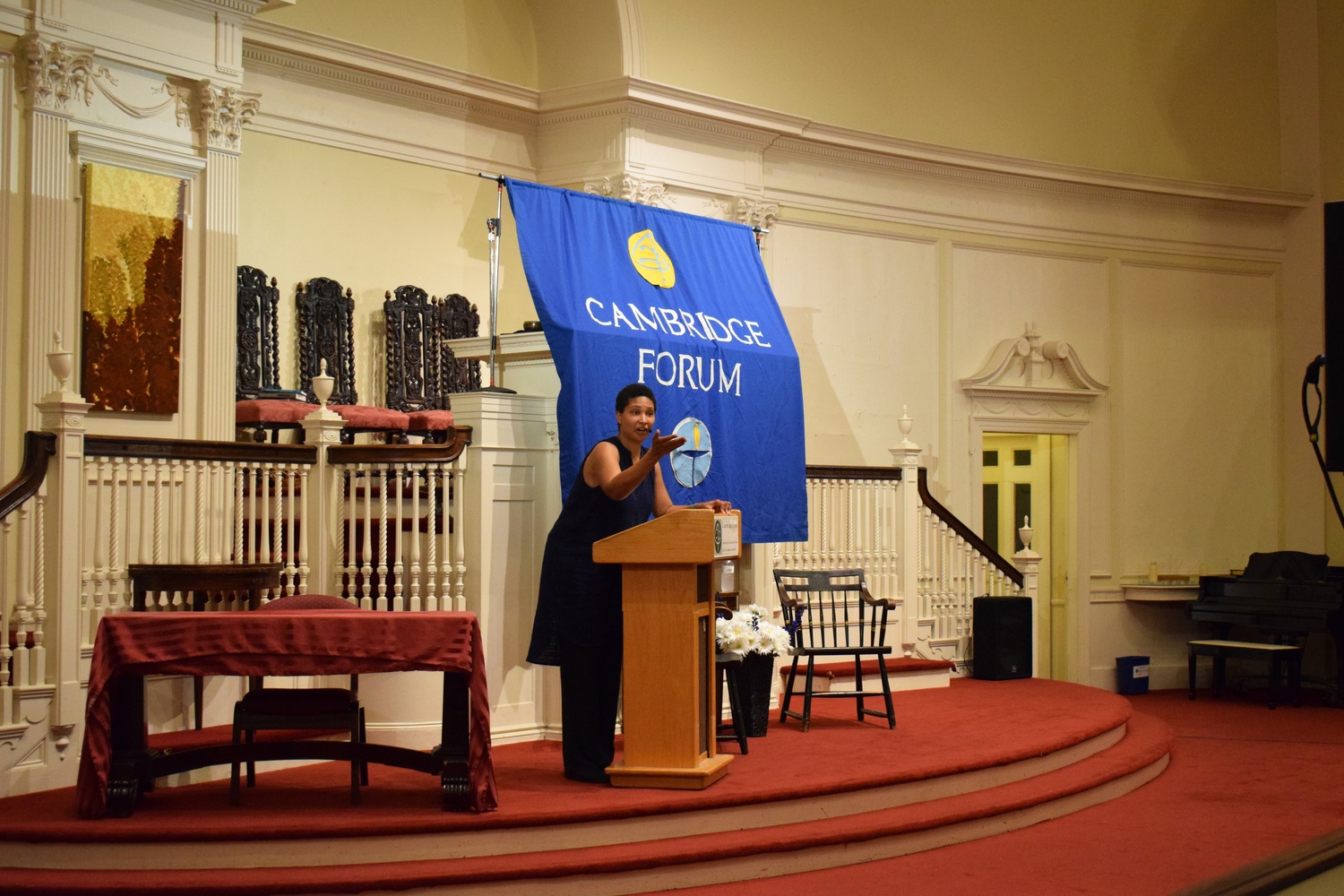 Government Professor Danielle S. Allen is withdrawing her faculty motion that would assert Harvard’s authority over unrecognized social groups, despite a unanimous affirmative vote on the motion by the Faculty Council last month.

Allen wrote in a “statement of withdrawal” that she decided to remove the motion from consideration after Wednesday’s meeting of the Faculty Council, the Faculty of Arts and Sciences’s highest governing body.

Allen originally introduced the motion at the Oct. 3 meeting of the full Faculty, and it would have been eligible for a vote at the upcoming Nov. 7 meeting. As is standard procedure, the Council cast a non-binding, advisory vote on the motion before the Oct. 3 meeting. This vote indicated unanimous support.

The motion, however, generated confusion and questions about its legality and feasibility during discussion at the October meeting. In an interview after the meeting, FAS Dean Michael D. Smith said he was unsure what steps would result from the passage of the motion.

The motion comes in response to a May 2016 policy stating that, starting with the Class of 2021, all members of single-gender social organizations are ineligible to hold club leadership positions or athletic team captaincies, or receive College endorsement for certain postgraduate fellowships. This policy is still subject to change: University President Drew G. Faust will choose to either affirm the original policy, or choose another option, such as a total single-gender social group ban.

Although not part of the motion itself, Allen added that she thought the appropriate punishment for a student not in compliance with these policies—such as those in a single-gender social organization—would be expulsion.

A few days after the meeting, Allen published a letter to the editor in The Crimson, seeking to clarify her motion. In her statement of withdrawal she clarified further, explaining that her motion was designed to discuss both “principle” and “process.”

Allen wrote that she hoped that if the motion passed, Dean of the College Rakesh Khurana and a faculty committee would complete the work of “policy reconciliation.”

Allen wrote that her decision to withdraw the motion was informed by discussion at the Faculty Council meeting.

“Importantly, the process I was laying out also involved a conceptual paradigm change, a shift in how we think about articulating policies for student organizations from a focus on the organizations to a focus on student behavior,” she wrote. “During the course of Faculty Council deliberations on Oct 25, I concluded that the view of process that I was trying to lay out was too technical and its interaction with the paradigm change I describe here too subtle to serve well as the basis for debate in our faculty meeting on Nov. 7th.”

In addition to this discussion, the Faculty Council also heard three different policy proposals that will be put to the full Faculty for a vote. The first, approved by the Council, would move the monthly meetings of the full Faculty from Tuesdays at 4 to 5:30 p.m. to Tuesdays 3 at 5 p.m. to accommodate for a new class schedule set to take effect in the fall of 2018.

The second policy would cap the number of classes in which College students can cross-register at two, barring special permission from their concentration. Currently, there is no standardized maximum number.